SHELBOMB!!! BOMBSHEL!!! HOLY SHIT!!! While Woj is packing up bombs in a bunker in Bristol as The Worldwide Leader waits for midnight to strike, all his ammunition is being scooped up by other reporters.

I did NOT see that trade coming. I guess once Blake was off the market, the Thunder figured they had to make some sort of a move. But it didn’t seem like a move for Paul George was in the cards. I mean the only Photoshop I could get of Paul George in a Thunder uniform came from a site called Fadeaway World. 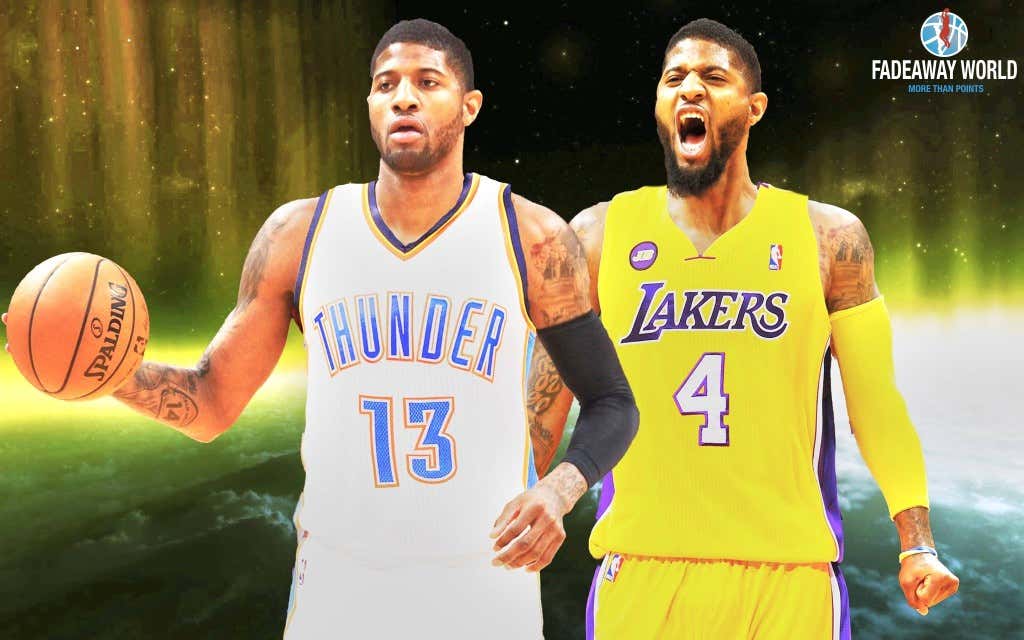 People have said the Warriors are about to go on a run of titles here. But you have to imagine the Thunder will be able to match them with a core of Russell Westbrook, James Harden, Kevin Durant, and Paul George.

Regardless, the NBA offseason is about to pop the fuck off and the Western Conference keeps getting stronger. This should be a fun next couple of weeks. And just like last summer, I am praying to God we get another emoji war.

If any GMs that missed out on Jimmy Butler and Paul George are looking for a scorer, I know a guy that is only the most decorated Olympics basketball player ever.

Anyway, Paul George is still going to the Lakers next season regardless, right? I guess that’s why the Pacers got back like 40 cents on the dollar.