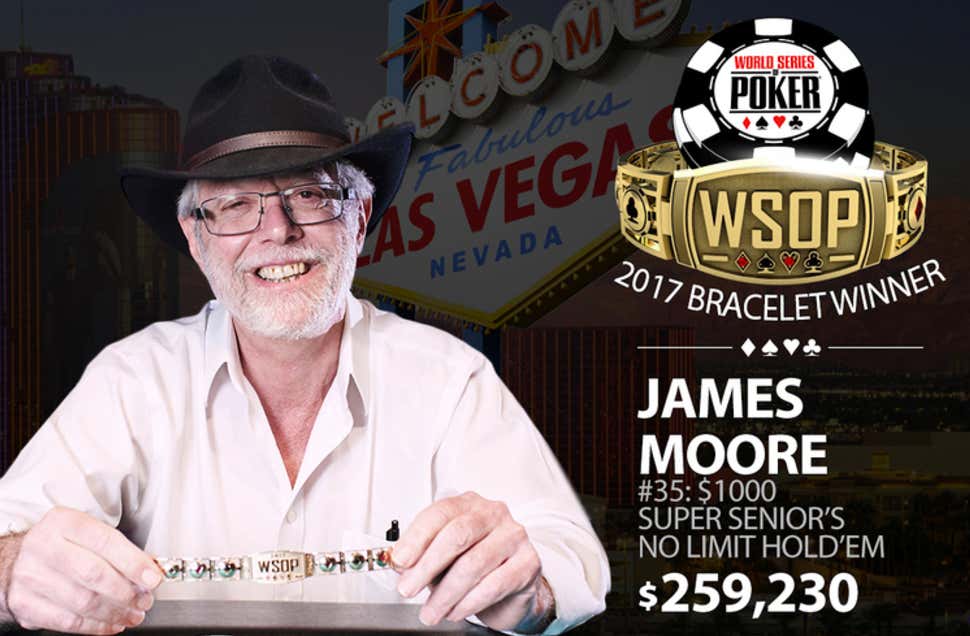 Card Player - Does the above winner photo look familiar to you? That’s because James Moore has successfully defended his 2016 World Series of Poker title in the $1,000 buy-in Super Seniors event.

It’s almost unheard of given the massive fields at the WSOP, but the 66-year-old who resides in New Hope, Pennsylvania managed to navigate a record turnout of 1,720 players to notch back-to-back victories and add $259,230 to his bankroll.

Moore even wore the same hat as he posed for his second bracelet photo in as many years.

“I am shell-shocked at this point,” Moore told WSOP reporters after his win, adding that he would be back to defend his title in 2018. In total, the practicing physiologist has earned $489,856 in this event over the last two years. His only other WSOP cash game in the 2013 Seniors event.

The event was open to players 65 years or older.

I love good WSOP story. Earlier this year, we had Purple Heart Recipient John Smith get 2nd in the $10k Heads Up Event for the second year in a row.

Last year we had a player fold quad 7’s, which is just an unreal fold if he was right.

And now we have our 2nd feel good story of this WSOP, both with older gentlemen, as James Moore has won the “Super Seniors” event, an event just for people aged 65 and older, for the 2nd year in a row. Going back to back final tables is one thing, but going back to back winning the entire tournament is hard as fuck.

And I love that a tiger doesn’t change his stripes. His picture last year with the same hat, possibly same shirt, same million dollar smile. 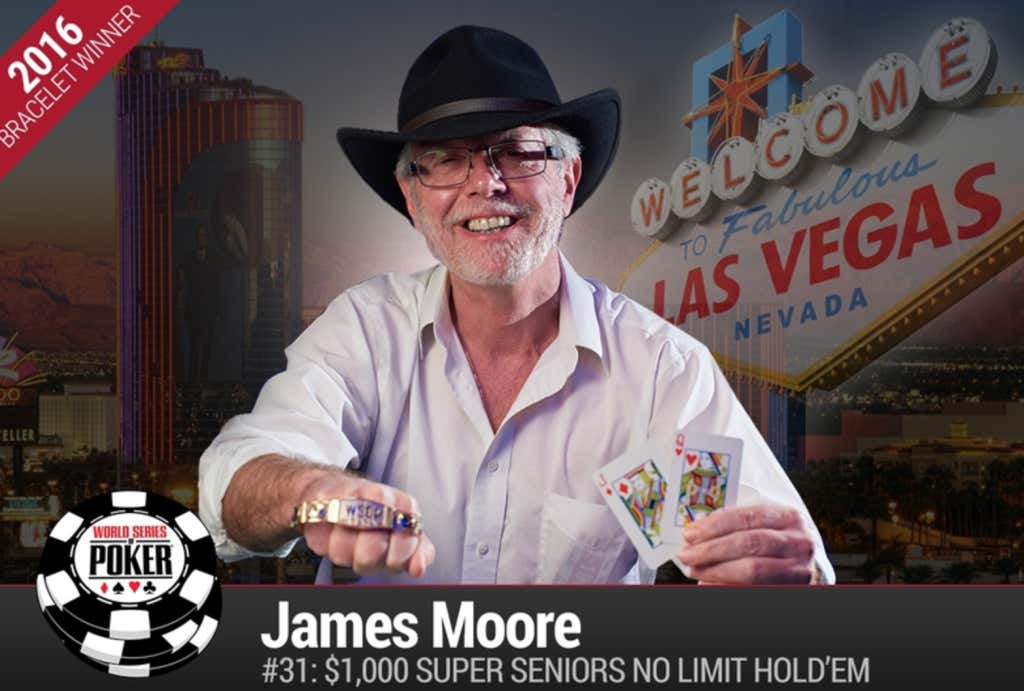 We’ll be on the lookout for more cool stories from the WSOP. Also, the Main Event will be live on ESPN, and they’ll probably put the big names like Hellmuth or Negreanu at the featured table, so that should be fun in a couple weeks.

james moore back to back+ 4 Tags