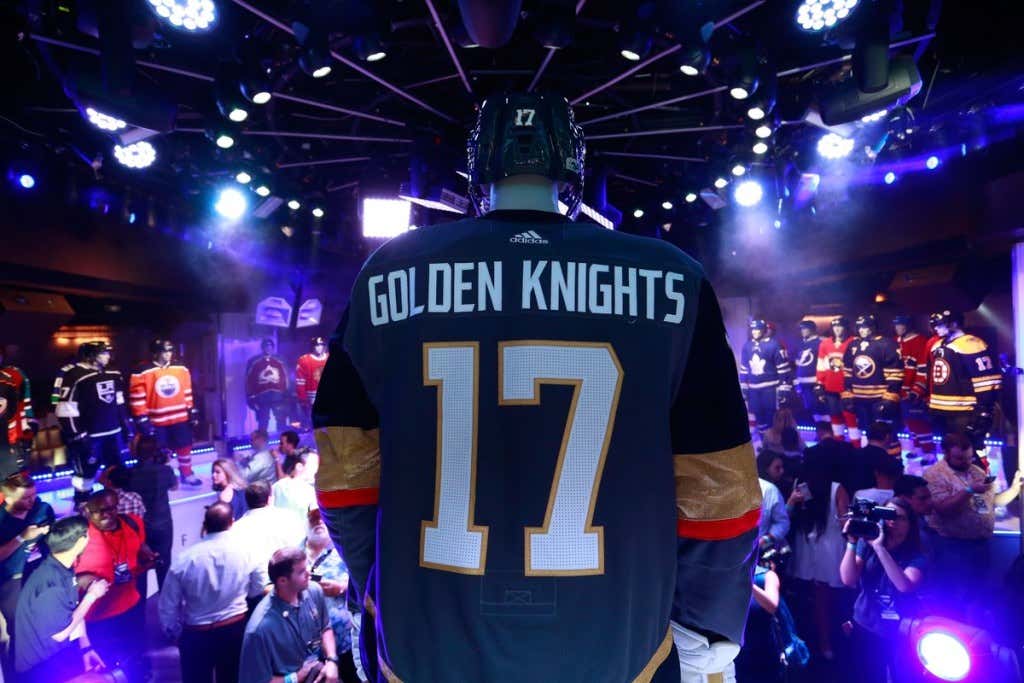 George McPhee and the Vegas Golden Knights submitted their expansion draft picks to the league at 10 this morning. The idea was for all of the picks to be announced later tonight at the NHL Awards but it’s 2016 and obviously information like this is going to get leaked. The hockey world has been waiting for over a year to see this roster so if you think we could have waited just a few more extra hours, you’d be dead wrong. Anyway, some names that you’ll see selected tonight are starting to get leaked so I’ll just put down everything we know right now. Obviously there are a ton of deals that are involved with plenty of these picks and we may not know all the details of them for a few more days. We’re talking draft picks that are still 3 years out from now. But nobody actually cares about those right now, we just want to see the names. So here we go.

Real quick on this. Good for Pierre Edourd-Bellemare. Guy worked his ass off to break into the NHL at the age of 29. Coming into the league from France is such a rare thing, especially when you don’t get your shot until that age. Guy continued to work his ass off and earn himself a couple of contract extensions in Philly. Even got himself an A on his sweater at the end of last season. And now he’s an expansion pick. Will probably get a letter on his sweater in Vegas. Gonna miss Pebbles but I’m happy for the guy.

And that’s about all I’ve seen so far today. Could be missing one or two but we’ll know all 30 soon enough.