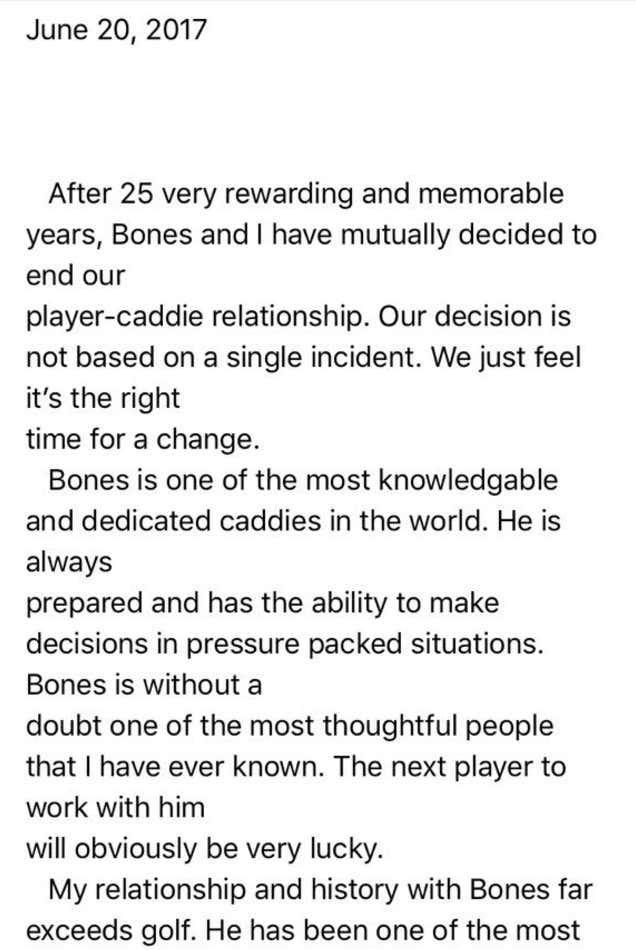 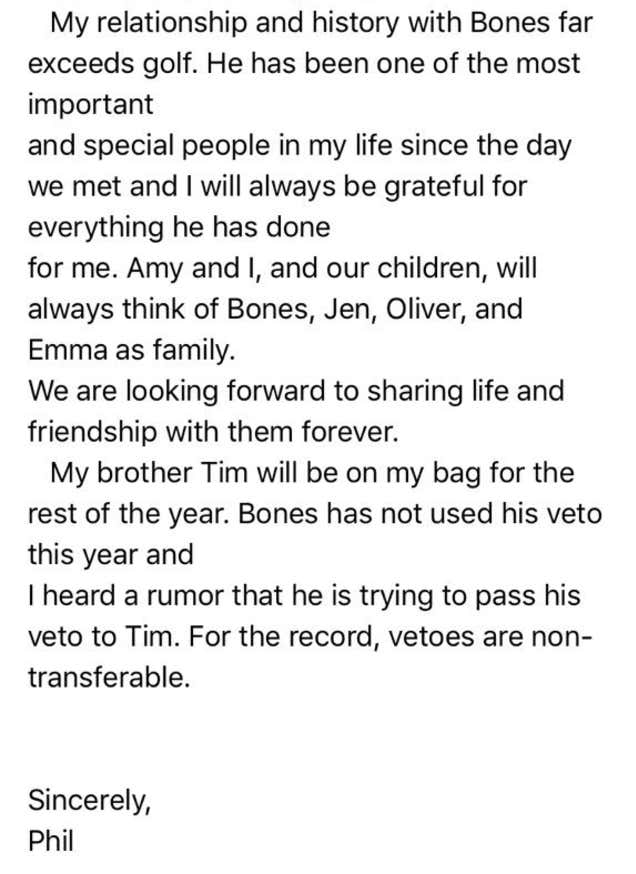 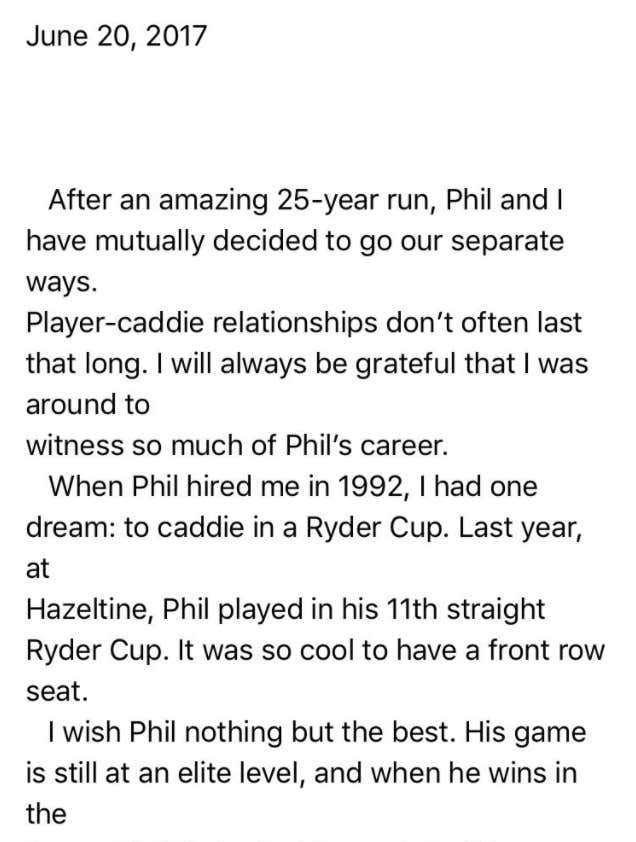 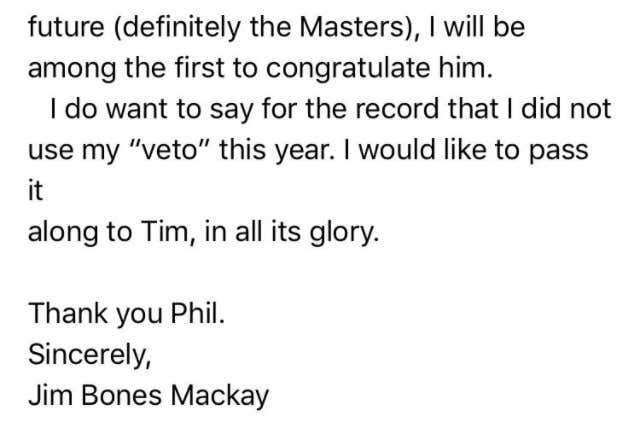 Huge bomb dropped on the golf world today. Peeps are stunned. Golf writers hammering away on the typewriters to bleed their shock into the printed word. How could the beloved, inseparable couple of Phil Mickelson and trusty caddie Jim “Bones” Mackay, after 25 years, call it quits? I’m pretty stunned myself. Pretty sad.

Very peculiar timing. Less than a week ago, Bones was walking Erin Hills alone in the off chance his then-boss could find a 4-hour delay and make his opening tee time. That whole saga was obviously bizarre; this is even weirder. Phil is still playing damn well for a 47-year-old, and Bones just had both his knees replaced in October. They seemed primed for one last run.

Nope. Less than 2 years ago, Phil and longtime coach Butch Harmon also separated. And Phil hasn’t won since the Open Championship in 2013. Looks like, for the final push of his career, Phil wants a clean slate and a fresh approach. And, as Bones noted, 25 years is an UNBELIEVABLY long tenure for a caddie/player relationship.

They’ll both be fine, and it sounds like things ended well. At least way better than Stevie and Tiger.

PS — Shoutout to this being the most Phil statement of all time. Caddie veto “non-transferable”? Surprised he didn’t save that one for the next presser.