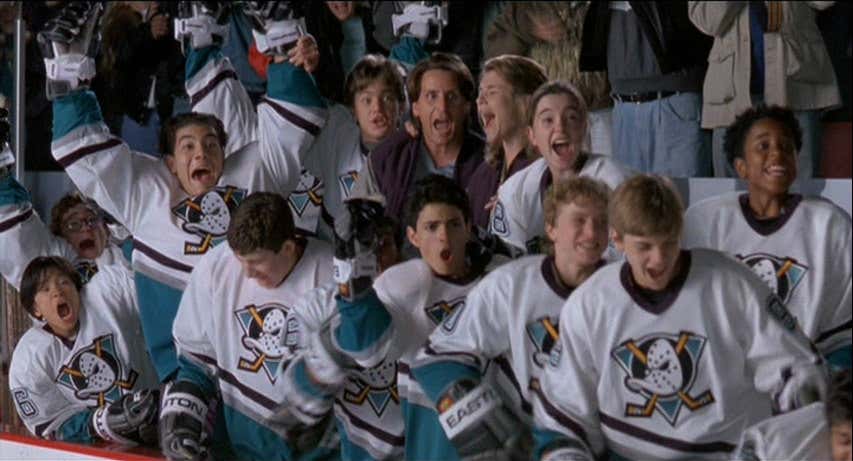 Tomorrow is a huge day for the hockey world. We will be introduced to the 31st franchise in the National Hockey League and the roster will be unveiled during the NHL Awards (unless we get some leaks ahead of time). But that’s tomorrow. Which means we still have another 24 hours to do nothing but fuck around to kill some time. Which leads us to the 2017 Hockey Movie Expansion Draft.

Let’s take all of the great hockey movies that were ever made. There are literally half a dozens of them. You’ve got Slap Shot, you’ve got Mystery, Alaska, you’ve got The Mighty Ducks, you’ve got Goon, you’ve got Youngblood, you’ve got Miracle, and then you’ve got MVP. There are definitely at least one or two more out there that I’m forgetting about but these are the big boys. The movies that define an entire genre. So what we’ll do here is allow each movie to protect 2 players and then we’ll select one from each movie’s unprotected list. I’m not saying that this expansion draft team will be able to win a championship next year. But when you think about the kind of talent that’ll be left out there, this team will be competitive at the very least. So let’s get right to it.

– Reggie Dunlop: player/coach. Not the greatest player anymore but is too important to team’s success to lose for free. 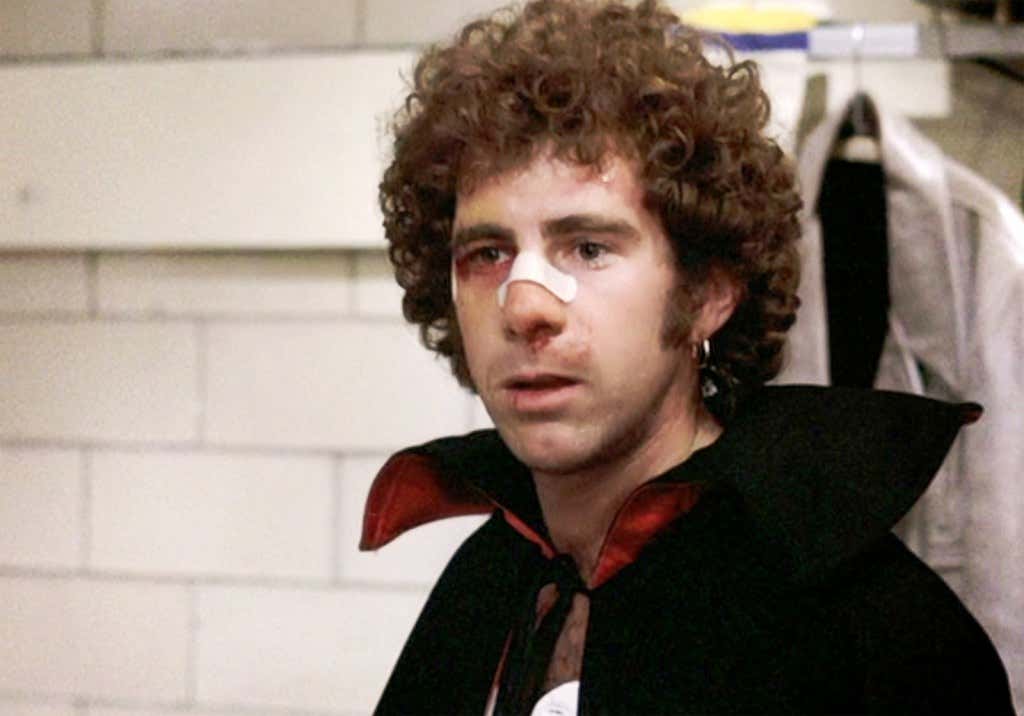 Dave “Killer” Carlson. What he did for the Charlestown Chiefs was prove that he’s willing to do whatever it takes to help his team win. He is the ultimate teammate and plays for the name on the front of the jersey, not the one on the back. Clearly the environment in the Charlestown lockerroom was a little too toxic for him and a change of scenery will be great for his overall game. But expect him to bring that same selfless attitude with him to his new team.

– Stevie Weeks: same thing as Braden. Young star who is going to be the face of this franchise for years to come. Assuming a stint with the New York Rangers doesn’t pan out.

– John Biebe: same this as Reg Dunlop. Too important to the team to lose in expansion draft. Would they be willing to explore some options at the Trade Deadline to get some assets for him? Sure thing. But you just can’t lose John Biebe for free. 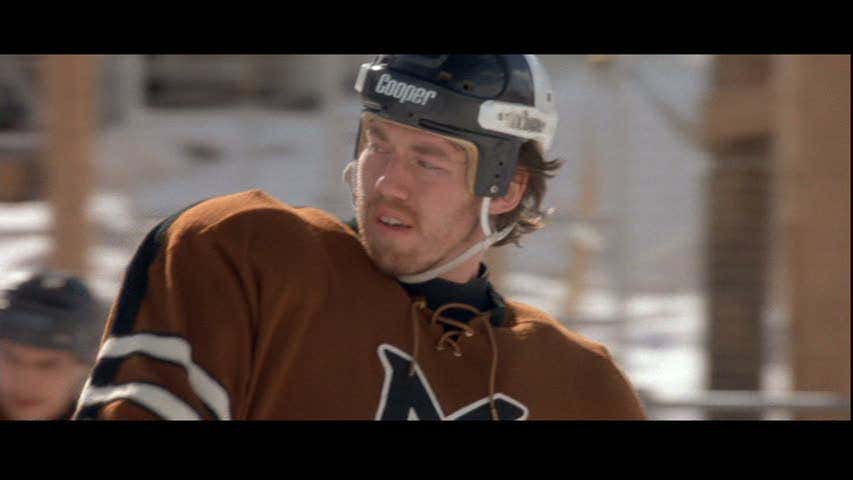 Tree Lane. He has game changing size out there on the ice. Just doesn’t always know how to properly use it. With that said, he’s still an intimidating presence out there and can clear the front of the net. Will be huge considering team won’t have any “elite” level defensemen.

– Jack O’Callahan (RIP Michael Mantenuto): O.C’s flow was sculpted and tamed by the Hockey Gods themselves. You don’t even think about hitting that head of hair with a protection slot. You just do it.

– Jim Craig: despite the rumors, Jimmy Craig is not a sieve. Don’t get me wrong. I’ve got plenty of love for Steve Janaszak. But without Jim Craig between the pipes, I don’t even see this team getting by West Germany. 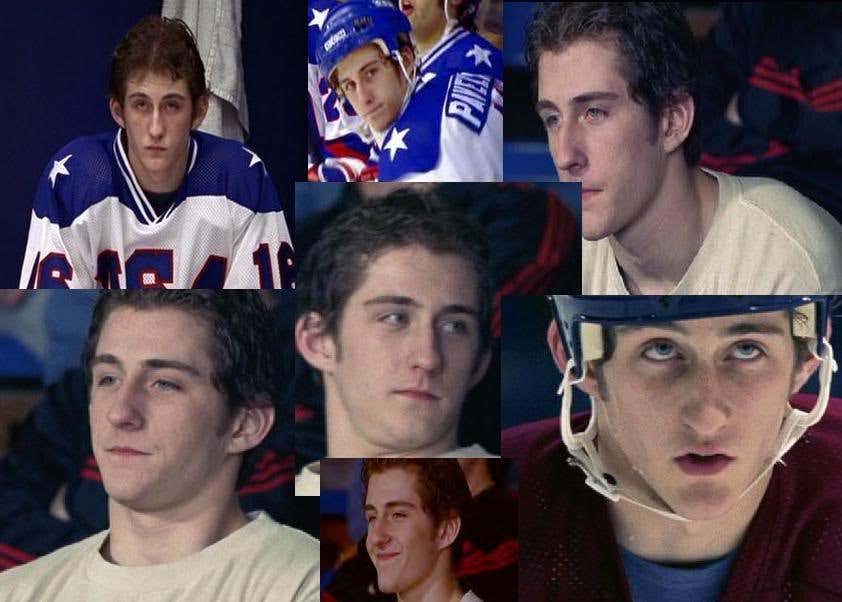 Mark Pavelich. I know a lot of people probably think Eruzione is the pick here but people forget Pavelich had the assist on that game winning goal against the Soviets by forechecking his ass off and squeaking that puck out to Rizzo. He also had the assist on the tying goal against Sweden and was on the Conehead line. Arguably the most important piece to that 1980 team outside of Jim Craig. What you’re getting with Mark Pavelich is a guy who elevates the play of everybody around him. Could be on your top 6, could be on your bottom 6, he’s just versatile and always producing.

– Adam Banks: easiest decision of all time. You think the Penguins would leave Crosby unprotected? And Crosby isn’t even half the player that Adam Banks is. Fuckin’ cake eater

– Charlie Conway: I’ve got into detail plenty of times before on how I don’t think Charlie Conway was actually any good at hockey. And for the most part, he was a shitty leader. With that being said, he’s still the heart and soul of that Ducks team so you have to hold on to him. 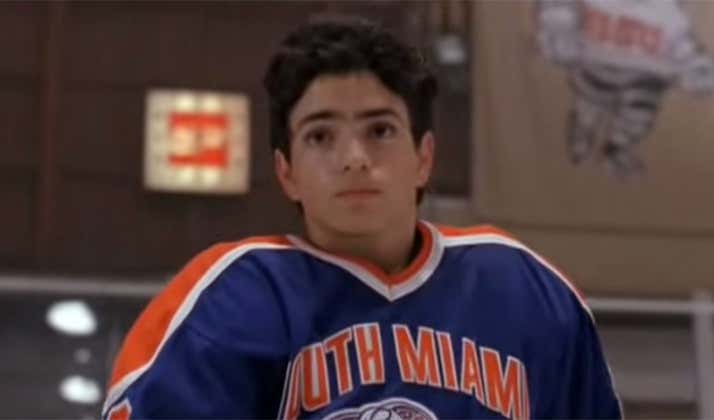 Luis Mendoza. Speed is the name of the game in today’s NHL. You’re not going to find anybody who brings the gas more than Luis Mendoza/Benny The Jet. Simple as that.

– Xavier Laflamme: definitely a shit head but it’s hard to argue with the talent he brings.

– Doug Glatt: Gotta protect the main character. Plus, Doug is way too loyal to leave the Highlanders. 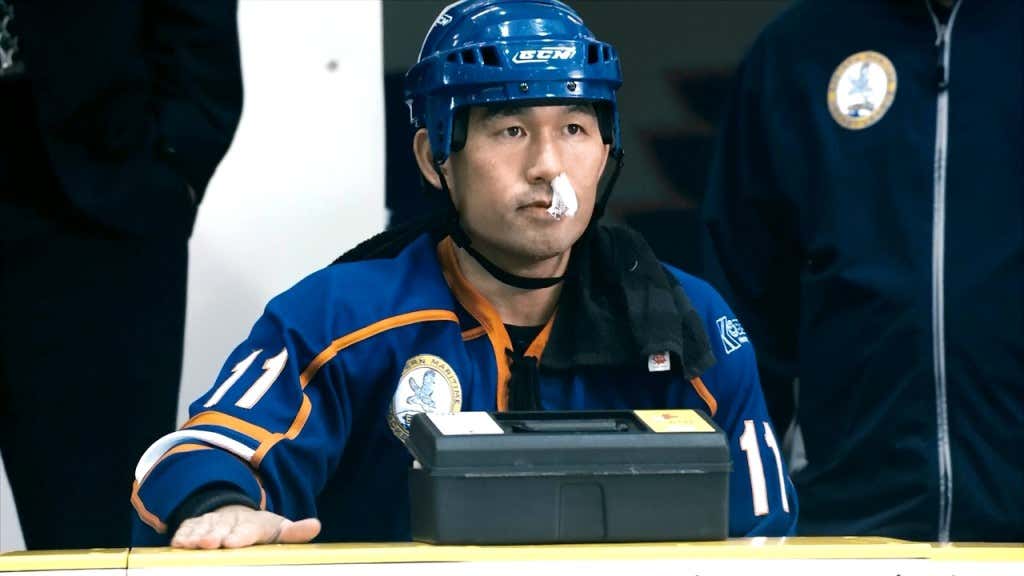 Icing the puck’s like an equation, eh Parky? Park Kim. Another great glue piece for this group of forwards. Pavelich brings the heart. Mendoza brings the speed. Park Kim brings the Hockey IQ. Just wait for them to gel.

– Dean Youngblood: Really shouldn’t have to explain this one.

– Derek Sutton: Again, these protections are all pretty self-explanatory. 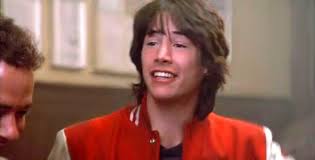 Heaver. If you think for a second that I’m expansion drafting a hockey movie team and not picking up Keanu Reeves, you are high as a fucking kite. Also, we need a goalie. Obviously there are tons of great ones to choose from between Denis Lemieux, Goldberg and Belchy. But Keanu Reeves is my guy between the pipes. 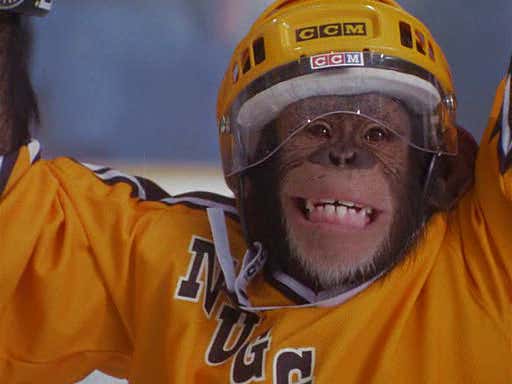 Sorry but I’m not taking anybody from the Nuggets unless it’s Jack. I don’t care what we have to do to get him, but I’m getting that monkey on my team.

And there you have it. Your 2017 Hockey Movie Expansion Team. Obviously there are other players in all of these movies that weren’t on the main team that could have been selected. But then it would have turned into an actual expansion draft where I have to protect 10 different players and go through all those rosters and yada yada yada. Way too much work for a hypothetical blog.