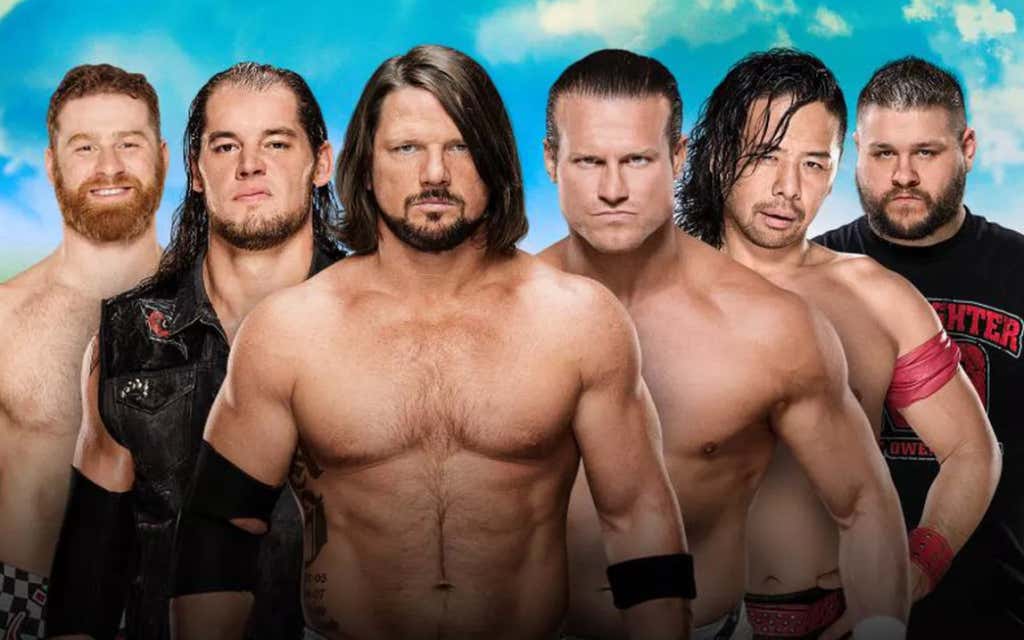 Sup folks! One of my favorite pay per views of the year takes place this weekend in (spoiler alert) Randy Orton’s hometown of St Louis, and it’s Money in the Bank. For the past few years, I’ve felt Money in the Bank was WWE’s 4th, if not 3rd most important (and consistently best) show of the year, especially with the Royal Rumble’s decline recently. This year, it doesn’t feel nearly as big as it has, for two reasons:

1. This is a SmackDown exclusive pay per view, and SmackDown’s been on the steep decline since the Superstar Shakeup.

2. Jinder Mahal vs Randy Orton II is the main event.

There’s one reason to be VERY excited, however:

1. Money in the Bank cash ins have an 82% success rate. This means the odds are in the favor of whoever’s challenging Jinder. This means maybe Jinder won’t be in a championship match at Summerslam.

I want to remind you all that myself and Carrabis have a wrestling podcast called From The Top Rope, and on this week’s episode with Cody Rhodes, we gave our predictions for Money in the Bank. You can listen to that HERE. To promote week one, I’m going to be giving just a brief blog preview. If you enjoy the pod, please rate/review. You’ve got no idea how much that helps. We’ll have a Money in the Bank recap podcast going going out on Monday, so also make sure to suplex that subscribe button. 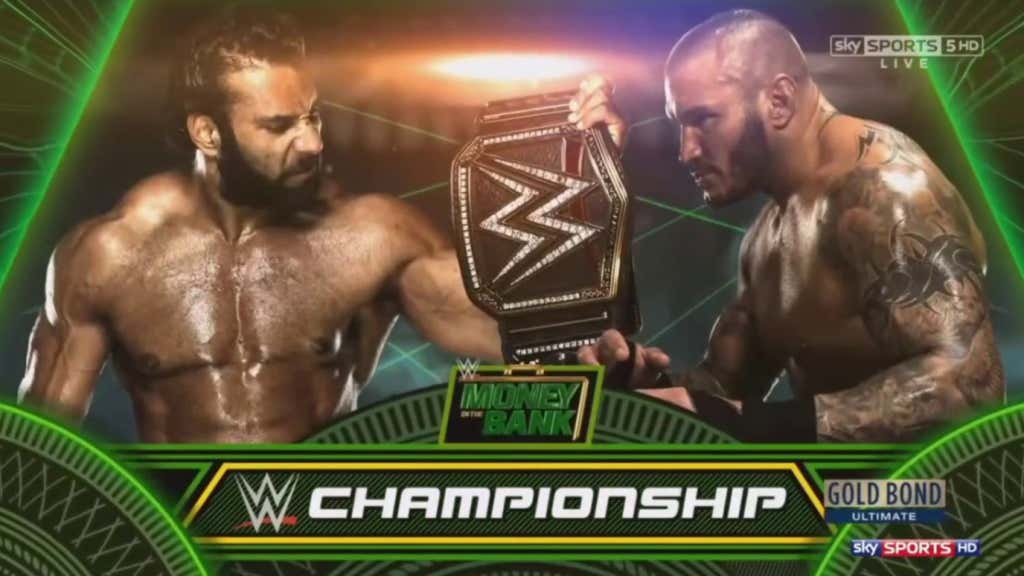 Jinder Mahal (c) vs Randy Orton for the WWE Championship

Nobody wins in their hometown, and the title isn’t being pulled off Jinder right after they went all in on him. “Cowboy” Bob Orton will be front row, and that’s been played up on screen, so maybe he’ll hit one of the Singh Bros with his cast. I dunno. This won’t be good.

This will be, far and away, the best match on the show. Half of the participants too place in a ladder match to open WrestleMania 32 which was great, AJ Styles is one of the best wrestlers in the world and took some ridiculous bumps in a ladder match with JAMES ELLSWORTH, so that’s a ridiculous layer as well. Shinsuke’s never been in a ladder match because there has only been one of those in NJPW history and it was AFTER he left, and I think he’s afraid of heights.

Baron Corbin is the only one I left out…and some may even say he’s a…Lone Wolf. He’s my predicted winner here, and I’d be PERFECTLY fine with it. Baron’s showed clear improvement

Now this won’t be a weekly thing, it’ll only be for this one time, but listen to From The Top Rope with Cody Rhodes to hear the rest of our thoughts on the show!