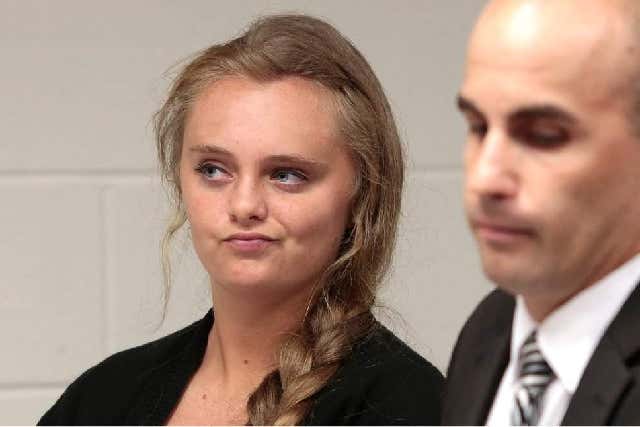 Source – A young Massachusetts woman accused of sending her boyfriend dozens of text messages urging him to kill himself when they were teenagers was found guilty of involuntary manslaughter Friday.

Michelle Carter was charged in the death of Conrad Roy III. Carter, then 17, cajoled Roy to kill himself in July 2014 with a series of texts and phone calls, prosecutors alleged. Roy died when his pickup truck filled with carbon monoxide in a store parking lot in Fairhaven. After he exited the truck, Carter told him to “get back in,” prosecutors said.

While Roy took “significant actions of his own” to take his own life, Carter’s instruction to get back in the truck constituted wanton and reckless conduct, the judge said.

If you haven’t been following this case, it’s been making a ton of news in Massachusetts not just Michelle Carter is the most despicable human being imaginable, but because it’s setting a legal precedent. By way of full disclosure, I just should say off the top the prosecutor who won the case is a friend of mine. It has absolutely zero bearing on what I’m about to say, but when you’re a celebrated journalist like me you have to be upfront about such things.

Anyway, this miserable little worm didn’t just “cajole” her boyfriend to kill himself. She demanded it. Coached him up. Gave him locker room pep talks. Mindfucked him into it. She took a desperate, depressed kid who was begging for help, pressed all his buttons every time he had second thoughts and flat-out shamed him into taking his own life. These are just a small sample of their text exchange: 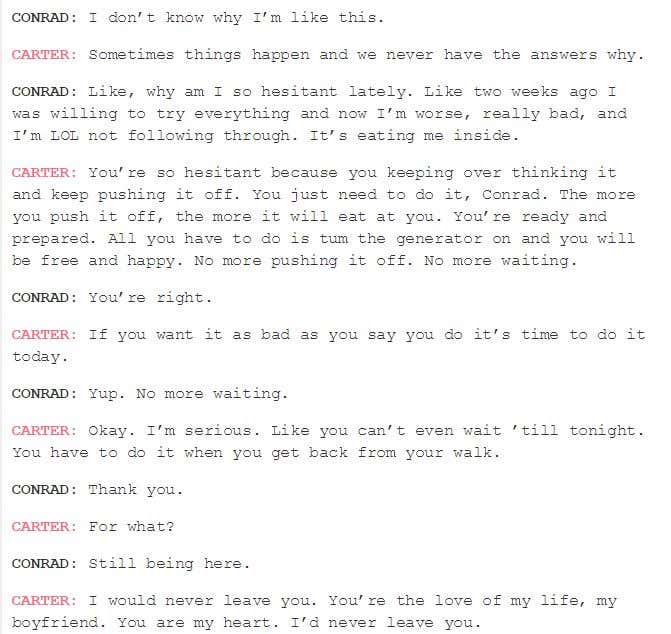 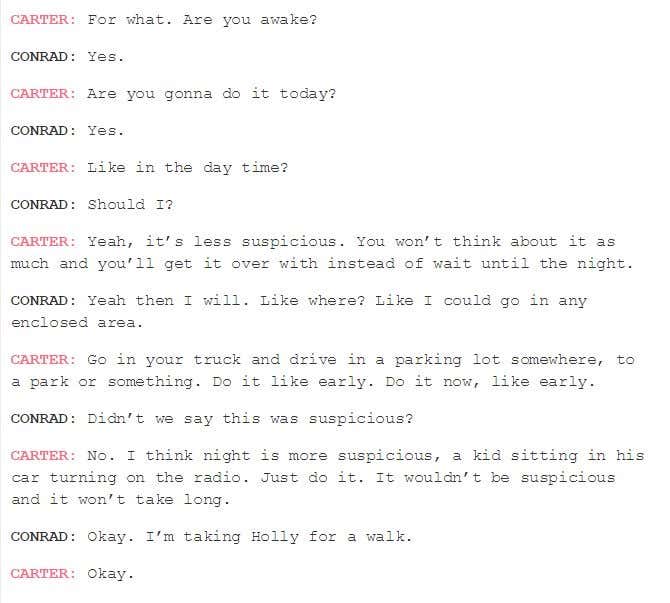 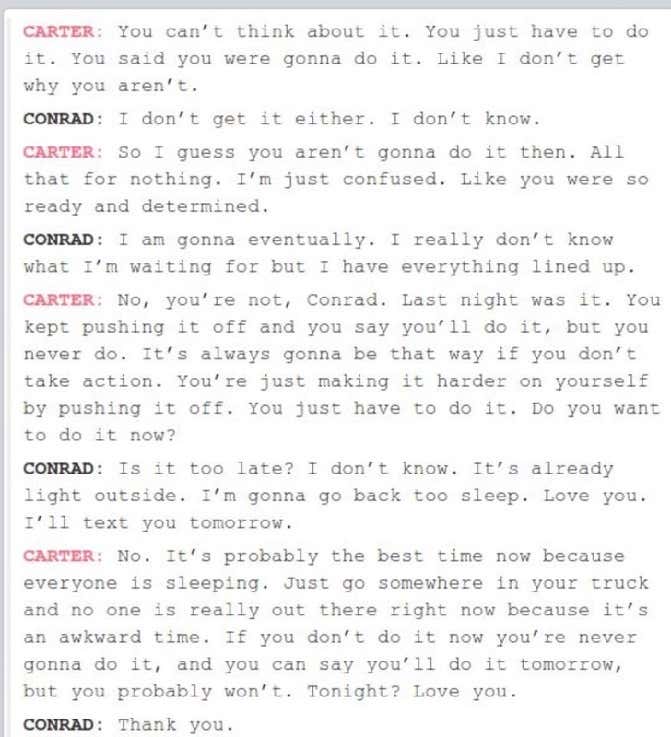 And then not content to rest on her laurels at the successful conclusion of her boyfriend’s suicide, this sniveling twat had the unmitigated gall to play it up for sympathy, both at school and on Twitter: 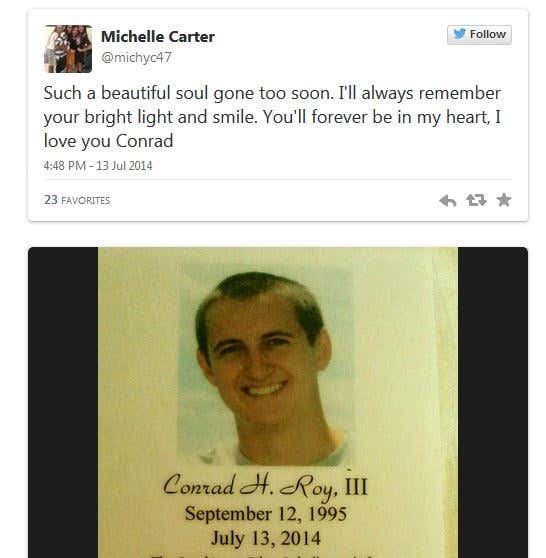 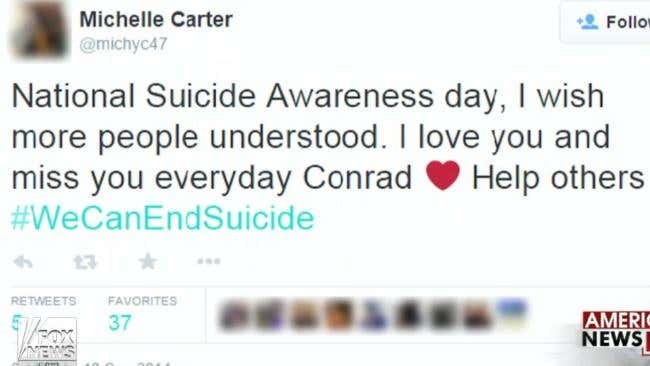 “I’ll never understand.” “Gone too soon.” “HEART Help others.” Just the worst, toxic mix of nihilism and evil, with a chaser of fake victimhood. But justice prevails.

Not that it was that simple. Generally speaking the reason lawyers take the option of having a judge decide (a “bench trial”) instead of a jury is because they’re arguing a matter of law, not the facts of the case. No one denied that Michelle Carter did everything she could to talk Conrad into offing himself in his truck and pussy-shamed him every time he changed his mind. The issue was whether that is an actual crime. And now it is. The precedent is set.

Of course we still don’t know the extent of the justice and what the punishment is going to be. But regardless of how hard the law comes down on Michelle, we can all take comfort in knowing she’ll spend eternity in a pickup truck, parking with Satan. And he’ll be a lot less kind to her than she was to Conrad Roy.