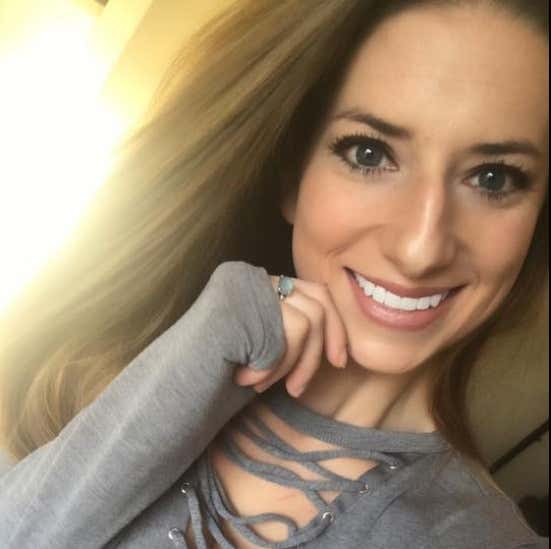 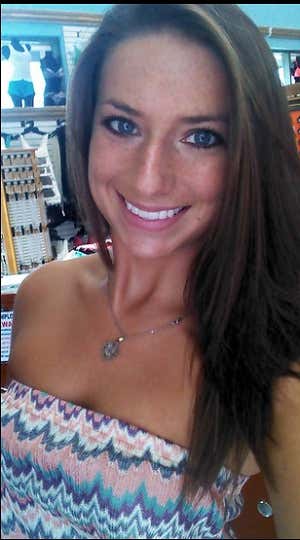 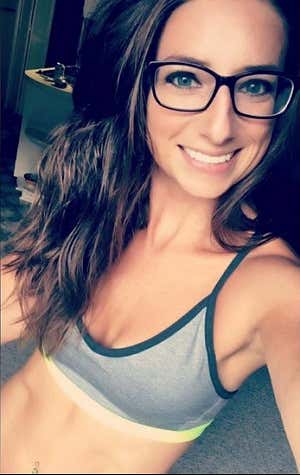 North Carolina – A 25-year-old math teacher at a North Carolina public charter school has been arrested on suspicion of carrying on sexual relationships with three male students.

Erin McAuliffe was taken into custody on Thursday and charged with three counts of sexual activity with a student and one count of indecent liberties with a minor.

Police launched an investigation into McAuliffe in May after officials at Rocky Mount Preparatory called them to report allegations of misconduct against the teacher. …

According to police, the math teacher’s alleged sexual encounters with the three students all took place off campus. …

Police said two of the victims are 17 years old and the third is 16 years old, reported the station WNCN.

According to her LinkedIn profile, McAuliffe graduated from Methodist University in 2014 with a Bachelor’s degree in mathematics.

This is no time to get all sentimental. We’ve Erin McAuliffe who could just as easily appear on Barstool as Smokeshow of the Day: Erin from Methodist as Erin the Sex Scandal Teacher. And she’s accused of banging three teenagers. So she deserves to be celebrated, not have me wax poetic about the great social issues of our time. But hear me out.

Her story hit Friday afternoon. And within minutes, I had an email from a reader bringing her to my attention. (Thanks, Casey.) And then another. And another. But I had already graded a SST earlier in the day. And as much as I liked Erin’s mugshot and the broad strokes of her story, I felt I had to wait. I felt we potentially had one of the all time greats in our midst, and I wasn’t going to ruin her career by rushing her up to the majors. Like a Yoda or a Miyagi, I preached patience. And over the weekend, I received literally hundreds of links to Erin’s hijinks. Email, tweets, texts, DMs. And I just want to say how proud I am of all of you. They say we are a divided country. That everyone is just out for themselves. That we’ve lost the threads of the social fabric that once held us together. And yet you’ve proven once again that when called upon, you’re capable of putting aside your differences, coming together and doing you part. To help the cause we can all agree on. Hot, insane teachers letting their teenage students defile their incredible bodies. Because ‘Murica.

The Grades:
Looks: The face of an SEC sorority sister, the body of a fitness model. And while I’m not typically a fan of boob jobs, the difference between that flag bikini shot and the hallway cleavage one is so striking, I have to applaud her decision, even though I would have liked her just fine as God made her. Regardless, I won’t take up any more of her time and just throw her the grade she deserves.
Grade: A

Moral Compass/Bad Judgment: There’s still a lot of unknown here. Questions that I hoped the weekend would answer but didn’t. And the stakes are high. Because either she had sex with three separate students, or she had four-way sex with three of her students. Or a threesome with two and sex with another. Is she a serial seducer or into getting train run on her? Meaning, she’s either a great SST, one of the all-time greats or belongs on the Sex Scandal Teacher Mount Rushmore. So while I reserve the right to revisit this one as details come out, at the very least she’s still super depraved. Just to give us some wiggle room in case the story does go next level, I’ll give her a
Grade: B+

Intangibles: Putting the “mount” in Rocky Mount. I like to think she did do it with all three students at the same time. But in her capacity as a math teacher. To teach them trigonometry. How to form an Isosceles triangle with her in the middle. To calculate the angles of her hypotenuse.  Or, at the very least, to demonstrate how many times three goes into one.
Grade: A

Overall: A-. We’re not even halfway through 2017 and we’ve already got out strongest SST lineup ever.