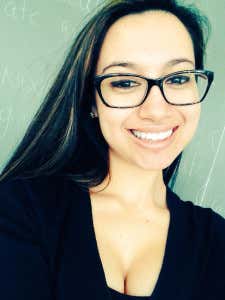 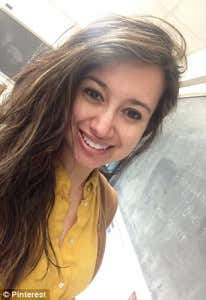 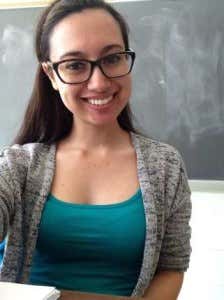 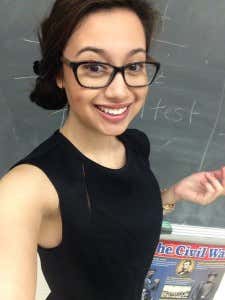 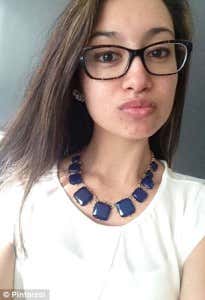 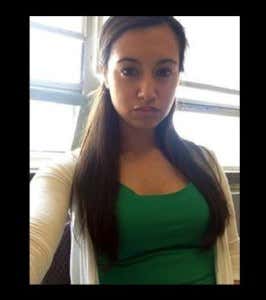 New Jersey – A former history teacher at Cardinal McCarrick High School in South Amboy is being held in the Middlesex County jail without bail for having sex with a student.

Fatima Grupico, 24, of Linden, was arrested and charged [with having] sexual relations with a 17-year-old male student several times at the school. …

The prosecutor has not said whether the teenager was one of Grupico’s students.

Officials at the Middlesex County jail in North Brunswick said Friday that Grupico was at the institution and being held currently without bail.

By way of full disclosure, I’ve lied to you. I pride myself on creating a community in Grading the Newest Sex Scandal Teacher. One that is based on trust between me the writer and you the reader. And I’m not about to betray that trust built up over the long and glorious history of this feature over one blog. So I’ll level with you. I lied when I called this the “Newest.”

As a matter of fact, this story is old. Fatima Grupico was arrested and charged with boning her 17-year-old student during that period when I wasn’t working at Barstool. Back during those two years when I was full time at WEEI who discouraged GtNSST blogs because they were considered kinda rapey. When every time I bumped into a Stoolie – which was all the time – they told me they missed these. So Fatima went ungraded. Laboring in obscurity. Until now.

I actually came across her story while I was confirming another teacher sex arrest someone sent me. And frankly I couldn’t find a single recent update. No sentencing. No reports about jail time. Everything about her is lost to history except for that one, brief, shining moment in history when she got taken into custody and her photos were released to the world. So I decided that warranted righting the injustice done to her before, figuring GtNSST fans wouldn’t mind. And if any did, I wouldn’t care. Because the first rule of Sex Scandal Teacher blogs is there are no ruled to Sex Scandal Teacher blogs. So let’s recognize the once great Miss Grupico now. It’s never too late.

Moral Compass/Bad Judgment: I’d give practically anything to have more here. A guilty plea. A conviction. Sexts confirmed by a police investigation. Even just a follow up to find out whatever happened to her. All we have from Google is the suggestion that she did some student all school grounds. And then like Keyser Soze – poof – she was gone. I can’t grade her high without doing a disservice to all the sexually depraved teachers who earned it. I’m sorry. But again, I’m all about trust.
Grade: C-

Intangibles: If she had only started banging her students sooner, she might have saved the school the way Whoopi Goldberg’s music saved the church in “Sister Act.”
Grade: A