TMZ- The SUV that Derek Fisher wrecked over the weekend in his DUI crash is registered to one Matthew K. Barnes ?… TMZ Sports has learned.

Fisher was driving the white 2015 Cadillac Escalade early Sunday morning when he hit a guard rail on the 101 Freeway in L.A. and flipped it while driving home with his girlfriend, Gloria Govan. The car was completely totaled. Fisher was arrested for DUI.

Of course, Govan was previously married to Matt Barnes. They have two children together. In fact, we’re told the Golden State Warriors star had given the Escalade to Gloria specifically “for the kids.”

Who in the world would have thought that Derek Fisher of all people would be the person to constantly haunt Matt Barnes? Taking your ex-teammates ex-wife was already fucked up. Once that happened, Fisher was helping raise Barnes’ kids and is definitely farting in his couch. But to trash this car is a legit villain move. Terry Benedict ain’t got shit on The Slippery Fish. I thought posting a Mother’s Day message to Barnes’ ex with his mini me kids in it was bad enough. 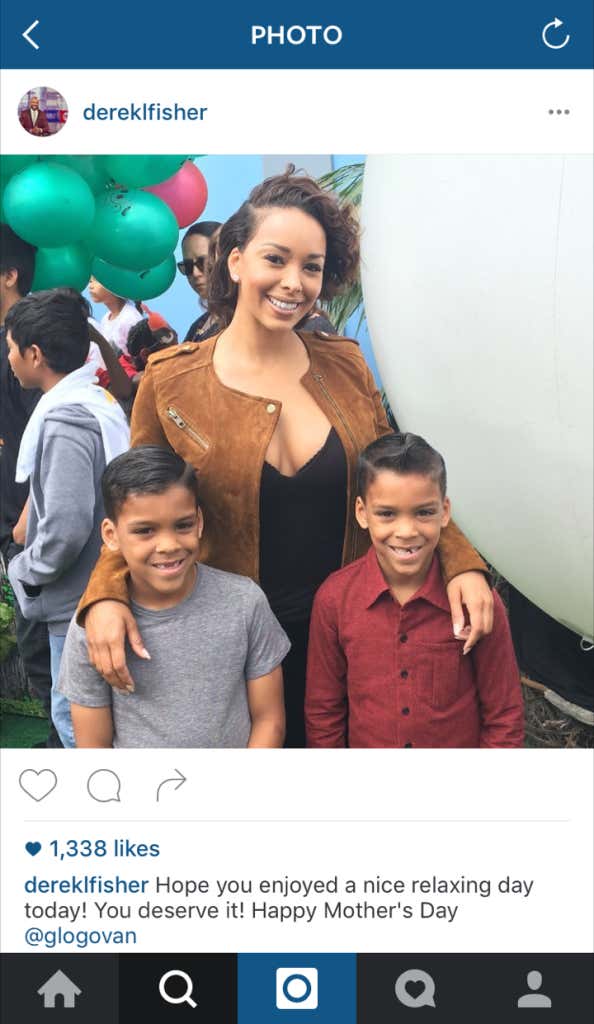 But I think this destroying this car trumps that. Especially if the car was “for the kids”. Not for nights out or canoodling. But just for the kiddos. Barnes was probably checking in every so often to make sure the mileage was low and it still had the new car smell in it whenever he stopped by. Instead Fisher is out driving like he’s in Crazy Taxi while (allegedly) being under the influence. Not to get all LeBron here, but now Fisher is disrespecting Barnes father to father. The only way to settle this is if Barnes officially challenges Fisher to a duel. Somebody has to go! Barnes needs to take a glove, slap Fisher in the face and hope he is Aaron Burr instead of Alexander Hamilton once the bullets start flying. If not, the disrespect will clearly continue.