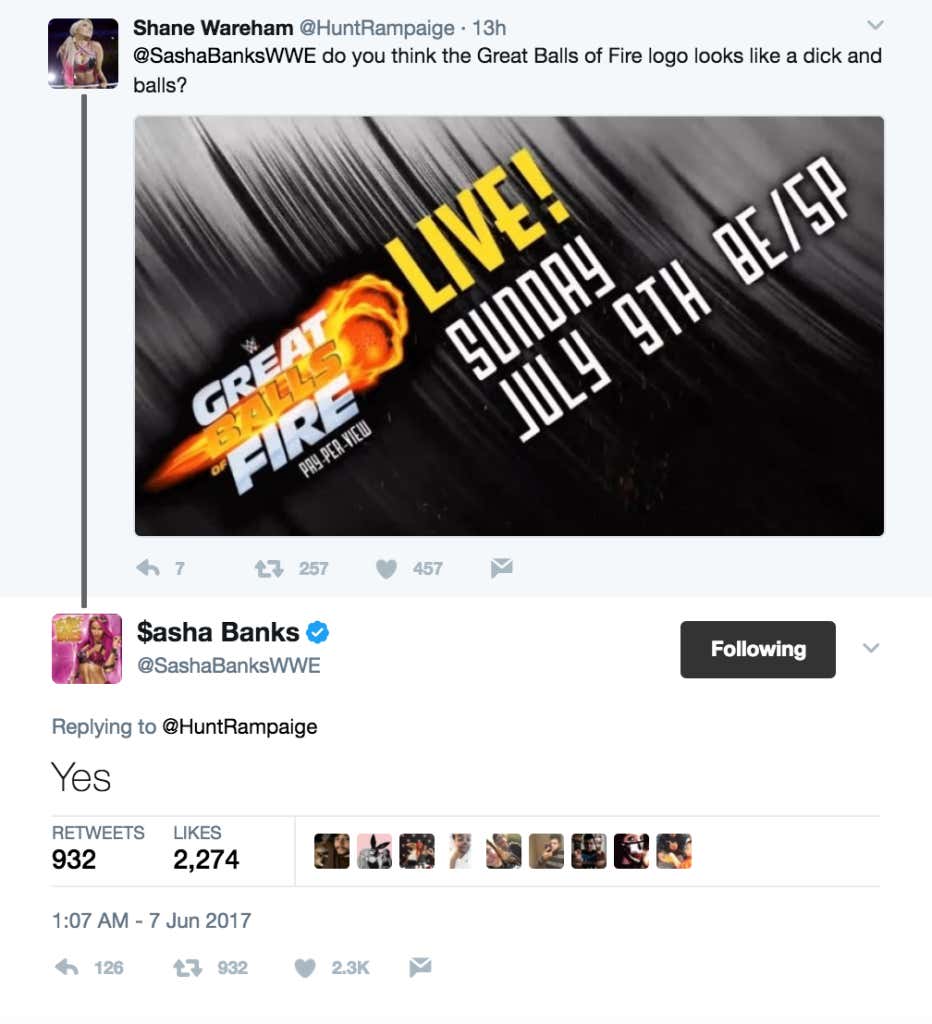 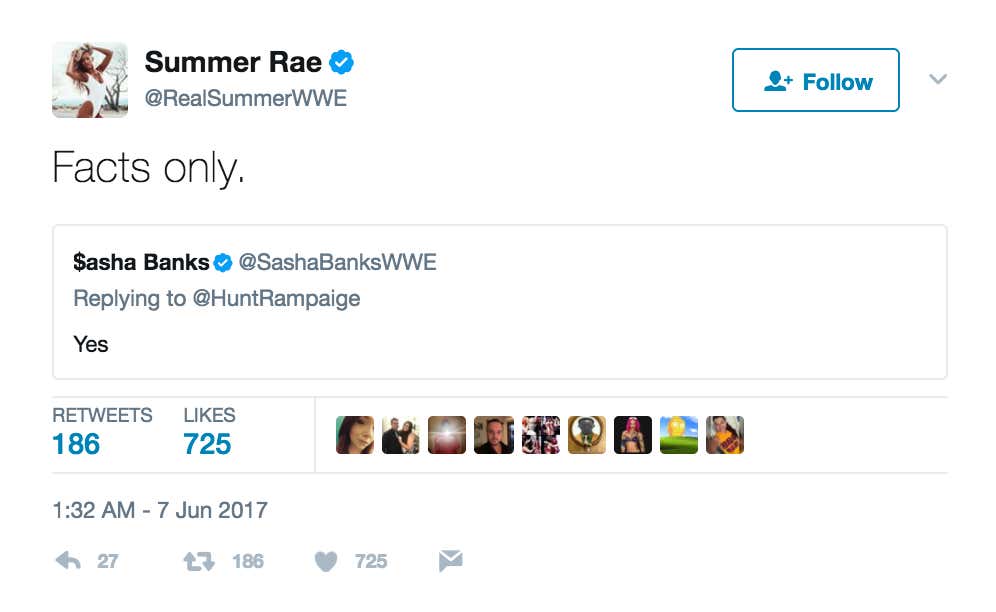 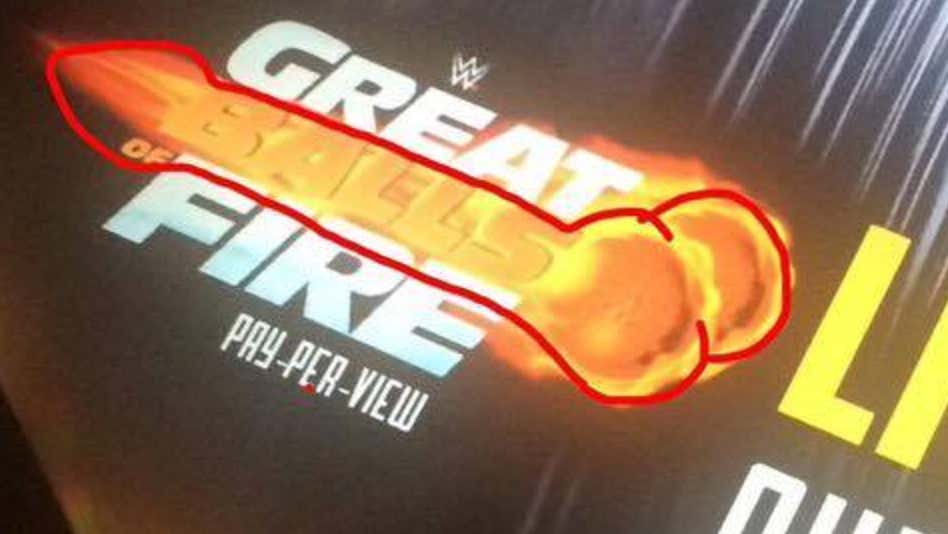 Does the Great Balls Of Fire logo look like a dick and balls? Yes, confirmed.

Should Sasha Banks and Summer Rae be bringing that up publicly while they’re both trying to get pushes? No, probably not.

There’s no doubt in my mind that Vince McMahon just heard that song for the first time and is convinced that it’s the next big hit. He thinks it’ll bring back the swing rock era and he’ll be the first one onto it! Literally any other name for this pay per view would be better. The initials are GBOF. Let’s extend that and call it Gee Boff. WWE Gee Boff. It’s WAY less embarrassing as a wrestling fan.

The only thing that’ll salvage this is if the hashtag for the event is #WWEBalls. I have no faith in them however, because the Clash of Champions hashtag was NOT #WWECoC.