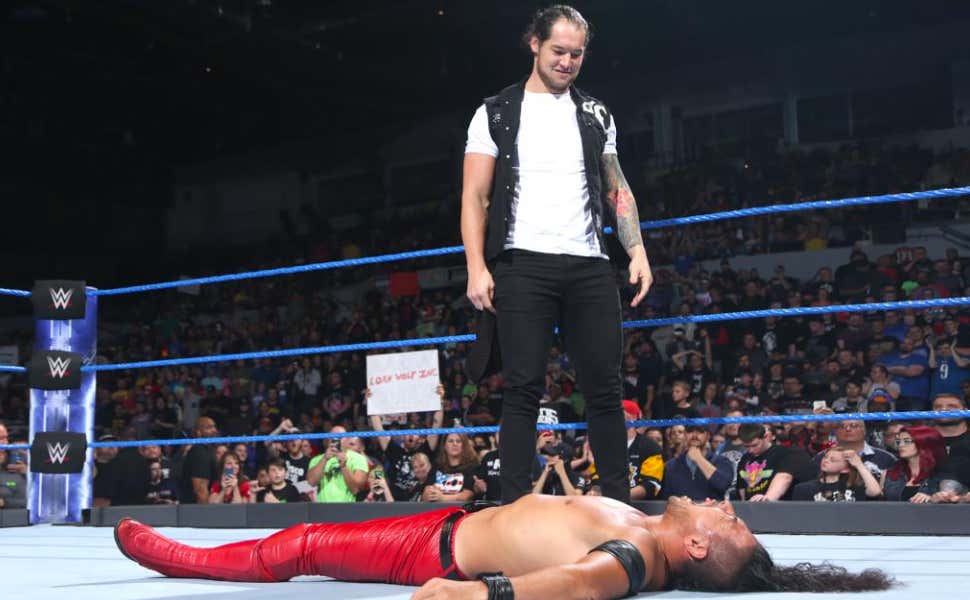 Welcome to the weekly SmackDown Live recap! Last night was actually the last SmackDown that will ONLY be covered on the blog, as we launch From The Top Rope next Wednesday, the 14th. Carrabis and I will be recording it early in the morning, and putting the episodes out around noon. Here’s your text form recap…

Lana finally re-debuted in the segment unveiling the first ever Women’s Money in the Bank briefcase, and oh boy was it hilariously bad. She came out to a weird horn saxophone theme and looked amazing: 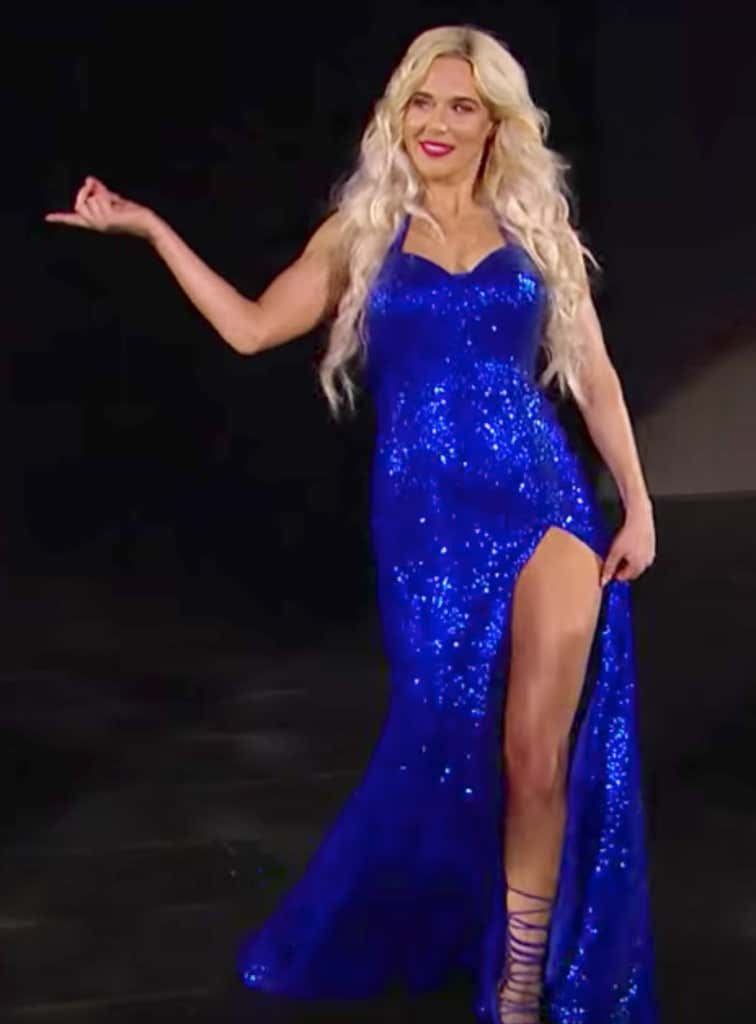 Then offered to fuck Shane McMahon, got laughed out of the segment when asking to be placed into the MITB ladder match, and told to leave when she asked for a title shot. She then threw a fit in Russian and left. So uh, yeah, the crowd was hot for her, but I can’t imagine future crowd who heard the commentators laughing out loud at the thought of her competing will love her. I do with she was in the ladder match though, because it’d be a ridiculous clusterfuck. Probably best for everyone’s safety that she isn’t, though.

Lana interfered during the six woman tag, and literally nothing else happened. She was granted her shot at Money in the Bank for this. Could you imagine if real work environments were like that?!

AJ Styles got his win back over Dolph Ziggler now that they’re out of AJ’s hometown, and the 50/50 booking continues. It’s interesting because whoever is currently booking SmackDown makes sure that AJ gets every win back, but doesn’t pay attention to what’s been going on in the main event scene…but we’ll get to that.

Jinder Mahal picked up his first clean win since re-signing with the WWE last year, over Mojo Rawley, who cut a really good heartfelt promo before the match. He wasn’t “HYPE”, he just went to Shane and said, “Hey, I won the Andre the Giant Battle Royal and I haven’t been used on TV at all since then. If you were doing that as a motivating tactic, I get it, but it’s time I get my opportunity.” I was shocked at how good Mojo was, because he’s never given the non-kayfabe opportunity to show that side of his character. Jinder also cut a promo before the match where he said we hate him because of his nationality and because we’re jealous and that he’d speak the language of his people even though he speaks Punjabi and the language of India is Hindi but whatever blah blah blah it was very bad. The match was also bad, which is a shame, but expected.

The New Day made their in ring debut on SmackDown against the Colons, kinda did their greatest hits, and left. The best thing they did was the Fashion Files segment, which is my SmackDown parallel of Goldust’s promos where they’re my favorite part of the show every week and I’m just waiting for them to be capitalized on now.

Shinsuke and Kev had a decent match to close the show, and I actually took issue with the finish, because we saw Nakamura pin Owens clean for the third week in a row. I get that Nakamura is going to be the next big thing, but why does he have to go over the US Champ three weeks in a row? Can’t you change up the opponent? Or have a non-finish? I mean, Baron Corbin was literally out there to interfere immediately after the match, why not have him run in before the Kinsasha? Ugh. Hopefully Money in the Bank throws a new spin on things for SmackDown, because it ain’t looking good.