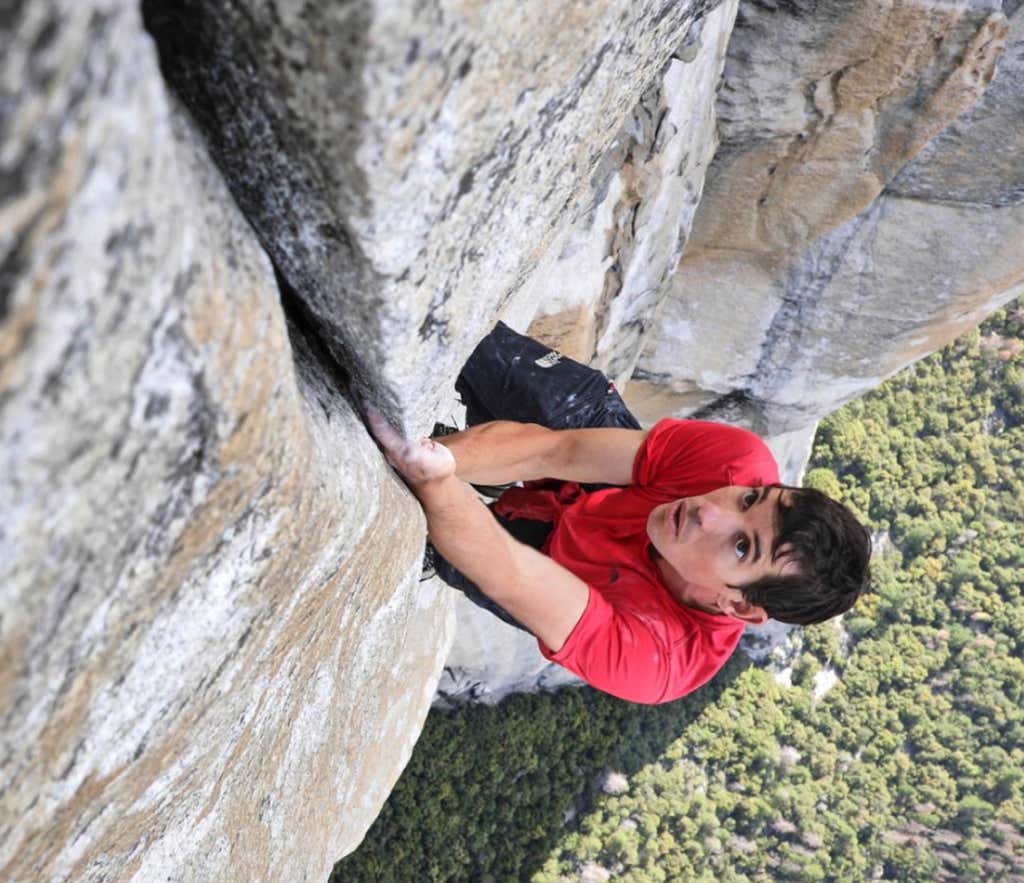 Nat Geo - Renowned rock climber Alex Honnold on Saturday became the first person to scale the iconic nearly 3,000-foot granite wall known as El Capitan without using ropes or other safety gear, completing what may be the greatest feat of pure rock climbing in the history of the sport.

Honnold began his historic rope-less climb—a style known as “free soloing”—in the pink light of dawn at 5:32 a.m. He had spent the night in the customized van that serves as his mobile base camp, risen in the dark, dressed in his favorite red t-shirt and cutoff nylon pants, and eaten his standard breakfast of oats, flax, chia seeds, and blueberries, before driving to El Capitan Meadow.

Trained in a climbing gym in Sacramento, Honnold, 31, burst onto the international scene in 2008 with two high-risk, rope-free ascents—the northwest face of Yosemite’s Half Dome and the Moonlight Buttress in Utah’s Zion National Park. Those free solos astonished the climbing world and set new benchmarks in much the same way that Roger Bannister redefined distance running when he broke the four-minute mile in 1954.

Stop everything that you’re doing right now and read the full article from Nat Geo about Alex Honnold’s climb from over the weekend. Well actually finish this blog first then read the full article, as it’s absolutely incredible. The details of what he accomplished, which us climbers are calling the “moon landing of climbing” are so astonishing, even veteran climbers like myself are stunned. 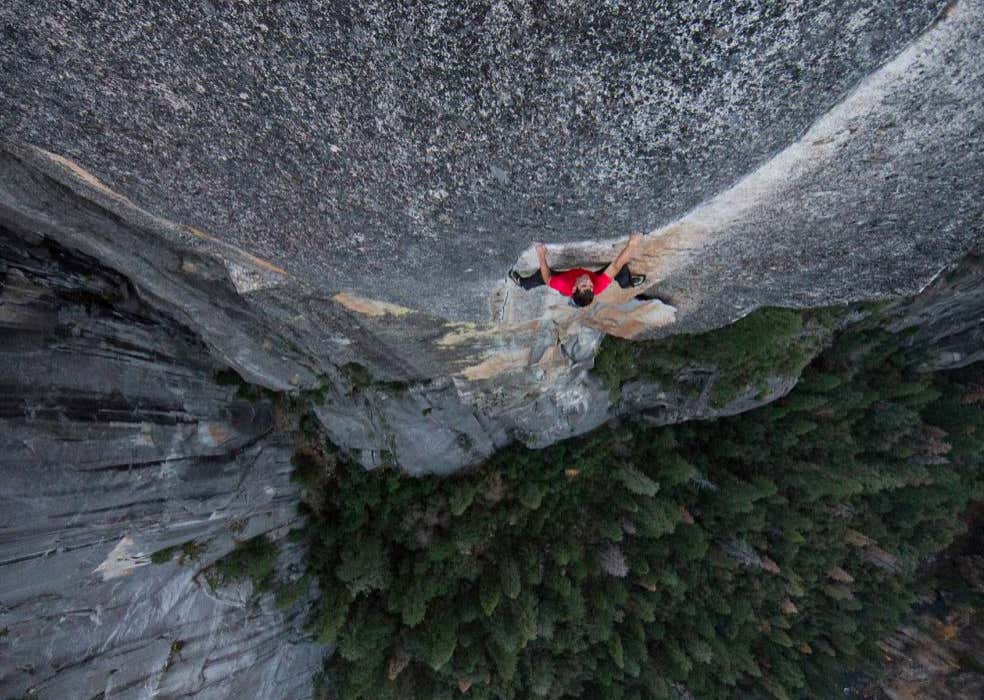 It’s hard to overstate the physical and mental difficulties of a free solo ascent of the peak, which is considered by many to be the epicenter of the rock climbing world. It is a vertical expanse stretching more than a half mile up—higher than the world’s tallest building, the Burj Khalifa in Dubai. From the meadow at the foot of El Capitan, climbers on the peak’s upper reaches are practically invisible to the naked eye.

Climbers have been speculating for years about a possible free solo of El Capitan, but there have only been two other people who have publicly said they seriously considered it. One was Michael Reardon, a free soloist who drowned in 2007 after being swept from a ledge below a sea cliff in Ireland. The other was Dean Potter, who died in a base jumping accident in Yosemite in 2015.

Not only did Honnold do this climb, he was only the 3rd person to ever even think about doing it. That’s how challenging and borderline impossible the best climbers in the world consider it- they didn’t even think about it. And remember, he didn’t use ropes. If he slips, he dies. No net, no rope, no nothing. The most staggering part of it all:

The route Honnold chose to reach the top of El Capitan, known as Freerider, is one of the most prized big wall climbs in Yosemite. The route has 30 sections—or pitches—and is so difficult that even in the last few years, it was newsworthy when a climber was able to summit using ropes for safety.

“It was newsworthy when a climber was able to summit using ropes for safety”. Unbelievable. It’s absolutely nuts.

Congrats to Alex. I have no idea where he goes from here. What does the best climber do when he does the hardest climb possibly imaginable? Cut off his legs and try it again? I have no clue but I can’t wait to find out.