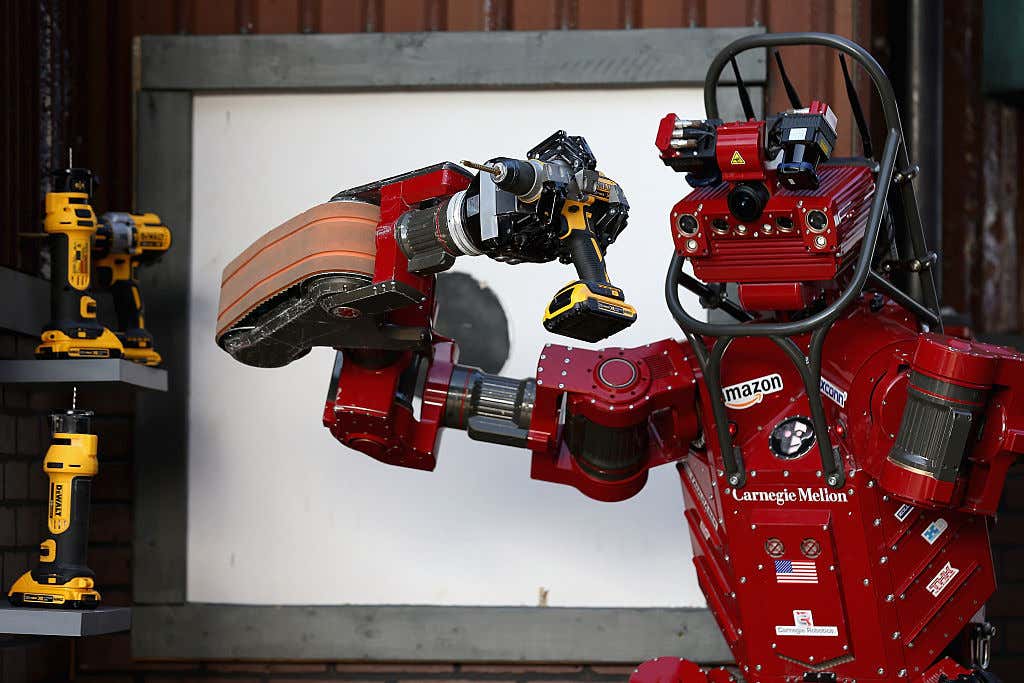 Mashable – [W]ith automation and artificial intelligence threatening to eliminate millions of jobs in the coming decades, should you be worried about the impending robot job revolution? There’s a website that will try to answer that question.

The site — aptly titled “Will Robots Take My Job?” — provides an easy way to get a sense of what jobs are most at risk.

Using a 2013 report from the University of Oxford, the website provides an estimate of how much any particular job is at risk of disappearing due to “computerisation.”

Talk about two great American fears coming together in one with the “they took er jobs” crowd merging with the irrational fear of new technology many suffer from. And yeah obviously if you’re in certain fields you’re absolutely screwed whenever companies decide to go with a robot task force. Like some of these: 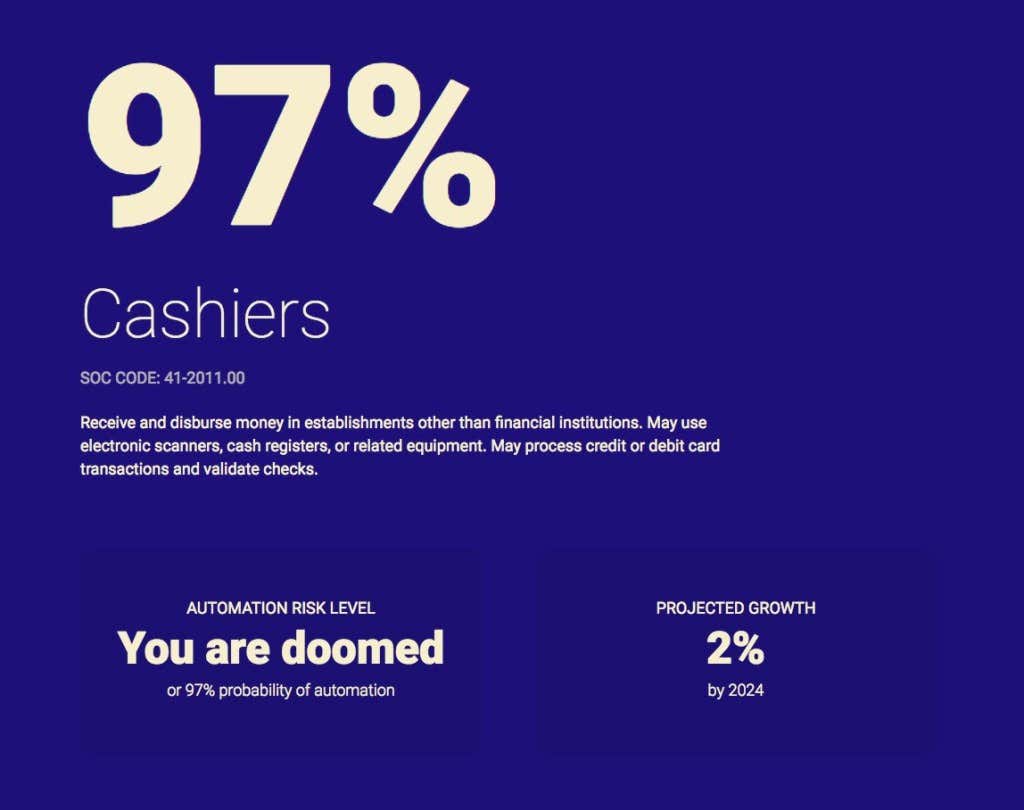 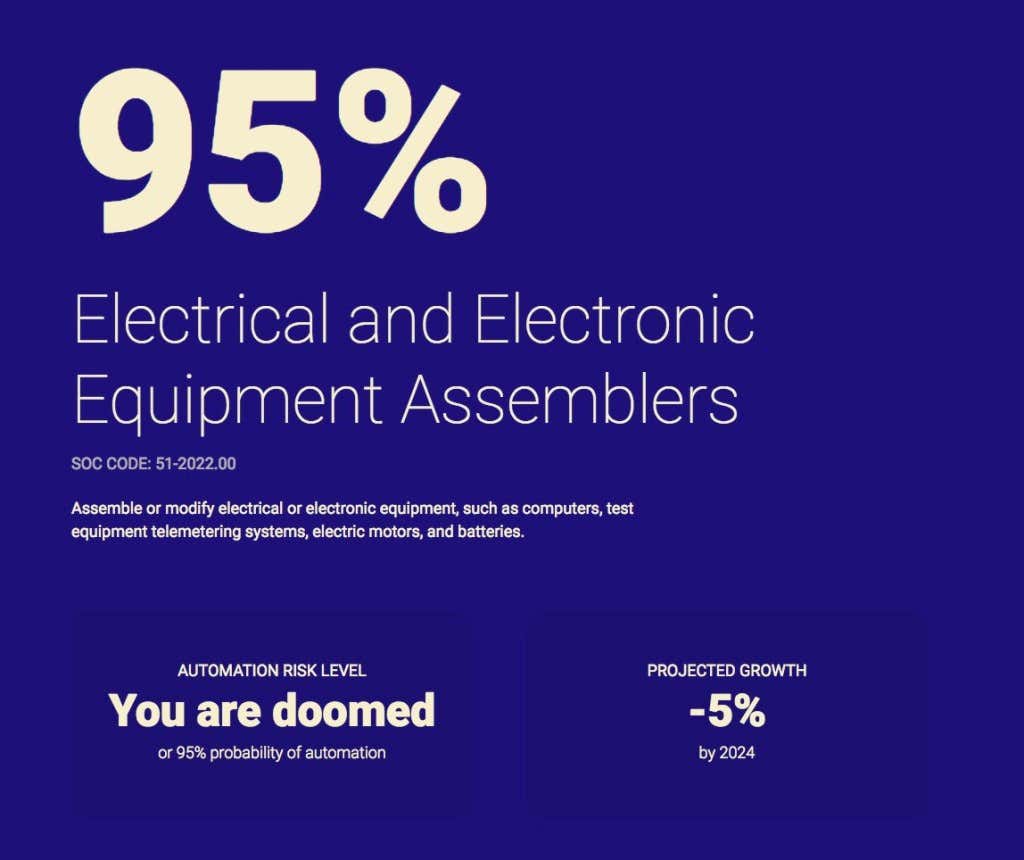 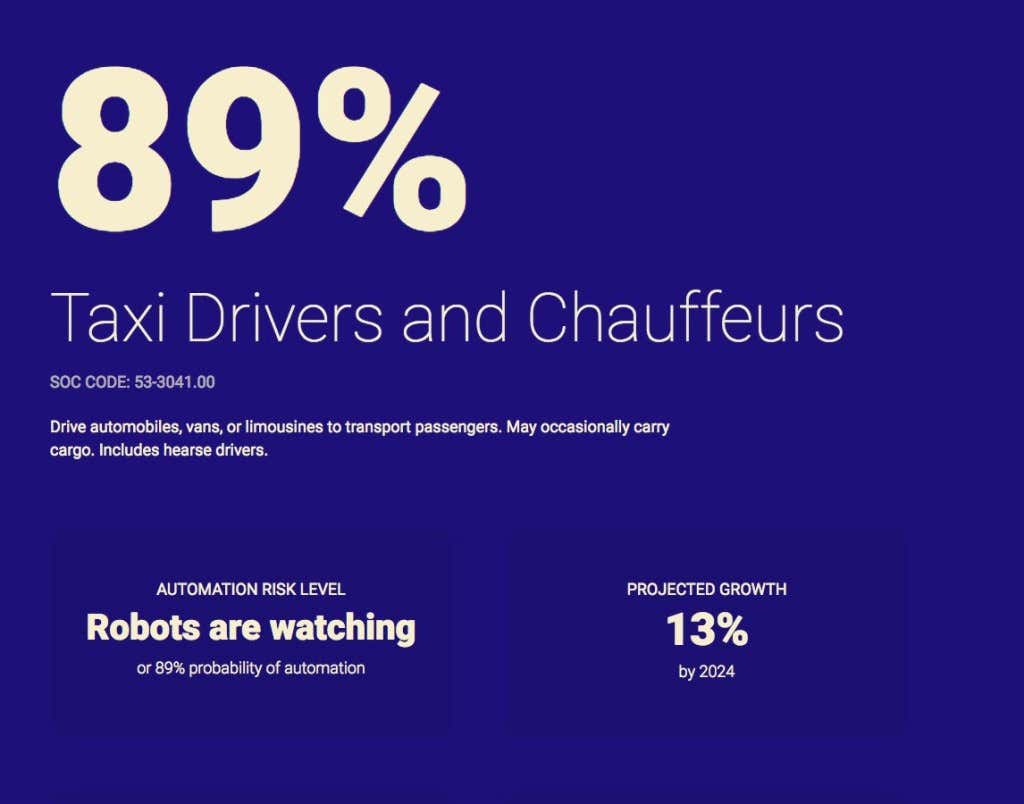 Apparently this report has not been updated to reflect Uber’s self-driving cars working as well Peter Gregory’s in Silicon Valley. But there were also some unexpected ones out there I found with a surprising chances of robotics: 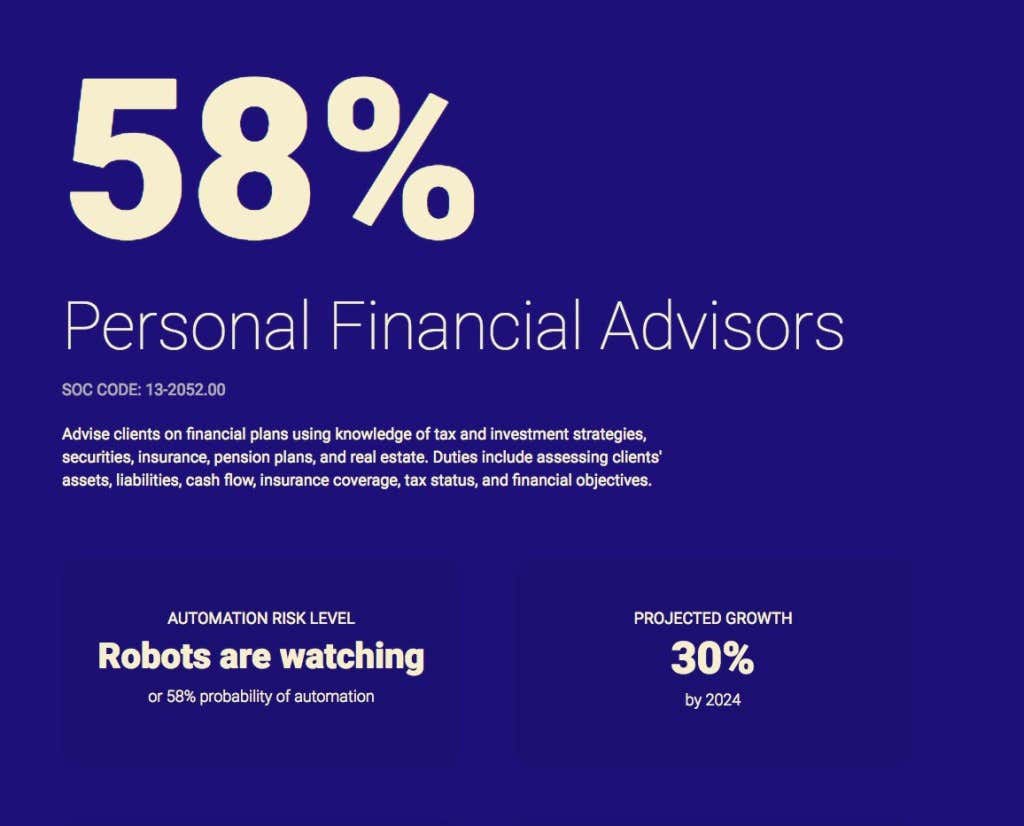 Ultimately I guess you’re using a lot of algorithms for finance, prime time for Johnny 5 to steal your job. 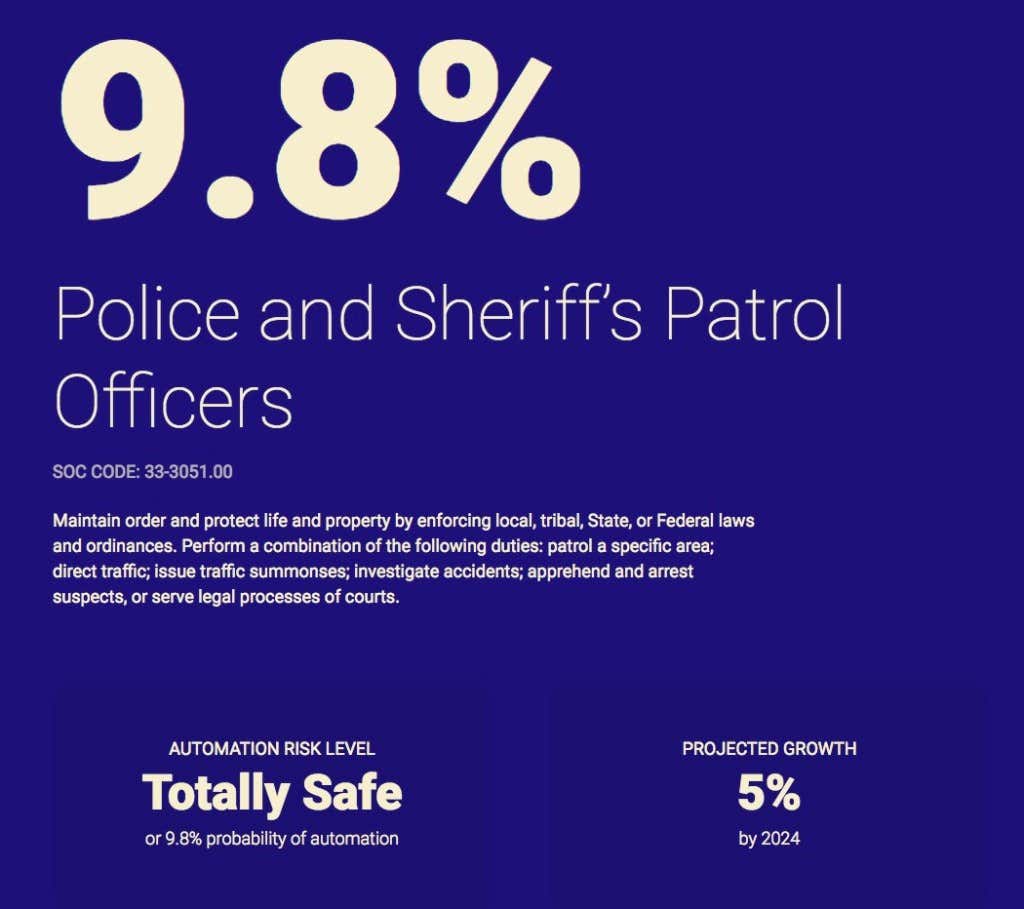 Good for human jobs, sad to learn that Robocop was fully a lie. 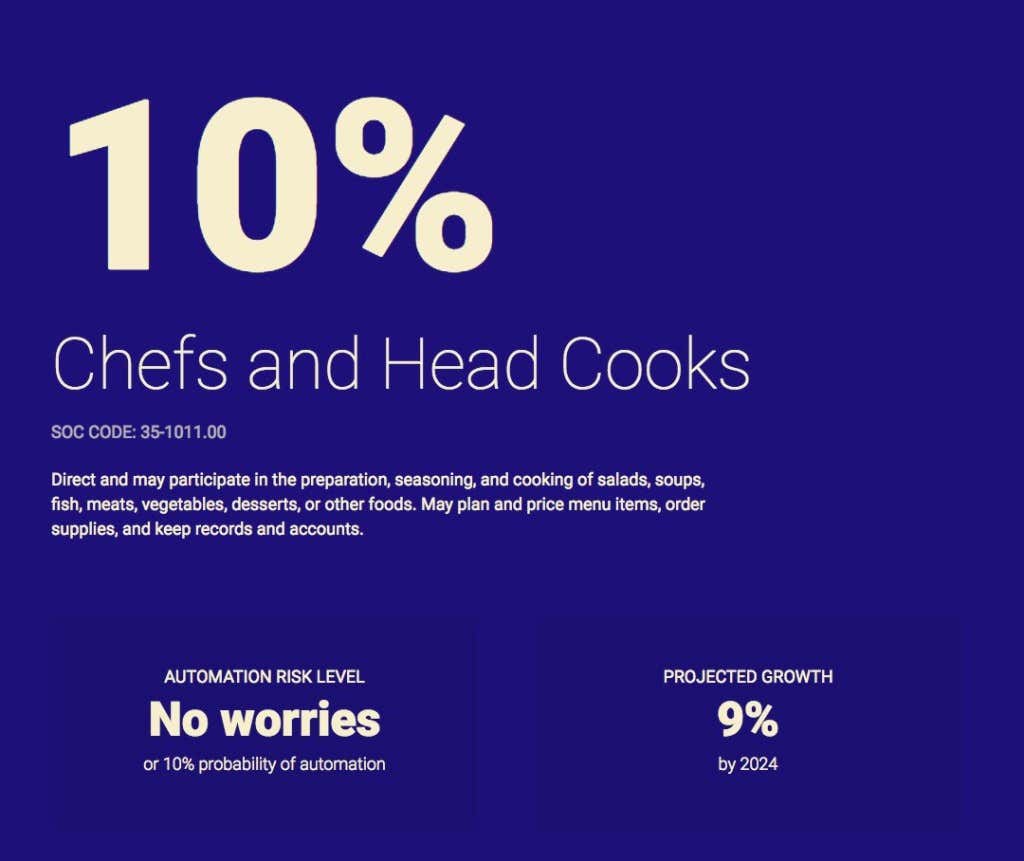 You’re telling me the Amazon Echo couldn’t learn some physical mobility and search the internet for recipes if you load it up right? Robot Chopped would be a shitty show though so maybe that’d be an unwanted trade-off. 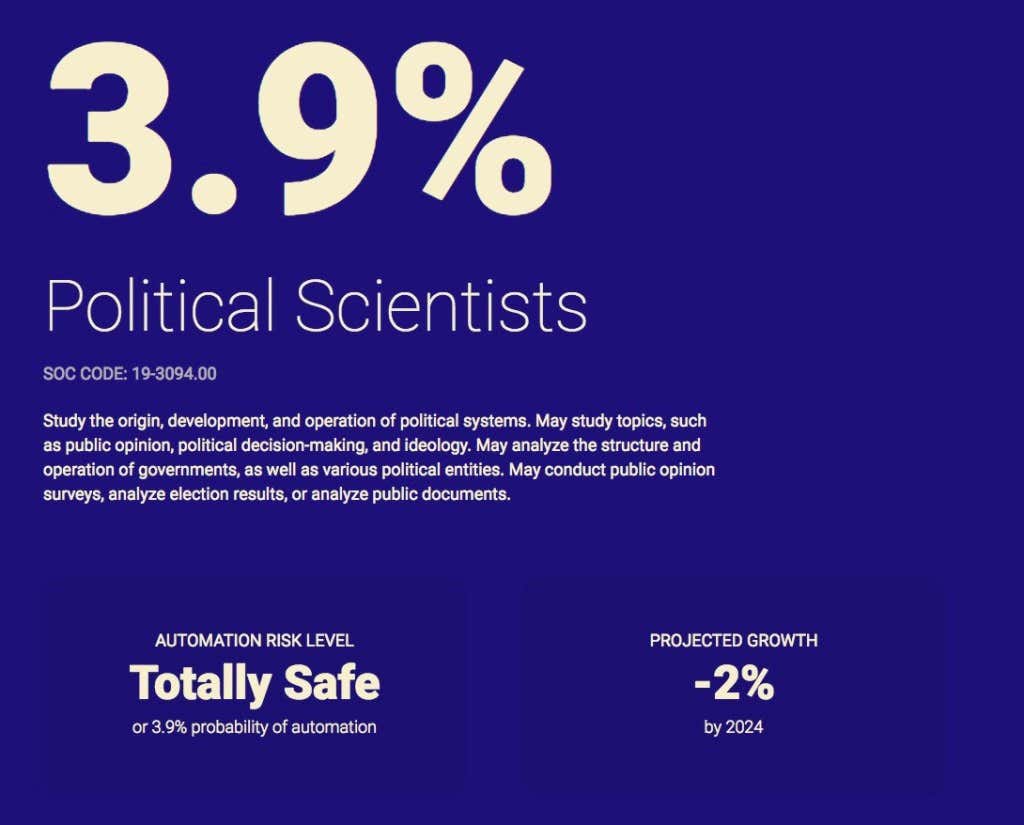 The great Rock-Trump-Calculon election of 2020 could be a tightly contested one if we simply spent more time cross breeding IBM’s Watson with old copies of Sim City. 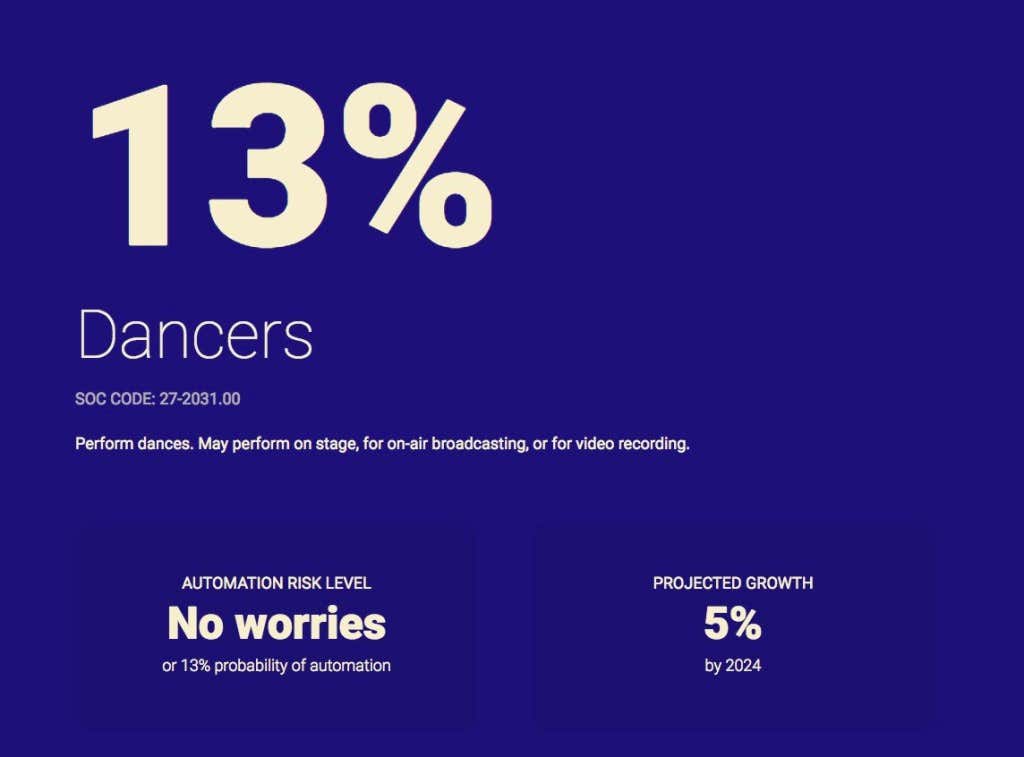 Lots of talk about sex robots out there but apparently they’re not willing to put the effort in to get paid for it. Sad! 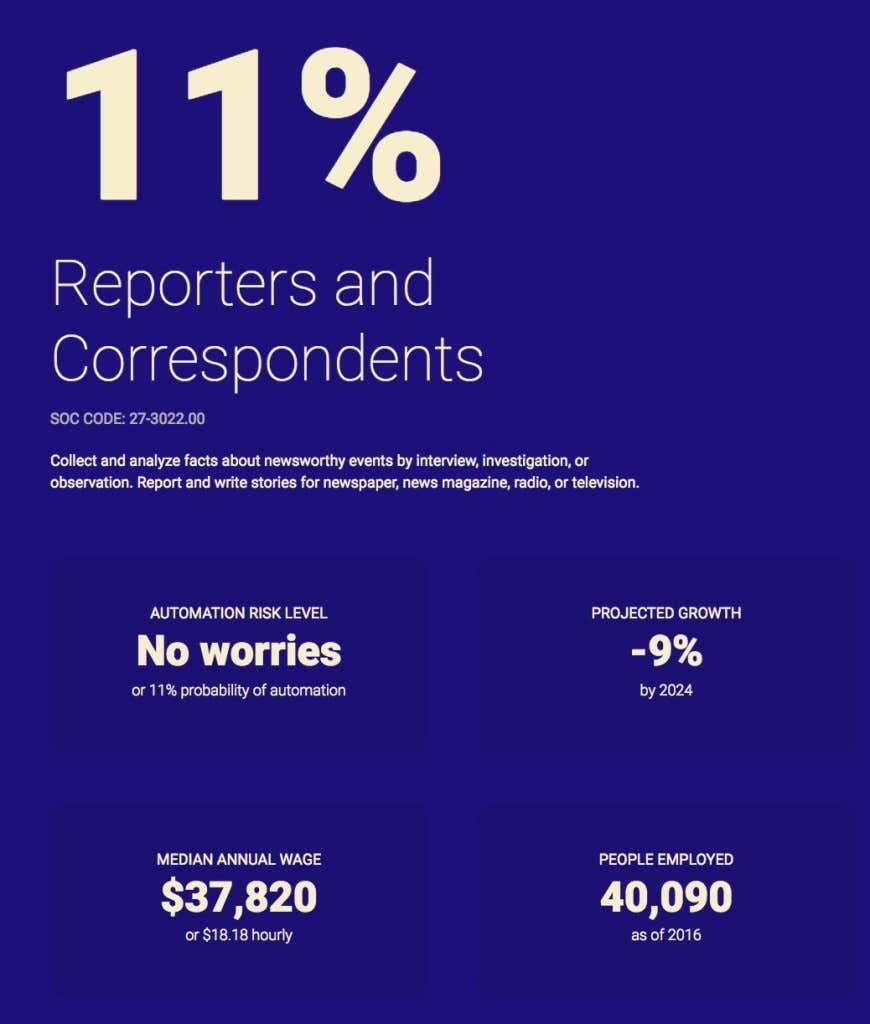 Ayyy, first win for your ol pal Spags this week. Find me a robot that can get you widespread internet death threats on a post-holiday celebrity blog, you can’t.

Worried about your job’s future? Check the site here and see how it turns out.