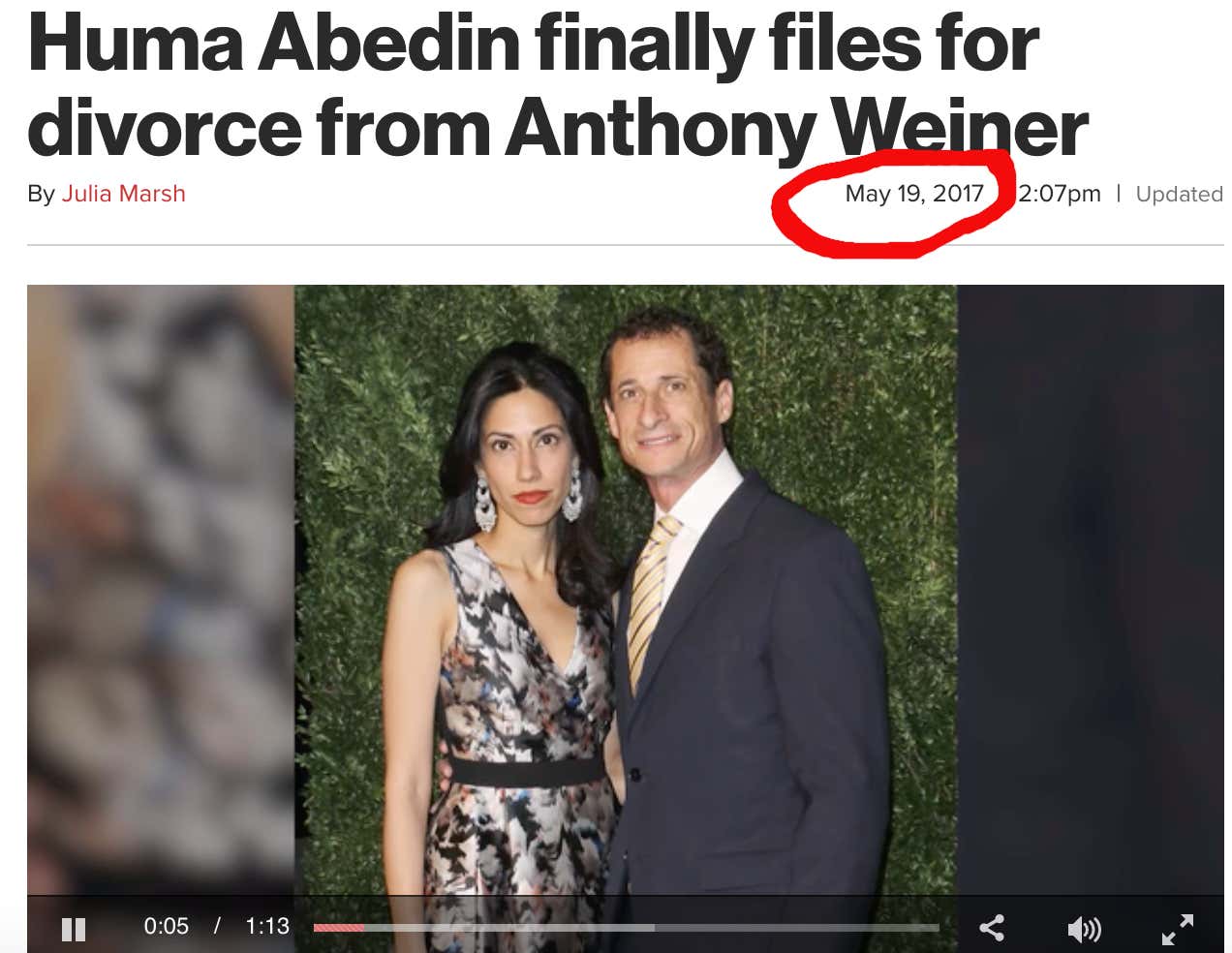 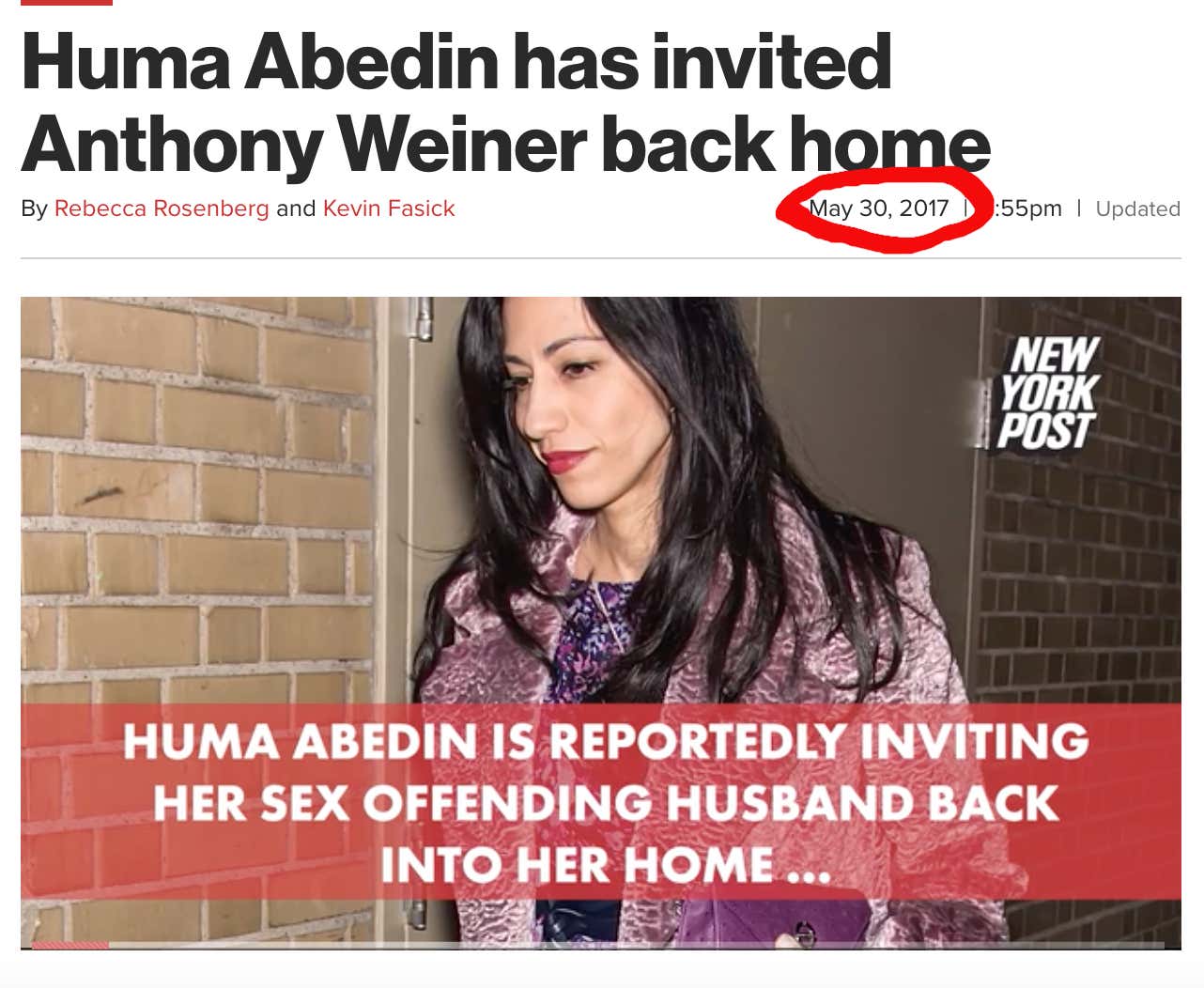 NY Post - Just when you thought Huma Abedin finally had enough, the Hillary Clinton aide has invited her admitted sex offender hubby back home again, The Post has learned. Anthony Weiner’s long-suffering wife filed for divorce earlier this month, the same day the disgraced ex-congressman pleaded guilty to sexting with a 15-year-old girl. But Abedin has since renewed the lease on their pricey Union Square duplex — and invited back home the man who has repeatedly heaped humiliation upon her, sources told The Post. The luxury three-bedroom, 1,500-square-foot pad at 1 Irving Place features an “expansive, panoramic view of Union Square Park and the midtown skyline,” according to a Corcoran listing. The sext-crazed pol, who had been sleeping on his mother’s couch in Park Slope, was to move out Tuesday, a source said. “He was supposed to move,” the building source explained. “But they just signed for another year.” Another source said, “She still hasn’t served him with the divorce papers.” Weiner, who will have to register as a sex offender as part of the plea deal with the Manhattan US Attorney’s Office, was spotted Tuesday at about 9 a.m. strolling out of the building with his and Abedin’s 5-year-old son.

Huma. C’mere girl. Lets have a chat. I just need you to say this out loud. “I am married to a registered sex offender who sexted underage girls his penis with my children in the pictures.” Go ahead. Say that. If you can look me in the eyes and say that and still say you want to be married to that dick slingin ostrich, then go right ahead. Then you two assholes deserve each other. You guys are a match made in heaven into some sort of weird kinky shit. Different strokes for different folks, you know? Maybe some chicks are into sexual predators who will send pictures of his bare dick to every single female he encounters regardless of age and circumstances.

But I need that to be said out loud and acknowledged because its almost like, somehow, Huma doesnt understand what Charlie Danger has been up to. Its like she missed the last 25 times Tony Weiner has done this. So either she’s just as fucked up as he is or she has some sort of daily amnesia. Or, this is just the worst look of ALL TIME for the female gender.