Tough look for the kid running his mouth who apparently is 25, coming off a jail stint, and really did not learn a single lesson from the combination of that experience. And you can tell that it’s the jail that’s messing with his head, he thinks he’s the hardest dude in any room he goes into because he did a little time, not realizing that there’s a lot badder dudes out there who would not hesitate to put him down.

And that’s exactly what the OG in the track suit did to him right here. He didn’t knock him out or stomp his head in or even really throw a punch. He put him on the ground, pushed him around like a child, and pinned him down until he was all tuckered out and had been completely dominated. That wasn’t a KO, it wasn’t even a fight, that was a lesson. A lesson not well received given the dude still talked shit after being basically dry humped and stripped shirtless but a lesson given out all the same. You don’t call another man a pussy and not expect repercussions. Everybody’s vibin’ so don’t nobody start a fight.

PS shoutout to Adidas for some quality brand play here: 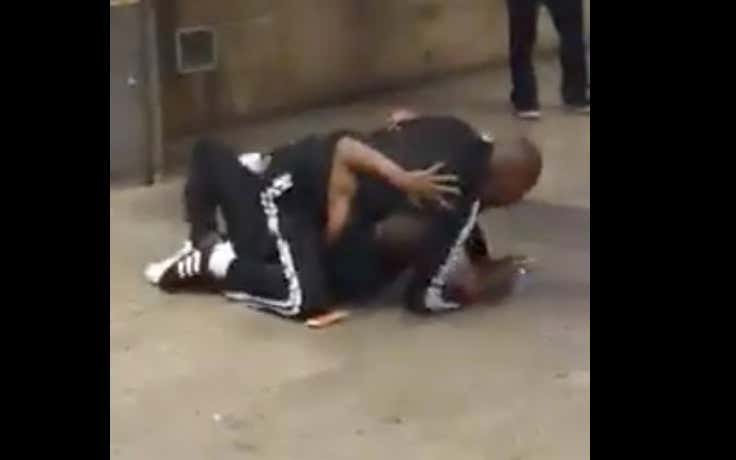 The official outfit of dudes who hear Run DMC come on and yell “That’s my jam son.”