“It all started with a bang,” Brian Correiar said in an interview with National Geographic. “Suddenly, the kayak was launched into the air and I fell halfway out of it.”

Then the shark bit into his 14-foot kayak, just 3 feet from him, Correiar told NatGeo.

Correiar said, at first, he was frozen in shock. But Correiar, an experienced scuba instructor, knew what he had to do.

Correiar told NatGeo he scrambled out the kayak, flipped onto his back so he could keep watching the shark and started kicking toward shore.

“The shark proceeded to munch along the entire length of the kayak while never leaving the water’s surface, easily rolling it over length-wise like a toy,” NatGeo reported.

Correiar used his Nautilus LifeLine Marine Rescue GPS to try to call the Coast Guard for help, but the shark reportedly lunged toward him, with the kayak still in its jaws.

“It was like a horror movie. The shark came toward me, dropped the kayak, then dove straight down below me where I couldn’t see it,” Correiar told NatGeo. “I was sure I was done.”

“See the fin? It’s swimming toward the guy now,” Mace is heard saying. “That’s a big-a** shark. The shark is wider than the kayak.”

This gets 5/5 stars in the “holy shit” video category. Absolutely unreal. You ever taken a kayak out into the ocean? You’re just paddling along, having a good time, soaking up the rays. You never, ever expect a shark to come out of nowhere and be 3 feet from eating you. 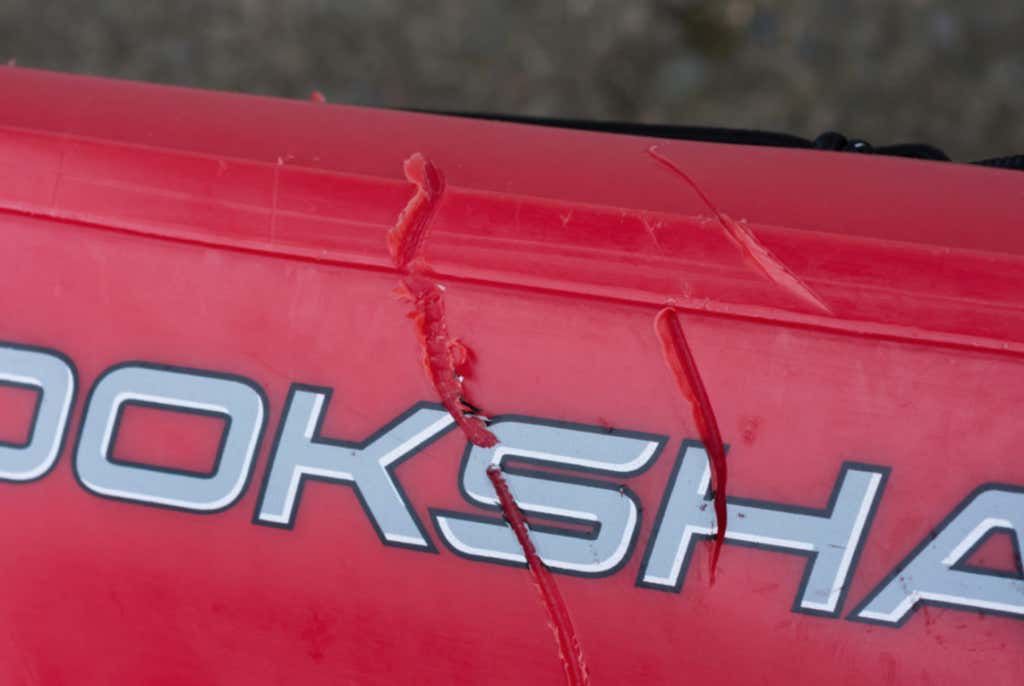 But the real MVP of this video is the guy behind the camera. There’s a ginormous shark right there, who could eat the kayaker at any time, and he goes “hey look, he’s waving!” as if it’s a home movie from a 4 year old’s birthday party 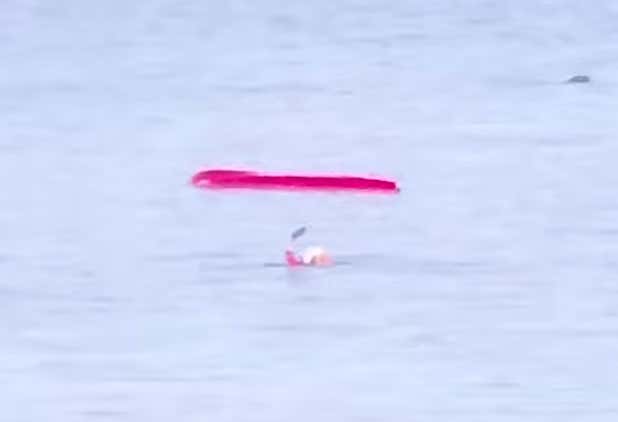 It’s a freaking miracle the shark didn’t get bored with the kayak and eat this guy.

And as for the guy filming…I don’t even know. Do you just sit there and watch as a shark rips a guy’s limbs off? Feel like if I was witnessing something like that I make sure I’m not watching it, never find out if he lived or died, nothing. The guilt if the shark mauled him to death while I was casually chatting with my wife would be way too much. All around, everyone got extremely lucky in this situation.