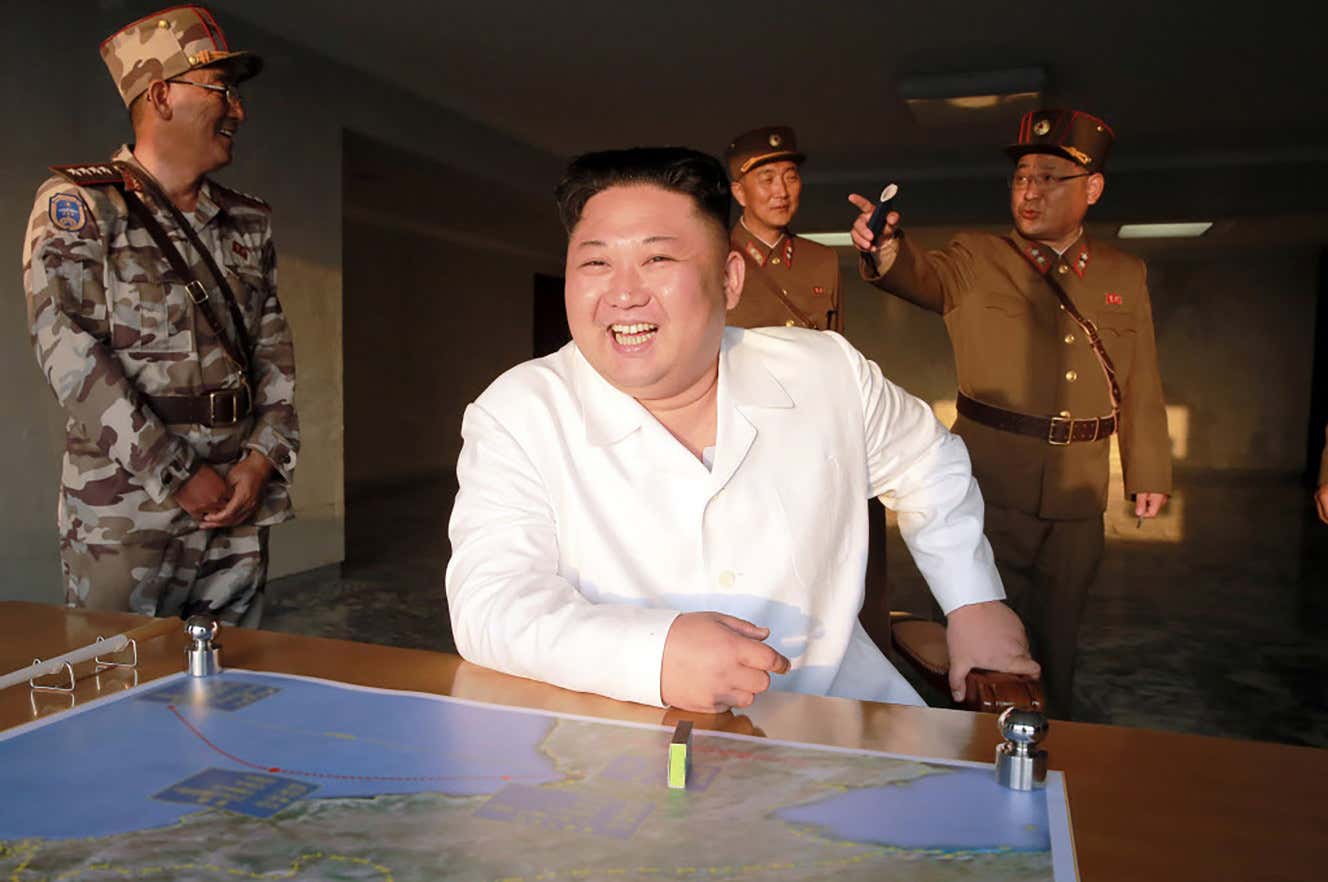 “He expressed the conviction that it would make a greater leap forward in this spirit to send a bigger ‘gift package’ to the Yankees,” KCNA added.

NY Post — North Korean President Kim Jong Un laughed and cheered during the test-firing of a short-range missile as the reclusive regime said the demented despot warned of a “bigger gift package” for the US.

Kim Jong Un is living the dream life of every 8th grade boy in the world. He sits around with his boys, blows shit up, and laughs hysterically the whole time. Guy is happier staring at huge explosions and taunting the United States than Gaz is spraying Bud Lights on 22-year-olds on Nantucket. Just a giddy, fatass child running a nuclear power. It’s wild.

This is why I hold the belief that North Korea is in no way an actual threat to the U.S. Kim Jong Un wants one thing and one thing only and that is to continue to live the exact life he’s living. You know how you ruin that? Attack the United States. You actually attack the U.S. and we will have no choice but to fuck your shit up. We’ve done it many times over and we’ll do it again. But you know how you protect what you’ve got? You acquire nukes and you sit on them so no one can afford to attack you. That’s what this 33-year-old 8th grader is doing, has been doing, and will continue to do.