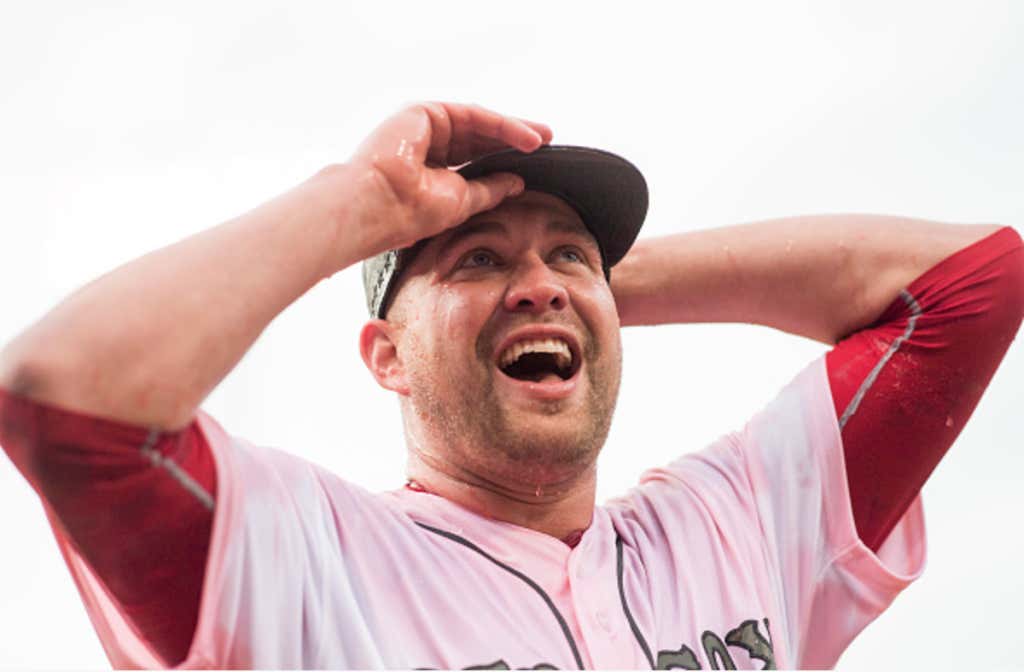 Yeah, this was a good moment. pic.twitter.com/20Cr4VjC3i

I’m writing this with a violent hangover, but I’ve gotta push through the pain to give this man his more than deserved props. Yesterday, Brian Johnson, in his third major league start, threw the first complete game shutout by a Red Sox pitcher in their Fenway Park debut since Pedro Martinez in 1998.

As someone who has followed Johnson’s professional baseball career since he was in A-ball, I can’t think of anyone in the Red Sox organization who is more deserving of a moment like this. He’s overcome so much, both on the baseball field and in his personal life, since the day he was drafted by the Red Sox in the first round back in 2012. And to see him get to enjoy a moment like this with his friends and family sitting behind home plate, knowing what that moment meant to each and every one of them, that’s probably the happiest I’ve been for someone else since Tom Brady shoved the Lombardi trophy up Roger Goodell’s ass after Super Bowl 51. And that’s saying a lot.

With David Price set to make his season debut on Monday in Chicago, Johnson was optioned back to Pawtucket after throwing his complete game shutout to give the Red Sox their sixth consecutive victory. That’s a really shitty way to reward someone for one of the best performances we’ve seen from any Red Sox player this year, but that’s baseball life sometimes. Just another bump in the road, and nothing he hasn’t come back from before. At least now we know we’re not playing fifth starter roulette anymore. The next time the Red Sox need a starter, there’s no debate. BJ’s their guy.