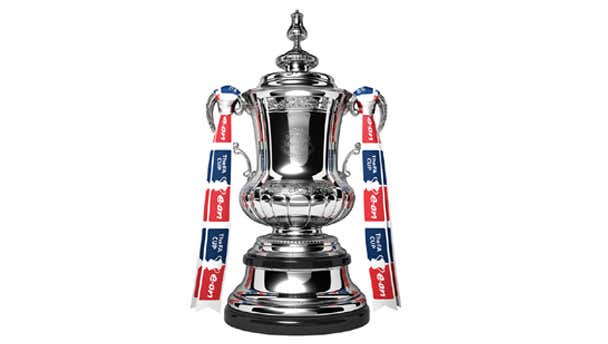 The domestic leagues have all been decided at this point but there is still some important silverware to hand out before we turn our full attention to things like World Cup qualifying and the Gold Cup… among other upcoming competitions.

Reminder of the recent results from the consolation and championship divisions that led to this weekend’s matchup: 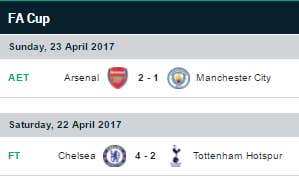 What’s on the line: An actual trophy (as opposed to the trinkets our boy Mou-Mou has been loading up on this season) and possibly Arsene Venger’s job. 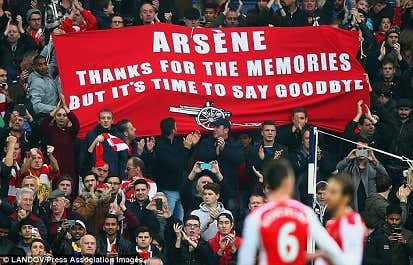 My, my, my how things have changed since September when Arsenal spanked the bejesus out of Chelsea in a 3-0 win. Antonio Conte responded by immediately switching to a three-back system and the Blues have not looked back.

Arsenal, on the other hand, have looked ever since like a team where something is just plain off. Questions have been raised repeatedly about Venger’s line-ups, the team’s defensive competency, Lexi Sanchez and Mesut Ozil’s level of interest, and about just everything else. From the outside it smells like a club in need of a shakeup – and in my own personal opinion Wenger has made the situation way, way worse by refusing to say whether he will be coming back next season, leaving everybody in a constant state of limbo.

After finishing fifth, and looking lacklustre for much of the season, the big question is whether Venger is coaching for his job this weekend? I’m honestly not sure. I’ll take a wild stab at it but let’s start with the game itself…

To be honest, there are only two reasons why Arsenal could possibly win, and neither of them have anything to do with tactics and everything to do with the way the world works: (1) Venger is a consummate survivor. Donny and Kim Dong could bumble their way into a nuclear holocaust that makes life on earth impossible and my money would still be on cockroaches and Uncle Arsene to somehow make it out unscathed – and somehow lose in the following season’s Champions League Round of 16. So if indeed his job is on the line then betting against him would not be smart. (2) Tottenham’s danglies have taken up permanent residence on Arsenal’s forehead this season, but it would make all the sense in the world for the Gooners – who have been dominated in every phase of life by Spurs all season – to somehow finish the year with more trophies. That may not sound like it makes sense, but trust me, it does.

The third possibility is for Chelsea to come out and lay an absolute egg on Saturday, but they have shown little sign of doing that, and the fact that Arsenal’s entire complement of centerbacks is suspended or injured is going to be a bit of a problem. 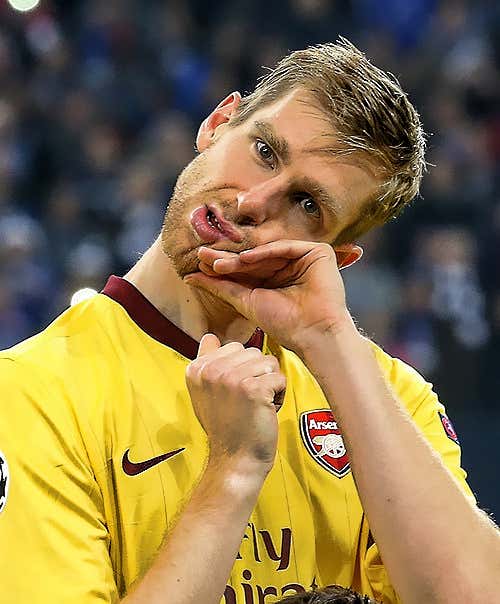 Jesus may have turned water into wine, but not even he could make this an even matchup.

Chelsea to win 3-0. (Life has a way of coming full circle like that sometimes, dudn’t it?)

So, what would that mean for Venger? Gun to head, I think he will be Arsenal’s manager next season win, lose or draw this weekend. Fans – many of them idiots (see below) – have been calling for him to get the boot for years and I have always thought that the club was right to keep him around. 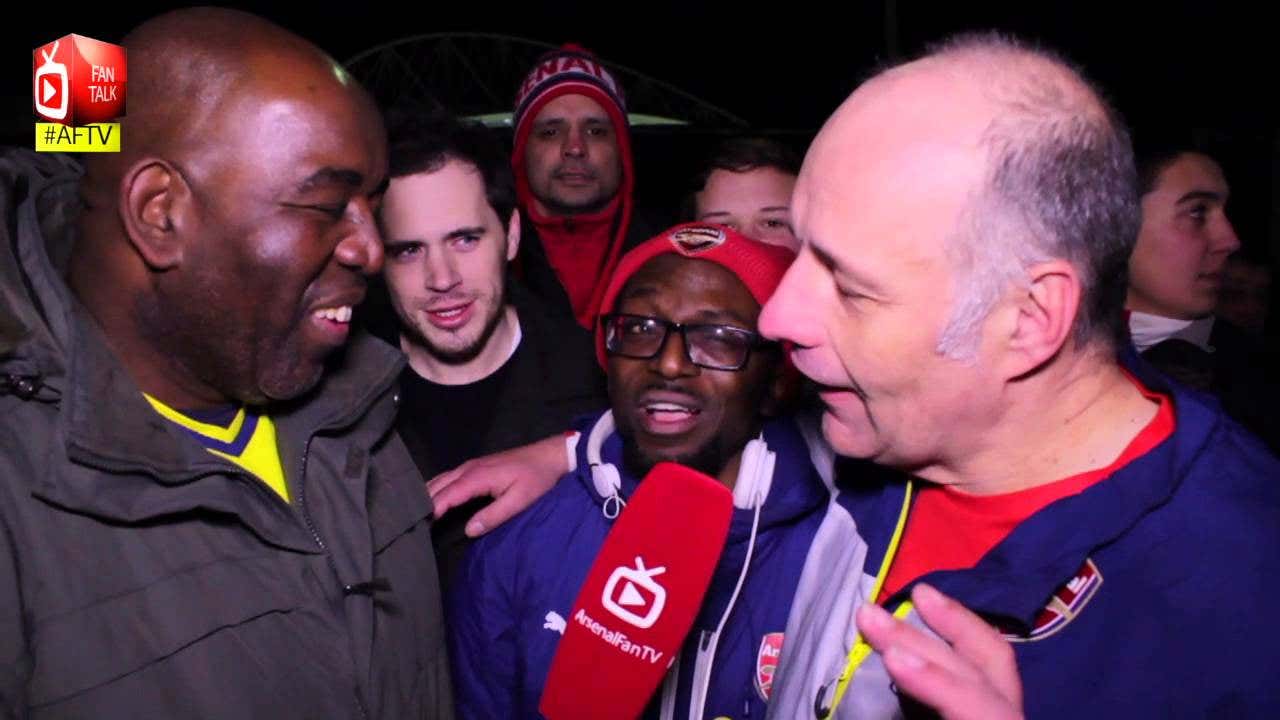 This season (as a neutral observer) changed my opinion. The team looks lost and his vaunted “development pipeline” of young talent has run dry. Sometimes you just gotta rip off the Band-Aid, and I would say this should be one of those situations.

Italy: Serie A is the only (major) league that did not completed their domestic season last weekend but, alas, most of the drama has been drained from the proceedings as Juventus has wrapped up the title and most of the important finishing positions have been spoken for. Nice little doubleheader on Sunday to help ease the pain of the long summer ahead starting with Roma vs Genoa (11am CT on beIN Sports) followed by Inter vs Udinese (1:45pm CT on beIN Sports).

Spain: Barrrrrrrrrrrrthelona have had a rough go of it in the latter portion of the season and clearly have some work to do in filling some uncharacteristically massive holes in their line-up this summer… but they still got a shot at a trophy in the Copa Del Ray final on Saturday against Deportivo Alaves (2:30pm CT on espn3).

Germany: Time to get the Babyjesus some silverware! The final of DFB Pokal – aka Deutscheland’s answer to the FA Cup – sees Dortmund face off with Eintracht on Saturday (1pm CT on espn3).

Friendly reminder: still got the Champions League final coming up next weekend and then it will be time to turn our attention to USMNT and our attempt to both lock down a spot in WC20 and win this summer’s Gold Cup. 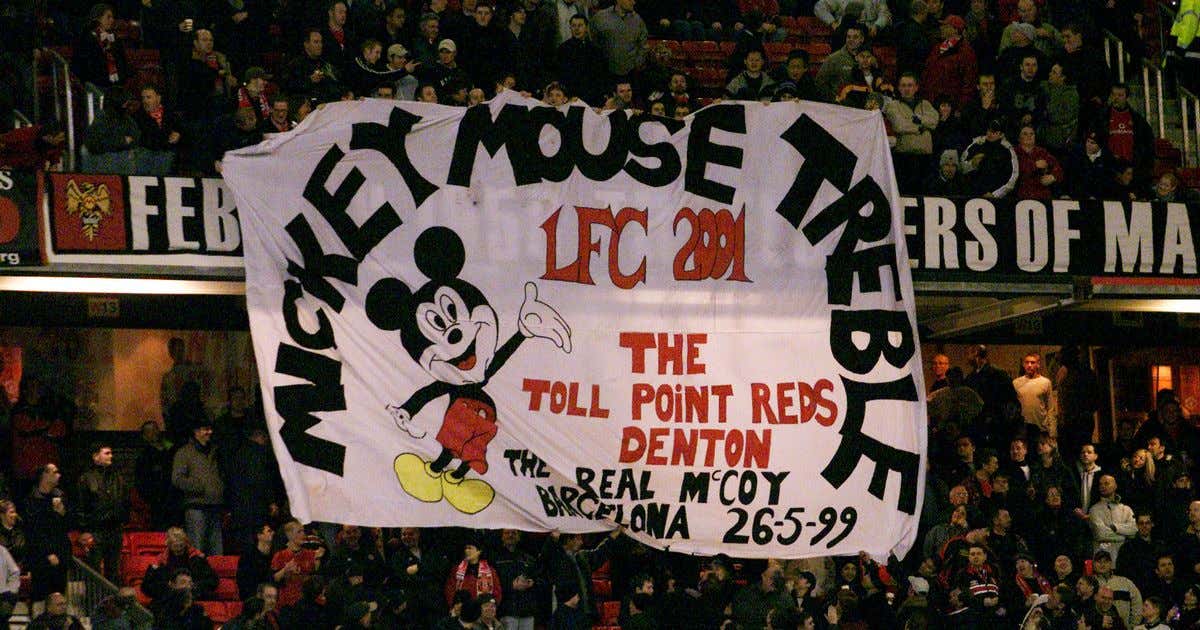 Note: as legitimately funny as it is, United fans may kinda regret this banner making fun of Liverpool’s “trinket treble” – Community Shield, League Cup and Europa League – in 2001.