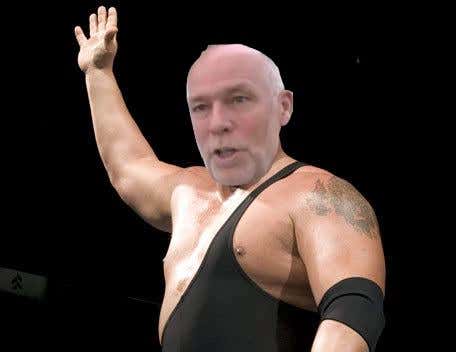 MSNBC- Republican Greg Gianforte declared victory early Friday in Montana’s special congressional election, barely a day after he was accused of slamming a journalist to the ground and charged with misdemeanor assault. Gianforte, 55, a technology entrepreneur, won a bare majority of the vote. With 99 percent of the precincts reporting, he had 50.2 percent of the vote, while the Democrat, Rob Quist, had 44.1 percent. Libertarian Mark Wicks had 5.7 percent, nearly the same as Gianforte’s 6.1 percentage point margin over Quist. Quist, who is a country singer, later conceded the contest for Montana’s lone seat in the U.S. House.

Gianforte had been leading Quist and Wicks in opinion polls before Wednesday night, when Ben Jacobs, a reporter for The Guardian, accused Gianforte of having “body slammed” him at a campaign event. Gianforte denied the allegation, accusing Jacobs of having been the aggressor. A Fox News Channel crew who witnessed the confrontation backed Jacobs’ version of events.

The winner and NEWWWWWWWW member of the House of Representatives: Greg “The Giant” Gianforte!!! I told everyone in my blog yesterday that bodyslamming a reporter in crazy ass Montana and breaking his glasses wouldn’t hurt a politician’s case for getting elective and probably even win him some votes. And now here we are 24 hours later with Greg Gianforte getting ready to enter the House of Representatives and potentially the WWE Hall of Fame. I don’t think that lands me a spot on the BNN news table, but I should at least be a correspondent or roving expert. Maybe Rob Quist can write a country song titled “How To Break One Man’s Heart And Another Man’s Glasses”. Sounds like a sad one.

And file this under things I could have never seen coming, but between Gianforte and the horseback riding, VP’s wife gliding Ryan Zinke, I am now all-in on Montana politicians. Give me a ticket of Zinke/Gianforte in the year 2020 and I’ll vote for it before hearing one issue. Yeah I know that Trump is the incumbent for the Republican party. But in my mind, it’s only a matter of time before Zinke and Gianforte split apart from the GOP and create the GOP Wolfpack like Scott Hall and Kevin Nash did with the nWo once upon a time. Americans have long said they want a politician that will fight for them and you can honestly not give me another politician that fits the bill more the Greg Gianforte.