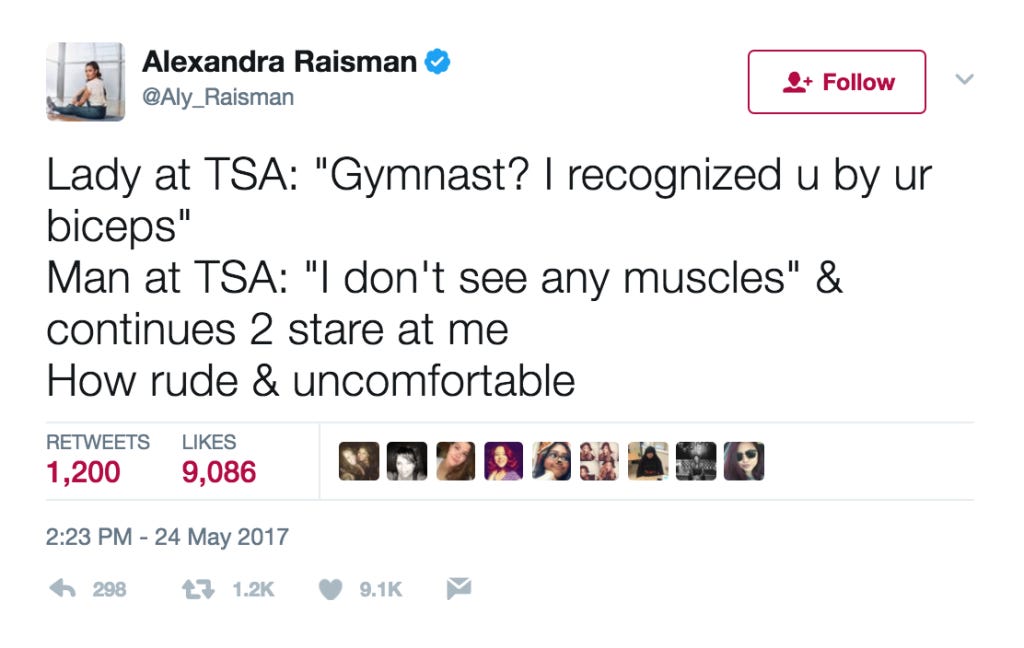 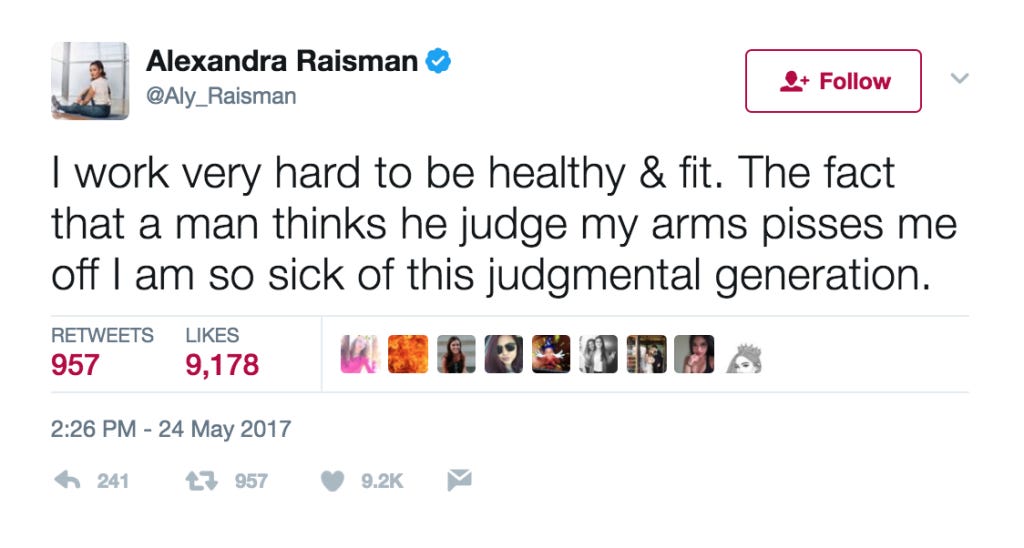 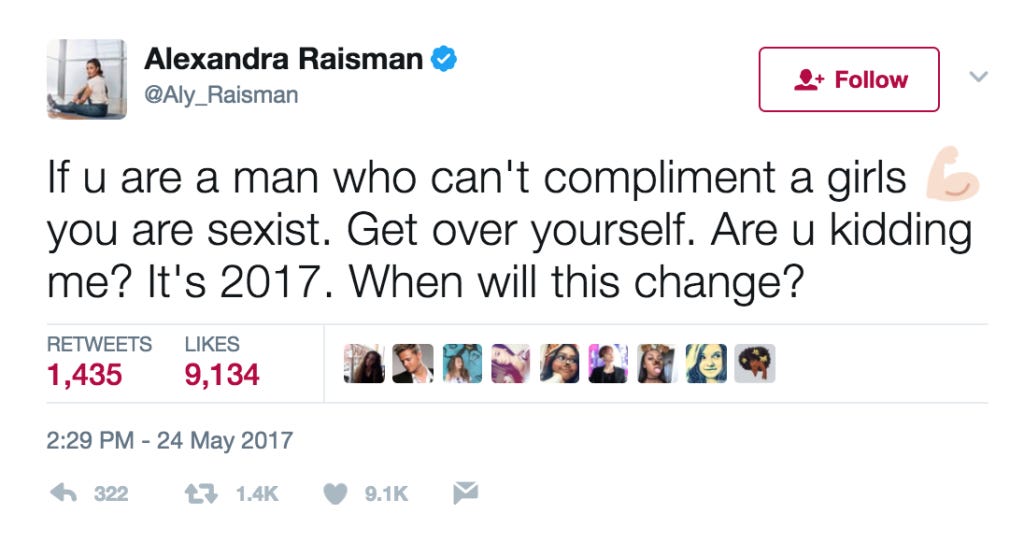 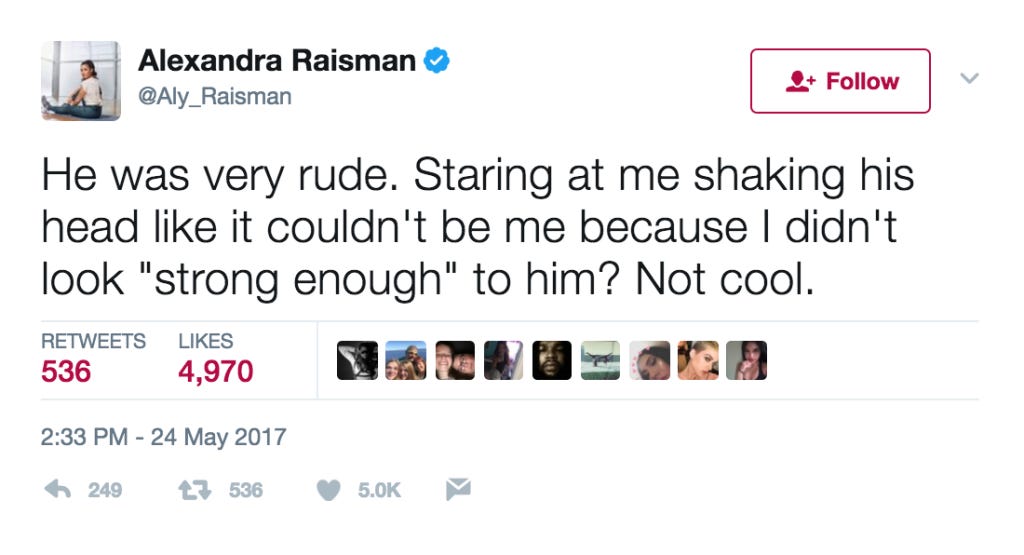 SHOCKER that the TSA employed a creepy, unprofessional weirdo huh? ?Didn't see that one coming. ?I know that body shaming is a big?issue for women and that Aly Raisman has spoken out about her struggles with it in the past, but right now?I think just making it through the line and onto your flight without ending up with gloved fingers inside your butthole at some point needs to be chalked up as a win.

Real strange move though if we're being honest. ?Just picturing some slob in his stupid blue uniform looking a professional gold medal winning gymnast's arms up and down and shaking his head, tsk-tsk'ing the size of her bis. ?I mean if you call a girl fat or ugly or something that's one thing, then you're just a straight up asshole. ?But like, analyzing and critiquing the muscle tone of the girl just trying to get her roller bag x-rayed? ?Pre-crime move x 100.

I will say though, huge win for gender equality right here. I've always been under the very strict impression that you tell a chick her arms are skinny no matter what. ?Skinny arms is like a top 2 compliment. ?There's a whole Instagram pose invented for it. ? And now it is body shaming to say they're NOT big enough. ?That the biceps?aren't cut up and the tris aren't shredded enough. ?Big reversal, and relatable. ? Now women get to feel what I've been dealing with my entire life dropping that $245 a month on Equinox and still rocking noodle arms during t-shirt season.

No wonder Raisman was pissed. ?Girl is yoked. 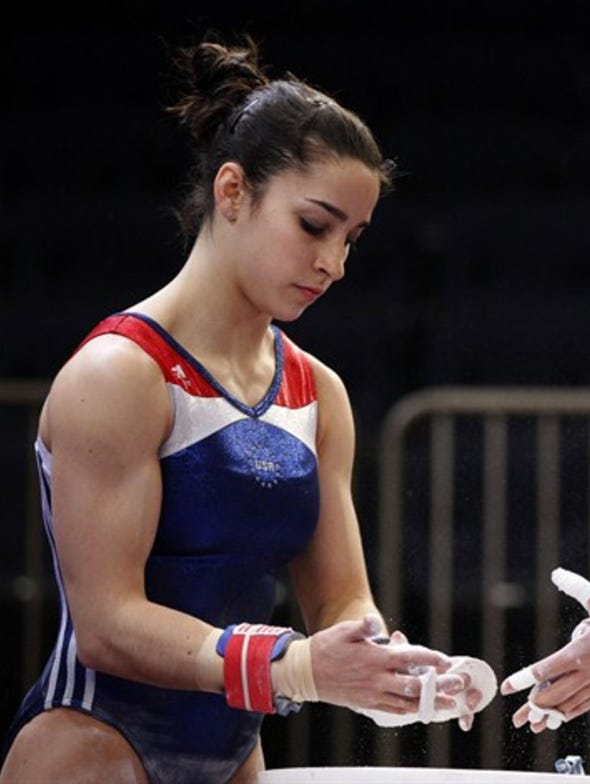 She's got like my entire head inside of her arms. ? You spend that much time in the gym putting up those kinds of gains, motherfuckers better put some respect on your name.