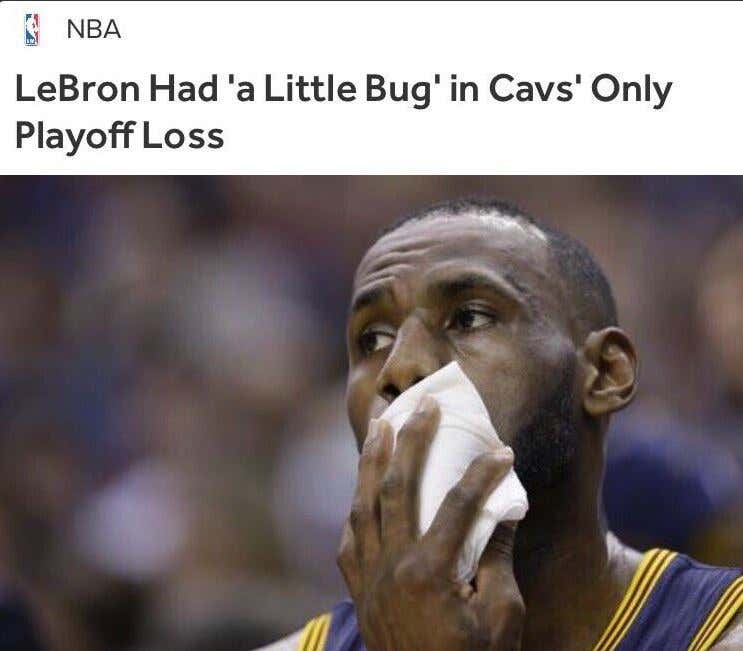 I’ve been running around today but I couldn’t let this story go unblogged. Lebron James forcing Richard Jefferson at gunpoint to tell the media that Bron Bron had a cold for Game 3 and first half of Game 4. That’s why he sucked in those games. That’s why Kyrie Irving had to take over and bail him out. That’s why he disappeared when his team needed him the most. Because he had the sniffles. Such a coward Lebron move it hurts. Like I said last night. If Kyrie is Jordan Lebron is Horace Grant.