Jose Bautista might be on the back nine of his career, but he’ll still fuck you up if you make a mistake. Matt Garza wanted to get this fastball down on the outer half of the plate, but he left it up and Joey Bats pissed on it. 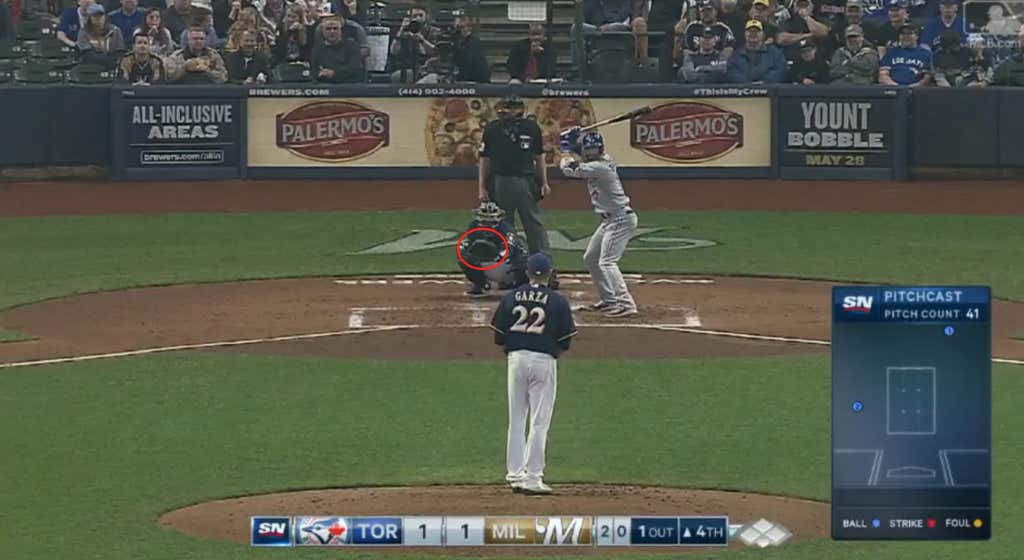 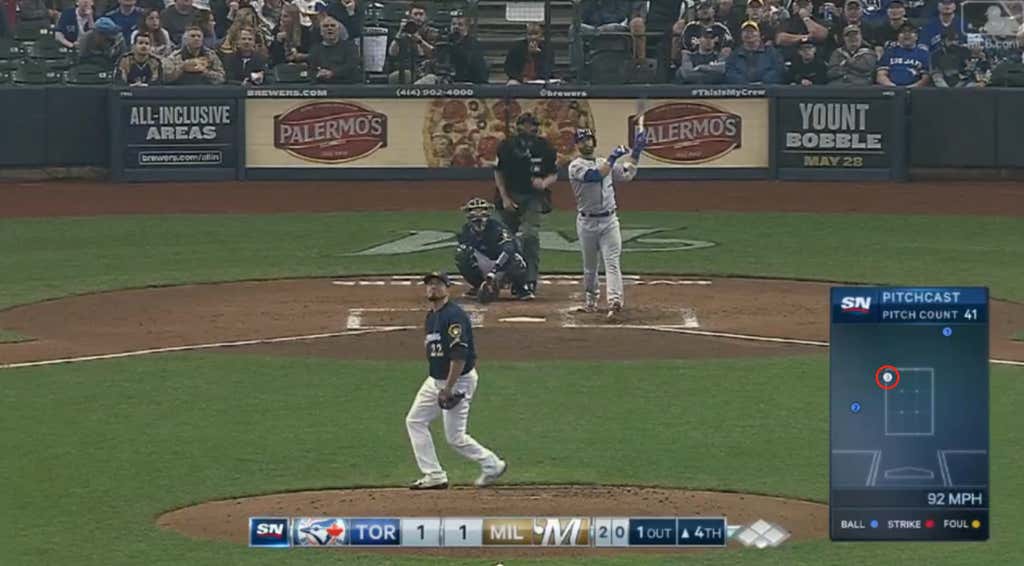 I don’t know why, but the sound of the baseball smashing off the scoreboard just does it for me. Makes it move a little bit. Also, I’ll never understand how Bautista decides when to bat-flip and when not to. He got thrown at for bat-flipping and staring down Eric O’Flaherty in Atlanta last week after he homered off of him to make it a four-run game in the 8th, a game in which the Jays were losing. But this homer today gave the Jays the lead. He also hit the ever-living shit out of it, and he jogged down to first base like he hit a lazy fly that he knew was about to be a can of corn out there. I don’t get it.

Either way, whether you love him or you hate him, there’s no denying that Bautista has been red hot over the last couple of weeks. He came into this game against the Brewers hitting .436 with a 1.378 OPS since May 12. This was his fifth homer over that 12-game span in which he also has four doubles and 11 RBI.

The Blue Jays are still five games under .500, seven games back of first and in sole possession of last place in the AL East, but their climb back into relevancy has been slow and steady as they’re 15-9 over their last 24 games. The Jays swept their brief two-game series with the Brewers, have won three straight, and now head back to Toronto for a 10-game home stand with the Rangers, Reds and Yankees.