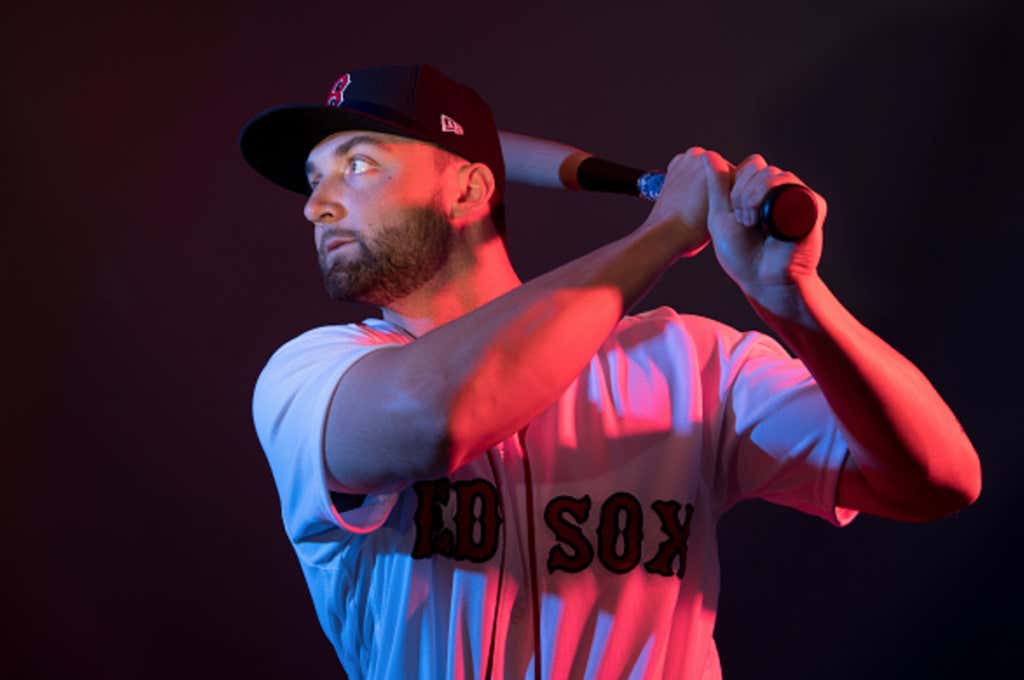 We’ll get to Sam Travis in a second, but doesn’t it seem like the Red Sox have handled the fifth starter spot in a pretty panicky fashion? Like, I’m not entirely disagreeing with them, because Kyle Kendrick, we could see that disaster coming from a mile away, but you’re only gonna give Hector Velazquez one start and then that’s it? He’s done? No benefit of the doubt that it could’ve just been major league debut jitters?

Dude had a 1.55 ERA in five starts with Pawtucket. Maybe give him more than one start to see if he can adjust? Same thing with Brian Johnson — only one start, although he got his spot start when Eduardo Rodriguez was away from the team after his son was born. Johnson’s yet to get a shot at the vacated Steven Wright rotation spot, and is the most qualified arm in the system to occupy it.

I know the team’s record doesn’t really allow for much time to adjust at the moment, but who knows what Velazquez could become with a little more than, you know, one major league start under his belt. Anyway, Velazquez is apparently out, and Travis is in. Travis is an interesting name, and I had written this during the offseason, but my theory is that the Red Sox weren’t aggressive in signing Edwin Encarnacion in free agency or replacing David Ortiz with another player to a multi-year contract because they’re pretty high on Travis, who has drawn comparisons to Paul Goldschmidt. Encarnacion at four years would’ve blocked Travis at the major league level for the foreseeable future with Hanley Ramirez under contract through 2019.

Travis got off to a slow start through his first 13 games, but has since hit .346 with a .922 OPS, 3 homers and 6 doubles over his last 20 games. Offensive production like that is exactly what this Red Sox lineup needs. They’re third in the majors in batting average, fourth in the majors in on-base percentage, but they’re 20th in slugging percentage and 16th in runs scored.

What does that tell you? They’re getting plenty of guys on base, but they don’t have anybody to drive them in. Post David Ortiz Stress Disorder. If Travis can give them anything close to the numbers that he’s put up over his last 20 games for Pawtucket, then this solves a major problem that this Red Sox team has had all year. No thump in the middle of the order, or anywhere in the order for that matter.

But there’s one major problem here — where’s he gonna play? Mitch Moreland has homered in three straight games, and has played in 42 of Boston’s 43 games this season. I’m assuming the plan is for Travis to play first base against left-handed pitchers so that Hanley Ramirez can still DH and Moreland will get a day off here and there. Originally, the plan was to have Hanley play first base and Chris Young DH against left-handed pitchers, but Hanley wants nothing to do with playing first base, so now we’re here.

And while Travis’ bat will be a welcomed addition when it’s actually in there, I hate the idea that he’ll be rotting on the bench and not playing every day just because Hanley won’t play first base. I see Travis as an everyday player as early as next year. I don’t want to hinder his development by relegating him to a platoon-type bench player just because the rest of the guys in the Red Sox lineup can’t hit for power and Hanley refuses to play first base.

This, to me, is another panicky move, trying to do whatever they can to ignite the offense and get this mediocre ass team going. While the short term plan has its benefits, what toll might this decision take from a long term perspective in regards to Travis’ development? He could just about literally play the role of team savior if he could play third base, but I’ve yet to hear or read anything in regards to the Red Sox’s willingness to change his position.

That’s backfired for them in the past when they’ve taken a prospect who can hit but plays a position that’s already filled at the big league level, and tried to move them to a position of need. See: Swihart, Blake. Travis has never played third base as a professional, and it’s not exactly a position you can just pick up seamlessly. I guess we’ll have to wait and see how this thing plays out, but it reeks of desperation.