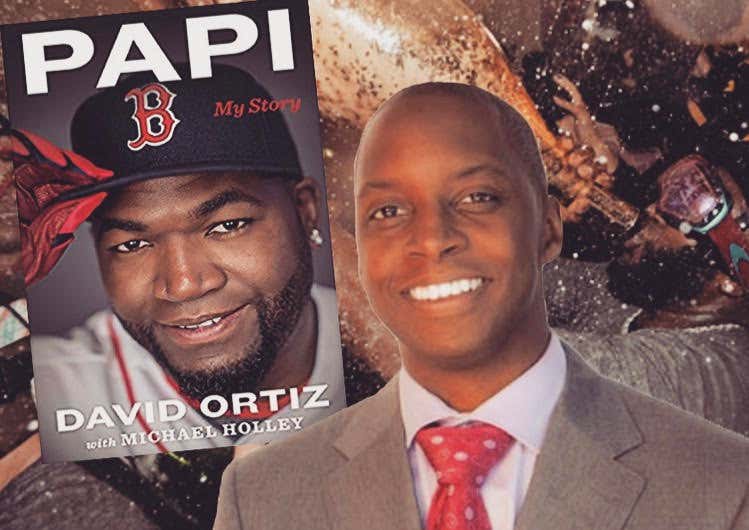 On Episode 92 of the Section 10 Podcast, we’ve got Michael Holley of WEEI, CSN New England and the author of the recently released book, Papi: My Story. As always, we see if he’s a side boob guy or an underboob guy, and then we get right into his story — how did the Cleveland sports fan from Akron, Ohio end up as one of the most prominent sports media personalities in the city of Boston? Does he identify as a Bostonian? We have a discussion about writing, doing radio and TV and how each medium is completely different and which one he prefers and why, how the Papi book actually came about after an axed book project about the Celtics, our writing habits, how the hell he manages to do four hours of radio and three hours of TV five days a week, the biggest difference between Dale and Holley is from when they first launched in 2005 versus what it’s like today, and the influence that Glen Ordway had on Holley’s career.

From there, we talk about how WEEI didn’t take the Sports Hub seriously at first and the impact that underestimating them had on the station, knowing that Dale Arnold was going to be fired three weeks before he actually got fired and how it impacted their relationship, the mistakes that were made by WEEI after the Sports Hub launched, comparing the environment at WEEI versus the environment at the Sports Hub, a little discussion on Kirk Minihane and how he’s shaken up the radio business in this market, the disaster that was the Mike Salk Era, how the Sports Hub corned the Bruins market while WEEI essentially ignored it, and we give Holley 60 seconds to make a sales pitch for his new book. Not because we’re dicks and didn’t want him to promote it. He had to run and spend some time with the wife, which I’m sure we can all understand.

If you want to pick up a copy of Holley’s new book, Papi: My Story, you can grab one here!