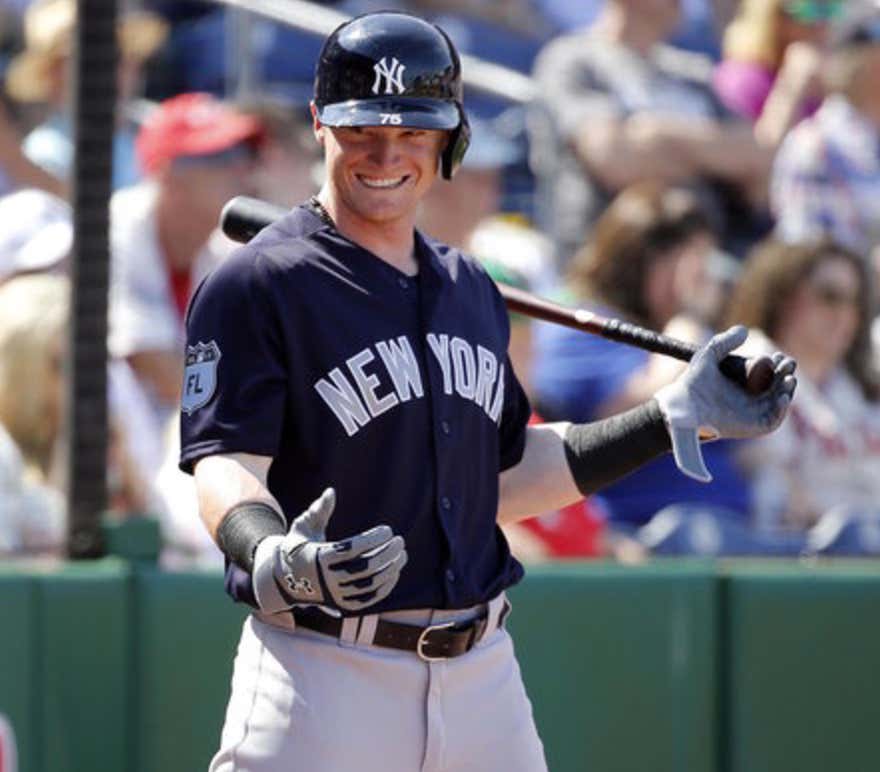 This may not be the most popular take I’ve had, but Clint Frazier is going to have to be traded if the Yankees are going to make a deep playoff run. Was I all bonered up when Frazier and Justus Sheffield came over last summer in exchange for Andrew Miller? You’re goddamn right I was. But now with a largely crowded outfield and a thin starting rotation, it seems that Frazier has become somewhat expendable for the right price. Sure he’s a fiery (no pun intended) outfielder who has great pop, but it’s going to be difficult to find a spot for him to play without benching someone unnecessarily. Yeah so what if Clint Frazier is “fun” to have on a team, I want a goddamn championship this year. It just so happens that there are expected to be numerous starting pitchers available come deadline time, some that could take a team from be a contender to a World Series favorite.

PLEASE GIVE ME THIS GUY. Gerrit Cole has always been a favorite of mine since he first came up. He’s a power pitcher that reminds me a lot of Roger Clemens (my favorite pitcher growing up). What’s also interesting is that Cole was initially drafted by the Yankees back in 2008, but never even negotiated with New York with a determination to go to UCLA. The recent rumor has pegged Cole coming to New York as being the missing piece to a championship run. It will take more than Clint Frazier to get the fireball thrower, considering he has three years of team control left on his deal (including this year) paying him pennies on the dollar. It’s a little alarming that Cole has only once gone over 200 innings in his four full season. But the dude is only 26 years old. If I’m Brian Cashman I’m overpaying for Gerrit Cole. He’s the ace the Yankees need for this year and many years to come. Pittsburgh might be the biggest sellers come deadline time considering they are in the cellar of one of the toughest divisions in baseball. So what does “overpaying” mean for Cole? Along with Frazier, maybe Sheffield, maybe McKinney, maybe Andujar? Not all of them, but a combination of three probably. I think of the people that aren’t up yet the only two that are truly untouchable are Gleyber and Rutherford. I’m expecting the Astros and Yankees to get into a bidding war for Mr. Cole.

The Japanese flamethrower has been fantastic in his short career, when he’s on the field. Health has always been a big issue with Darvish since he came into the league in 2012 whether it was recovering from Tommy John surgery or dealing with multiple neck and shoulder strains last year. He’s 30 years old and a free agent at the end of the year. I’m going to expect the Rangers try and extend Darvish before letting him get to the free agency. Texas is hot, winning nine of their last ten games, so it’ll be tough for them to give up on this season and deal him for prospects. There would have to be growing concern he’s absolutely not going to sign back with them to trigger a deal, but I’m expecting a contract extension in the near future. That being said, getting Darvish to the Bronx with Frazier being the centerpiece is something that widens my eyes. Getting Darvish would also, in my mind, increase the Yankees chances of signing Japanese sensation Shohei Ohtani. But maybe that’s just me being racist cause they’re both from Japan.

Billy Beane has had multiple opportunities over the years to deal Sonny Gray as the A’s playoff chances diminish earlier and earlier each season. Now they’re at a point where Gray hasn’t looked his best for two years and his stock his “low.” I’m not even sure it would cost the Yankees Clint Frazier to get this done because of the buy low factor, which would be incredible obviously. Like Cole, Sonny Gray is under team control for three seasons (including this one) and is only 27 years old. Two years ago Gray went 14-7 with a sub 3 ERA, finishing third in the AL CY Young race. A change of scenery and the strong opportunity to win a championship might be what this young gun needs to snap out of his funk. Watch his start in his rookie season when he dueled with Justin Verlander in the playoffs and was absolutely untouchable.

Quintana has proven he’s a top of the line starter, but I think he’s going to cost the most out of this group. He’s under contact until 2020 for pennies on the dollar while also having the best combination of quality and durability of this group. He’s only 28 and he’s a lefty. I think it would cost New York Clint, Sheffield, and more after that just to get the White Sox listening. Expect the Red Sox, Astros, and Dodgers to be heavily involved in talks for the southpaw. I just think the three names I listed above are more reasonable to acquire than Quintana.

In the end I want Gerrit Cole, but I’ll settle for Sonny Gray. The Yankees have proven they are back to their winning ways, but their rotation doesn’t have what it takes to advance in October. After Pineda and maybe Severino I can’t rely on anyone to get playoff outs. Montgomery has time to prove he can, but it’s too early to tell. We haven’t seen Chance Adams yet, but something tells me we’re not too far away. Tanaka looks absolutely fucking lost and CC just won’t be able to make it to October let’s face it. We need an elite arm or two, and with how stacked the farm currently is, Cashman needs to pull the trigger and make this team elite.

Have anyone else in mind? Hit me up on Twitter and let’s talk @ehubbs13