Daily Mail- One can only imagine what was going through Vice President Mike Pence’s mind as the Secretary of the Interior flung his wife around during a series of wild dance moves. Pence spent Friday evening at a campaign rally in Billings, Montana, speaking on behalf of Republican US House candidate Greg Gianforte.

Not a good look for your boy Mike Pence this morning. One thing is to let a fellow politician dance with your wife after a quick speech. It is QUITE another thing is to let him Do-Si-Do her to the moon and back while dressed in full cowboy gear in his home state. Especially after you told people that you don’t go to dinner or events serving alcohol without your wife.

Yeah I know Mike was right next to her and saw the whole thing go down. But do I need to remind you who that tall, handsome fella in the 10 gallon hat and boots is? It’s Ryan Zinke. Fomer Oregon Duck football player, current Secretary of the Interior, and future President of this great nation. Last we saw Mike he was riding a horse on his first day of work.

Next time he pops up on the radar he is swinging Karen Pence round and round right in Mike’s eyeball. That is not a dude you want twirling your wife like a carousel. Dave said letting JHammmmmmmmy into the Barstool world was like letting a fox in the henhouse. Well letting Ryan Zinke dance with your wife is like letting a pack of lions into the henhouse. And before anyone starts marching on HQ with pitchforks and torches chanting “Libstool”, I said the same thing about Bill Clinton when Hillary got twirled like a fucking baton by this New York State Senator.

The only difference is Slick Willie probably doesn’t give a shit. Mike Pence definitely does. This is one of those “smiling on the inside but ready to explode on the inside”. 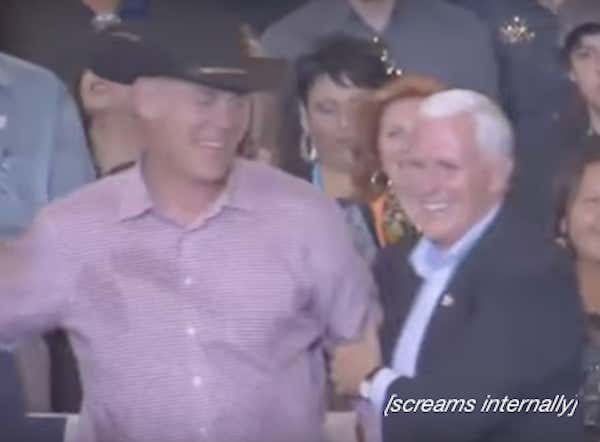 And this is the look of someone that just had her world rocked via some good old fashioned Montana country dancing. 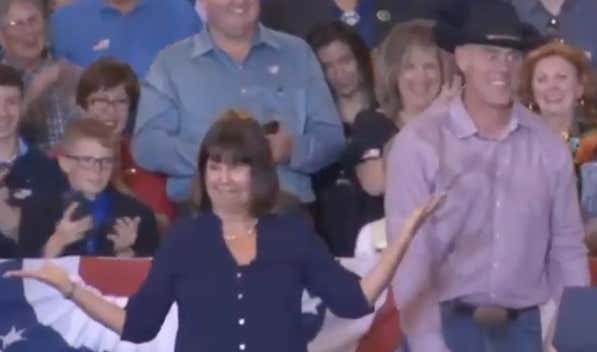