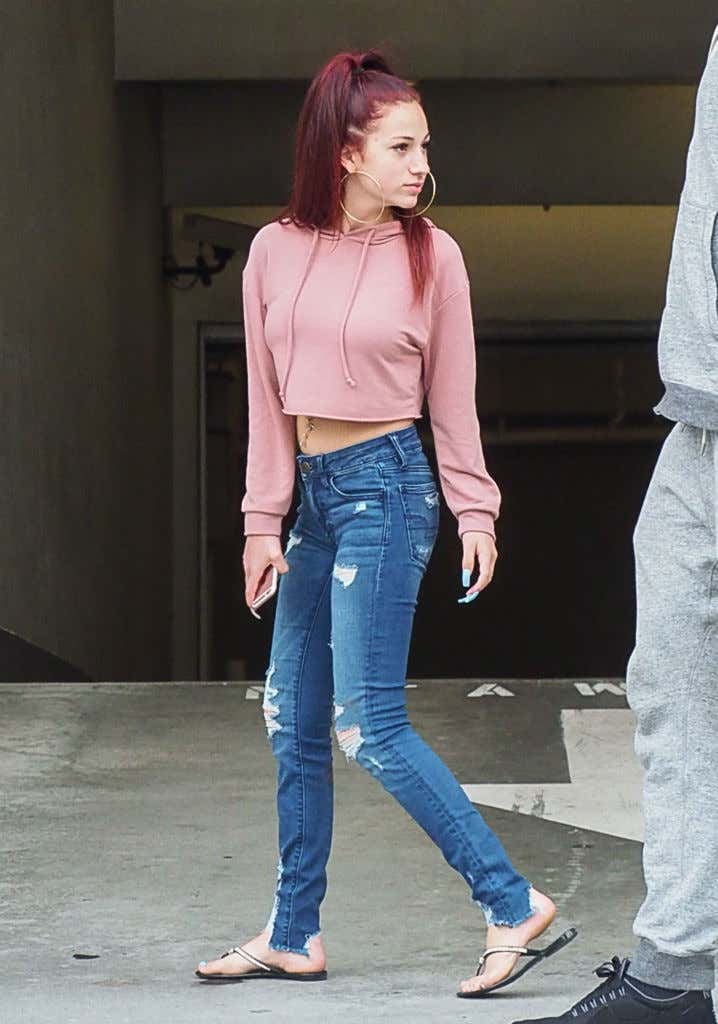 TMZ – Danielle Bregoli is taking her “Cash Me Outside” routine — aka just being Danielle — to a stage, possibly near you, for a national tour … TMZ has learned.

Sources close to Danielle tell us she’ll be hittin’ the road, and stands to make up to $50k per show if they sell out. So far, we’re told her team has 2 big city venues locked down. We know what you’re thinking — what’s a freakin’ “Cash Me Outside” stage act look like?

- Danielle lip syncing and rapping to her fave songs, plus established acts making cameos.
– Live Q&A with the audience, which seems risky considering how defensive she can get.
– Invite audience members onstage to joke around. Translation: Get ready to be roasted by a 14-year-old.

I know every time I blog about the Cash Me Ousside Girl Danielle Bregoli some people complain. But seriously they’re some of the most read blogs on this site every time, I think because people are curious at how this whole story turns out. And if you can be honest and admit you’re curious about how the story of a teen going viral for being trashy in an entertaining way ends, you should be 100% in on the idea of the Cash Me Ousside girl doing a road show where she somehow has to entertain people on-stage for an hour. I think there’s a very high likelihood it ends up like the end of Bart’s “I Didn’t Do It” boy episode of The Simpsons but I’m glad to live in a world where it exists.

Even more than a reality show or her selling merch would be, this is a test of the free market on full display. Will people leave their homes, buy tickets, and go watch a girl because she once yelled at a bald show host while entertaining an audience? (Great news for Nate if so.) Will people somehow find her antics entertaining when she’s got to compete with bands, stand-up comedy, and a million different forms of in-home alternatives? It’ll either be a hilarious success that makes us all ashamed of our nation or an even funnier failure that would be a cautionary tale for what 9.6 million viral Instagram followers are worth. She’s going to have to develop some sort of talent or it will be a bomb for the ages. Show or prove. Whether she fails catastrophically or it’s somehow enjoyable to watch (even ironically), I’m excited to find out either way.

Also it goes without saying that if there is a NYC event Young Pageviews and I will be there to meet the star of stage and screen Danielle “Cash Me Ousside Girl” Bregoli and enjoy her performances. Normally watching a 14-year-old “lip synch and rap to her fave songs” would require binoculars and a very warped set of morals. But now we can pay for it and pretend it’s actual “entertainment”! What a country!