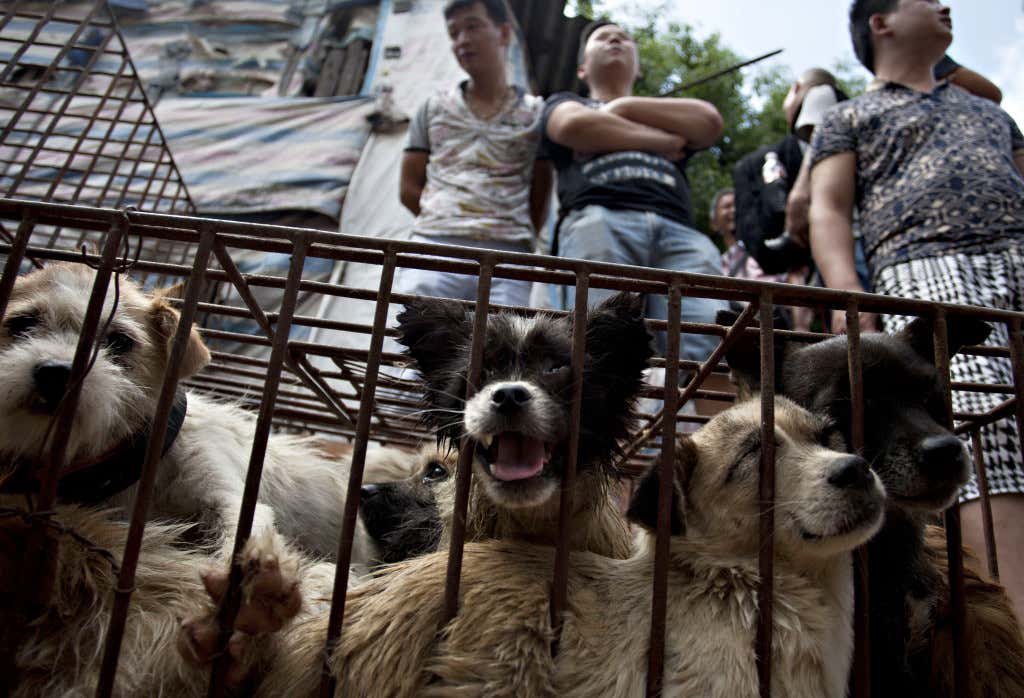 The ban, reportedly spearheaded by Mo Gongming, the newly appointed Communist Party secretary of Yulin, in the Guangxi Zhuang Autonomous Region, will come into force on June 15, one week before the festival’s scheduled June 21 opening. Those who break the ban risk arrest and fines up to 100,000 yuan (US$14,500, HK$113,000), according to HSI.” – (South China Morning Post)

Every dog has it’s day! Smell ya lata Yulin Dog Meat Festival! (Actually it’s full name was the Lychee and Dog Meat Festival. Pretty fucked up that they’d pair something as innocent as Lychee fruit with something as savage as devouring Man’s best friend.) As far as I know this was the only dog eating festival in China but oh man was it a doozie. 10,000-15,000 dogs used to be eaten at it every year although numbers dropped to 1,000 in 2015. There was also a witness who claimed that some of the dogs eaten ever year appeared to be stolen household pets, judging by their collars. The nightmare is over now tho. Only bad news is that now you won’t get to see me go to the festival and pull an Elliot from E.T. and just start freeing as many dogs as possible.

The festival wasn’t banned as a result of pressure from foreign animal advocates like PETA either. It was initiated by the legend Mo Gong Ming, just your regular everyday communist party secretary who happens to have a soft spot in his heart for dogs. See that’s the good thing about communism, when you want something changed you just change it. No need for voting or bureaucracy. Ya that can backfire when the chairman in charge decides he doesn’t like your face anymore but we’re focusing on the pros here.

Welp, now that the practice of eating dog in China is becoming increasingly taboo, I think it’s time to start seriously addressing the Chinese(and U.S. to a lesser extent) practice of making dogs wear ridiculous clothes and pretending they’re human. I don’t want to speak for an animal that can’t speak for itself but there HAS to be some dogs out there that would rather get eaten than be turned into this pup…

P.S. Not directly related but I HATE people who call dogs “doggos” and puppies “puppers.” It’s some weird internet that meme that I’ve come across a few times and for some reason it always infuriates me. Wouldn’t mind in the slightest if those people were forced to fill in for dogs this year as the festival’s main course.