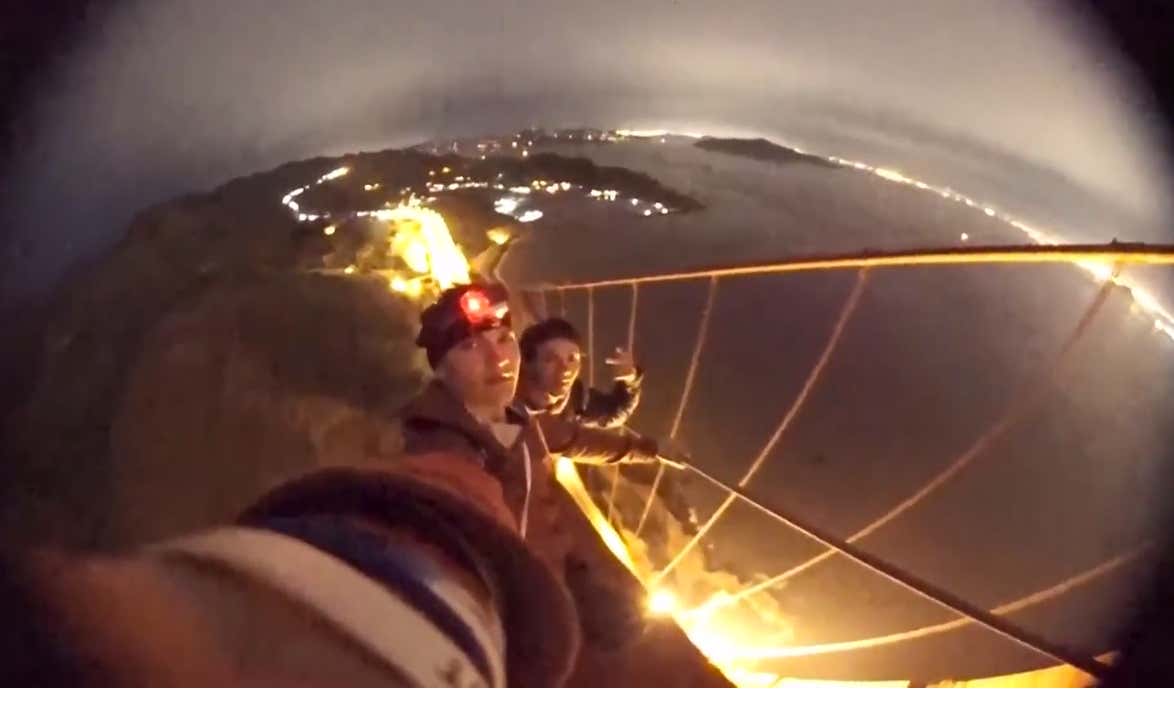 SAN FRANCISCO – Two teens who eluded security to stage a nocturnal climb of the Golden Gate Bridge have triggered a social media frenzy of their high-wire antics and prompted a security review at the bridge, CBS San Francisco reports.

Peter Teatime and his friend Tommy Rector dodged the bridge’s security systems and climbed the 746 foot-high structure with no safety equipment last month.

He told CBS San Francisco that it took about 10 minutes to climb to the top of one of the bridge’s famous towers.

“We did it about a month ago, at the beginning of April,” he said. “There was not a lot of thinking — There’s the bridge, let’s do it.”

Teatime says his passion is exploring and gaining new experiences.

Fuck these rowdy teenagers. They are up to no good, in my opinion. Just up there doing flips all willy nilly while my stomach absolutely gets knotted up while I’m on my couch. I’m concerned! Get down from there, Peter and Tommy!

Truthfully, I don’t think teens or people should get in trouble for doing videos like this. I mean, you know the risk. If you fall off, you fall off. If you vomit, you vomit. No reason to throw them in jail. Tip your hat to them if they make it down from the top and clean em up if they don’t. Simple as that.

Teatime is an outrageous name though. I love it. Tee time for Teatime. Everyone at the starter laughs.

“You bring your little dishes with you, you little bitch? Ole saucers and stuffed animals lookin boi.”