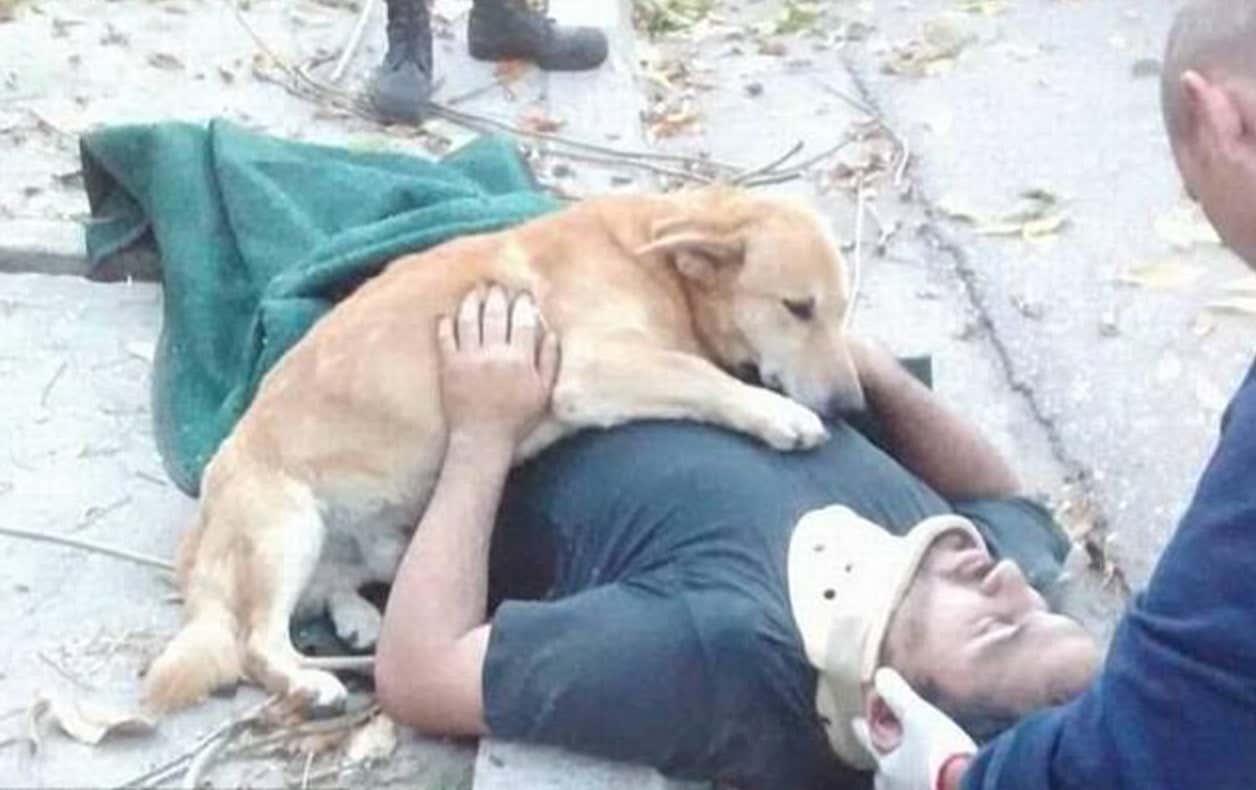 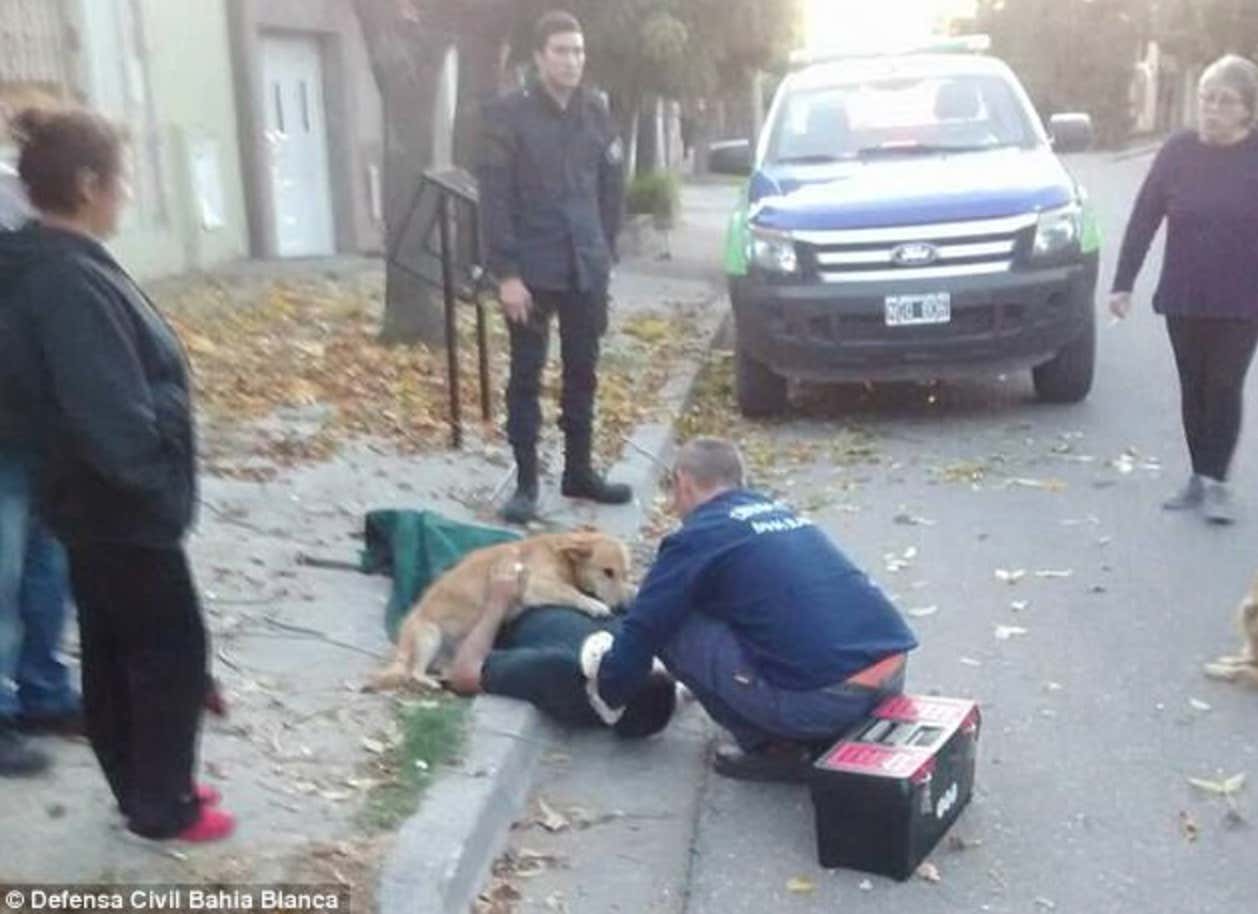 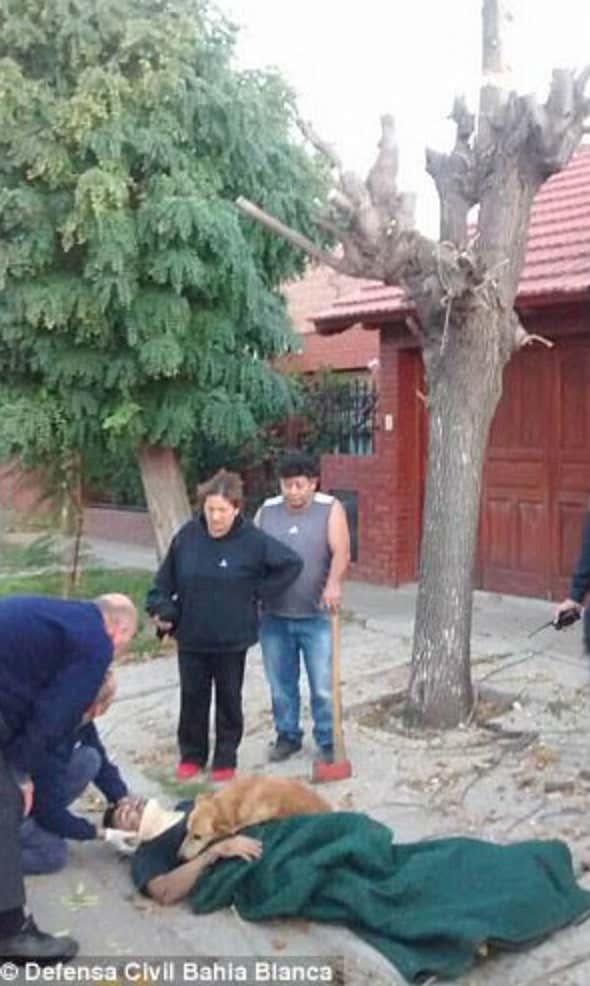 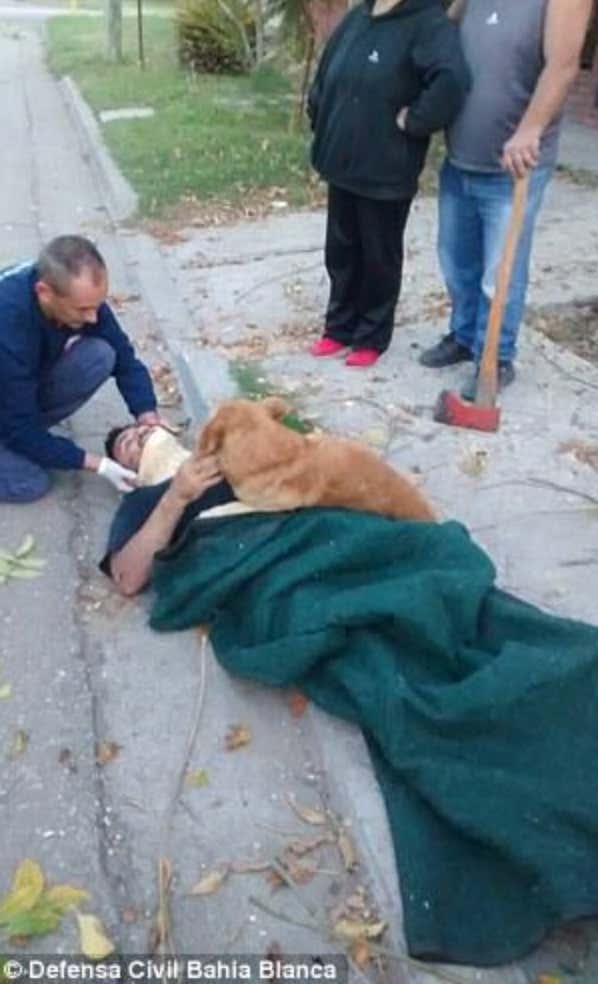 Daily Mail- This is the heartwarming moment a pet dog laid with his owner after the man fell from a tree and injured his back. Jesus Hueche, 28, from Argentina, was pruning a tree out the front of his house in the city of Bahia Blanca when he slipped and fell 6ft on to his head on Saturday. Mr Hueche said he was momentarily knocked unconscious and when he came to, dog Tony was already laying on top of him and nuzzling his chest. The faithful animal remained by his owner’s side while neighbours, who had fortunately seen the accident, called for an ambulance. Even when paramedics arrived, Tony refused to get away from Mr Hueche, barking and baring his teeth at the ambulance workers. Eventually the doctors managed to convince the worried canine that they were there to help, and put Mr Hueche in a neck brace.

Can I be honest for a second? Are we in the trust tree? I’m a little disappointed in the part of the story where the paramedics were able to talk Tony the dog off of his owner’s chest. Sounds crazy but hear me out. I loved the part where Tony immediately cuddled his owner after he fell out of a tree. I loved the part where Tony was baring his teeth at the ambulance workers even though they were trying to help. Dogs are sweethearts but I like that they’re very suspicious of anyone who comes near their people, even someone who is clearly trying to help an injured man who fell out of a tree. Part of me wishes Tony would’ve cuddled his owner and stayed on top of him until he died of starvation. Just never let any sort of paramedics or police officers pry him away from his best friend to the point where his best human friend dies. Seems counterintuitive but whatever. The other side to be argued is that Tony knew the paramedics were his owner’s best course of action to survive but still. I need a dog who protects me even when it’s not in my best interests and I die.