The Sixers had their lottery draft party at Xfinity Live last night. And during the glorious event, the Sixers got the 3rd overall pick, Joel Embiid further cemented himself as the best personality in professional sports, and this happy couple got engaged.

Now a lot of people are probably thinking that this is a sad excuse for a proposal. Asking a woman to spend the rest of her life with you (or until you decide to get divorced) at a party that is celebrating years of cultivated failure. But you couldn’t be more wrong if you tried. Because if there’s any one metaphor that works perfectly for marriage, it’s the Philadelphia 76ers.

I’m not a married but I’ve heard KFC talk about it plenty enough to feel like I know what it’s all about. The Sixers motto since the Hinkie era has been “Trust The Process”. We’ve all heard it 76 trillion times over the last few years. And in marriage, you just have to TTP. You’re going to have shitty year after shitty year. Years where you’re only getting 10-15 wins. Years of mediocrity. Years of despair. Years of failure. But you always have it in your head that one day it’s going to get better. That one day all this pain and suffering will be worth it. One day your three 3rd overall picks and 1st overall will put it together and you’ll be a legitimate contender. Who knows if it’ll actually happen. There’s a great chance that you’ll end up just dying one day without ever seeing them win a championship. But it’s the idea that keeps you going. It’s the idea that keeps you alive. Hope is a good thing. Maybe the best of things. And no good thing ever dies. 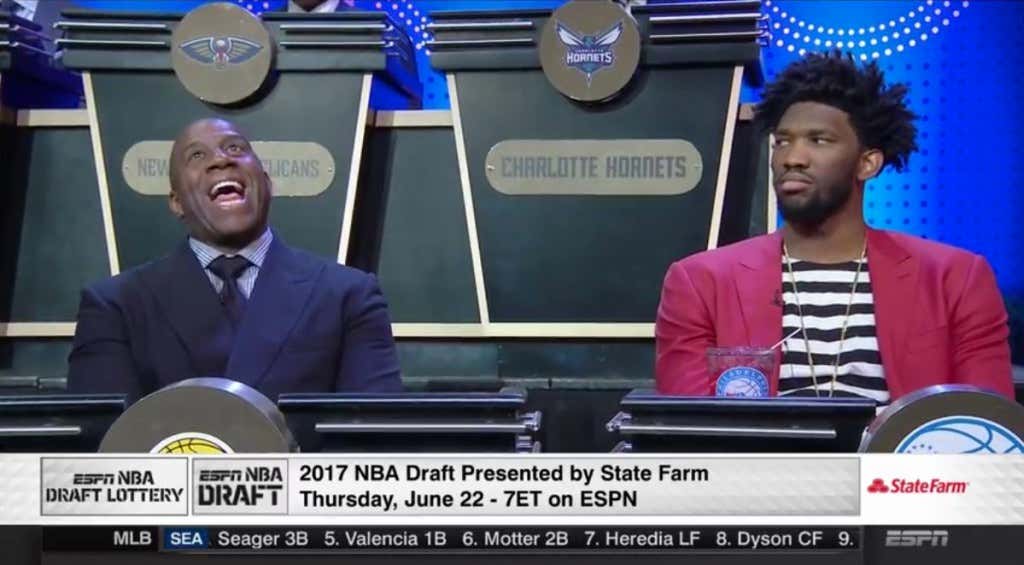