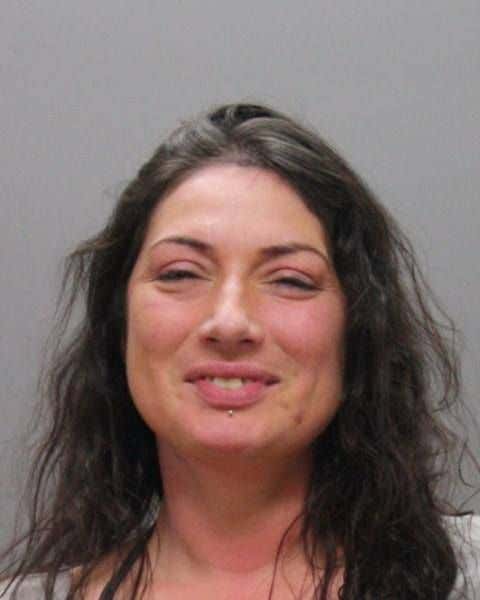 Taunton Police published a vivid account of a drunk driving arrest on the department’s Facebook page Tuesday, describing the bizarre series of events that led to 39-year-old Amy Rebello-McCarthy facing charges of operating under the influence, driving to endanger and a marked lanes violation.

Police responded to a Staple Street address at 1:23 p.m. this afternoon for a report of a car crash. What they found was a tableau of destruction, according to the Facebook post.

“At the crash scene it was determined that Amy was driving her 1999 Mercedes on Staple Street at a speed greater than reasonable and proper, left the roadway, struck numerous (six) mailboxes, some of which went airborne and smashed the rear window of a vehicle parked in a driveway along the way, crossed the street onto lawn and wiped out the homeowners new well cover,” Taunton Police wrote.

Rebello-McCarthy, a longtime Taunton resident who now lives in Newton, was standing next to the crashed car when officers arrived.

“When they approached her she began laughing and didn’t feel the crash was that serious,” police wrote. “She was slurring her words and at times drooling.”

People are hating on Amy because she was slurring her words and at times drooling. Well, whoop de fuckin do, bitcc. I end up in that same position at least three times a week. If that’s a crime, lock me and all my fancy boy friends up right now. We happen to like strong bourbon, so shoot me again.

Amy has the look of an experienced drinker and driver. Not her first rodeo. But I don’t think she keeps her bearded dragon in her clothes every day. (not to be confused with a bearded clam which is a vagina. Again, I say vagina because I’ll never write pussy in a blog. That’s a promise). Not being ready to have a lizard in your blouse and driving is dangerous. You have got to strengthen your nipples. With enough time and practice, your nipples can be turned into practically leather. You can nearly pierce them with a nail and you won’t make a peep. That’s advanced stuff, though.

If you’re a nipple novice cruising around at greater than reasonable and proper speed and a bearded lizard takes hold of your nipple, what would you do? Would you casually throw on your blinker and yield the right-of-way? Of course not. You’d plow through mailboxes and trees. You’d yelp in agony. You’d scream for mercy. Larry the Lizard has a grip on your areola and there’s no end in sight.

Now you’re in jail. Your best bet in jail would be to treat your nipples harshly so this type of thing never happens again. Just some advice from a friend. Good work, everyone.