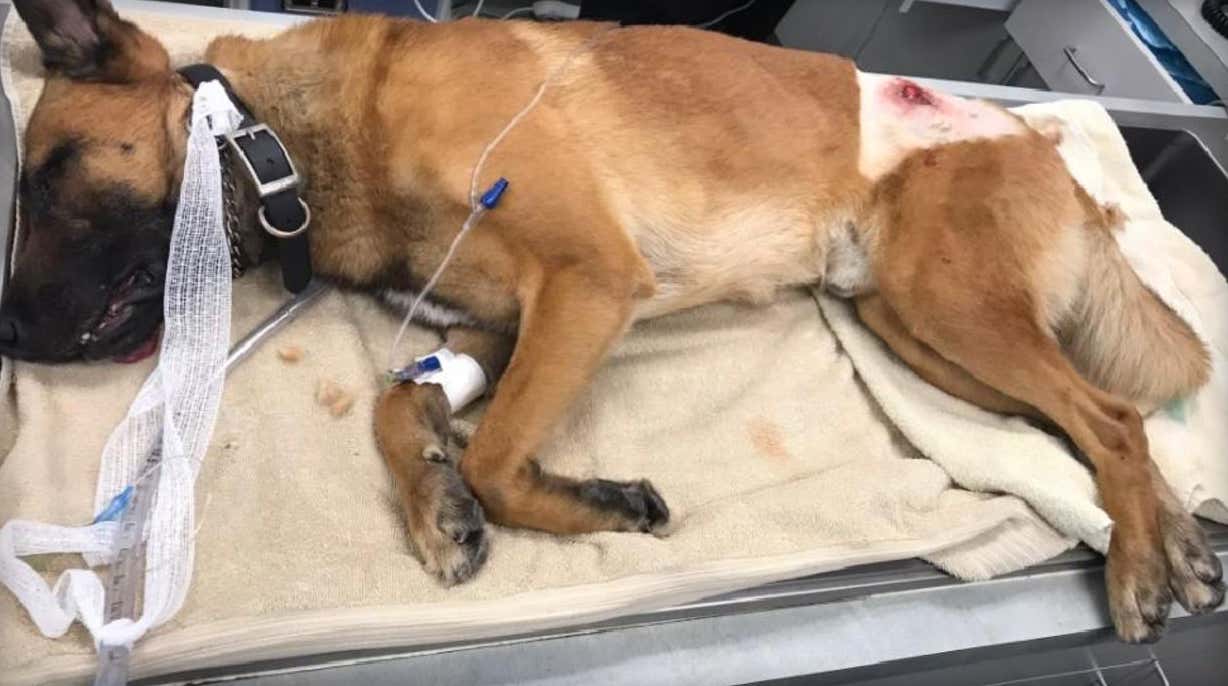 JUPITER, Fla. – Authorities say a man was shot and killed after two separate shootouts with South Florida deputies while a police dog took a bullet during one of the shootouts.  The Palm Beach Post reports that 46-year-old Philip O’Shea died Friday evening. Palm Beach County Sheriff Ric Bradshaw says O’Shea had an extensive criminal history and was wanted in Raleigh, North Carolina, in connection with a May 2 motel robbery.  Bradshaw said deputies saw the suspect, and chased the suspect before he crashed the vehicle, CBS affiliate WPEC reports. Gunfire was exchanged between deputies and the suspect was killed.  PBSO K-9 Officer Casper took a bullet in the gunfire that was meant for his partner, Bradshaw said. K-9 Officer Casper is in surgery and is expected to survive.  Authorities say O’Shea was involved in a shootout Friday morning in suburban West Palm Beach where one deputy was injured while diving for cover. Bradshaw said O’Shea had many outstanding out-of-state warrants in North Carolina prior to coming to Florida.

How many of your human friends would take a bullet for you? I mean actually take a bullet for you. I mean actually jump in front of a fiery piece of lead that’s gonna hit you and hurt really really bad? I’m gonna say that number is less than 1 for the most part. Everybody says they would take a bullet for their close friends but they don’t mean it. It’s a preposterous notion when you really think about it. Take a bullet for somebody that’s not me? GTFO. Absolute crazy town. Life is all about looking out for #1 at all times. People say they would take a bullet for someone because 99.9% of people will never find themselves in that scenario. It’s just a nice thing to say. It’s a figure of speech. When the chips are down your friends are 100% using you as a human shield like you’re a stranger. That’s just a fact. Well not to our guy Casper here. He takes that shit super duper serious. He took an oath as a dog and that oath means hopping in front of his partner when shit pops off and the bullets start to fly. LOL that the asshole who fired the shots died but the dog pulled through. Dogs win again. Dogs always win.