I like it. Imagine a White House press room where the reporter asks a question, everybody waits 5 or 10 minutes, then a piece of paper with the written response slides out a little slot in the wall? That’d be fantastic. Instead of standing up there and taking grenade after grenade every day, Spicer just crouches behind the little slot on google dot com cranking out answers. It’s genius.

How can the press expect Trump’s people to accurately respond in real time when he’s so active? It’s insane. If it were one of those lazy ass Presidents. But Donnie? Donnie’s active. Donnie’s bumpin’ and jivin’. Donnie’s kicking asses and taking names and flying to Florida every weekend to golf. Heading up to Jersey — Meetings!

His team can’t simply just keep up. Nobody can. Let’s replace Spicer briefings with pieces of paper and make sure the American people are getting the accuracy they deserve. 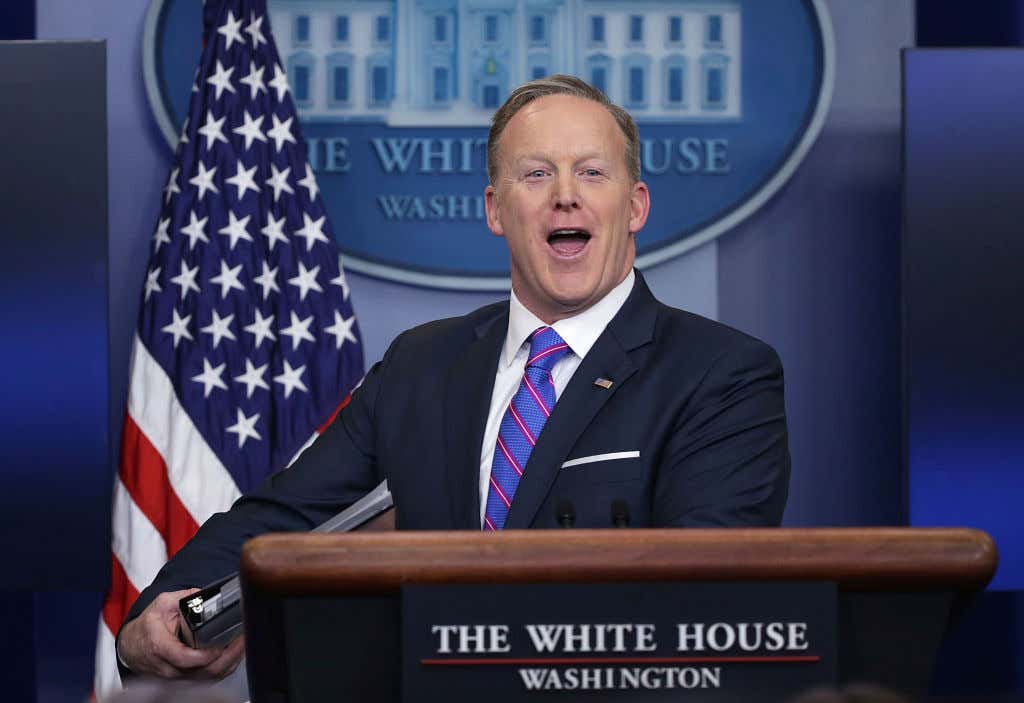