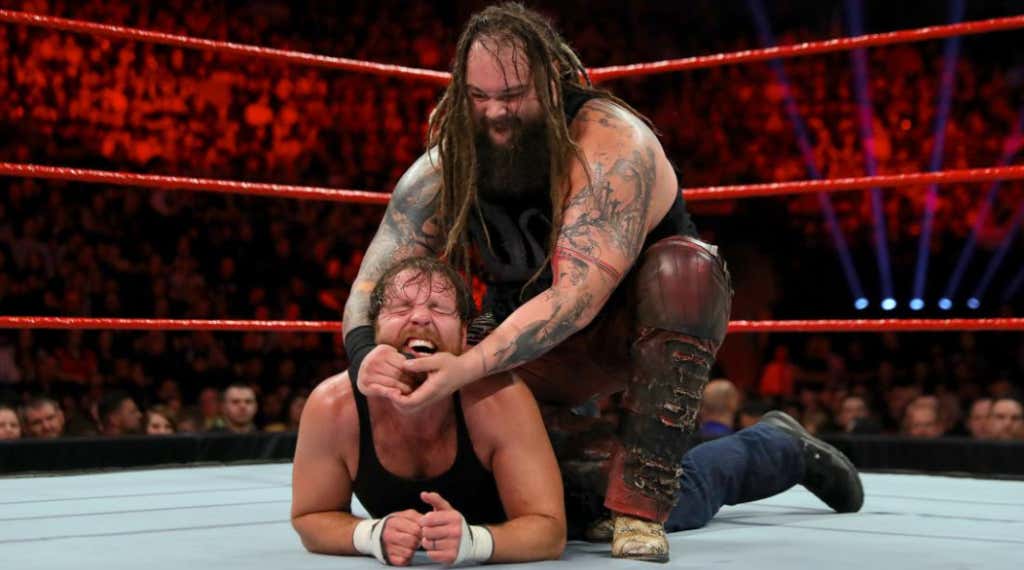 Sup everyone? Glad to have ya. I’m currently blogging this from my bathroom floor at home because me, YP, and Big Daddy Trent got some sushi last night that just hasn’t stayed put. To put it simply:

Yep. Onto RAW, live from London!

Kurt Angle’s American ass couldn’t make the trip to the UK, so Dean Ambrose and The Miz will be acting as co-General Managers for the night. I’m usually a big fan of the concept, and tonight was no exception. Even if it’s not executed to perfection, it’s an easy way to shake things up for a night and come back strong the next week. Braun Strowman came out with a sling on his arm, because as we found out yesterday, he’ll be out for the next 4-6 weeks. This isn’t a lot of time to be away, but Braun’s Braun, an unstoppable fucking monster of a man, and I don’t like seeing him being stopped. Kalisto, the worst promo in the company, then came out and cut the worst promo in the company, but I liked the idea of all of it. My brother and I recently rewatched a RAW from 1998, and this segment really stuck with us:

McMahon is talking to The Undertaker, Stone Cold comes out, DX comes out, Austin and Taker become referees for DX’s match later that night. I don’t care how ridiculous or silly any of that is, it’s unpredictable. You had no idea what would happen at the beginning of that segment. That’s what last night’s opening segment gave me a taste of.

The Miz vs Finn Bálor was more segment than match, but succeeded on all fronts. Finn looked great in the match, The Miz abused his power as co-GM right away to declare himself the winner, Ambrose came out to save the day, and Bálor picked up the win. Everyone played their roles perfectly. Unfortunately the crowd was super dead for everything all night, and not even this could get a reaction.

Alexa Bliss defeated Mickie James suddenly after a…punch. Which is, allow me to borrow a term from my pal Uncle Chaps…actually good! If Alexa Bliss starts making us believe any move can end a match, she can accomplish what nobody has in over a decade, and have consistent non-finisher near falls. It was also cool to just see Bayley out there with Mickie James, knowing that had to be so surreal for her.

Yeaaahhhh, that’s the good stuff. I fucking love that Braun retreats like a video game boss after getting beat up. The dude just disappears. It’s amazing. BRRRRRAAAAAAAAUUUUUUUUUN.

It’s easy to play Tuesday Morning Bookerman, but who’s idea was it to get Sheamus and Cesaro over as heels by going to the UK and having them win number one contendership in very dominant fashion?? Just seems like a formula for disaster. Golden Truth were surprisingly good here, I will say that.

Joe said he’s not done with Seth Rollins yet, and he proved it last night. Ramming Rollins head into the exposed turnbuckle, getting himself disqualified, then choking the life out of him was main event monster material. I’d buy Joe vs Brock right this instant.

There was a whole bunch of nothing leading into the main event, again proving RAW should be no longer than 2 hours, and then we got a fresh matchup we’ve never seen… 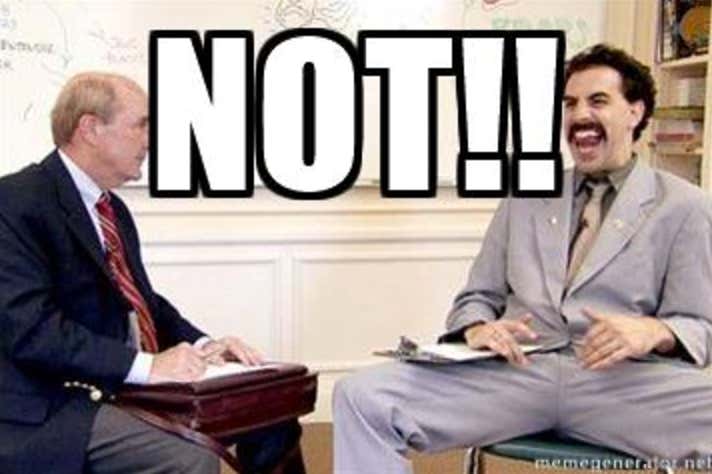 I can’t do Dean Ambrose vs Bray Wyatt again. I’m sorry to let you guys down. Just not gonna happen. Literally turned RAW off, watched an episode of 13 Reasons Why, and went to bed before the main event started. I saw every variation of this there could ever be, I watched Ambrose lose to an exploding television, just don’t insult me like that. Who are you, a member of a failing soft rock band??? (Kings of Leon, boom roasted)

SmackDown’s also in the UK tonight, so look forward to that if you want. Hopefully the crowd is awake!