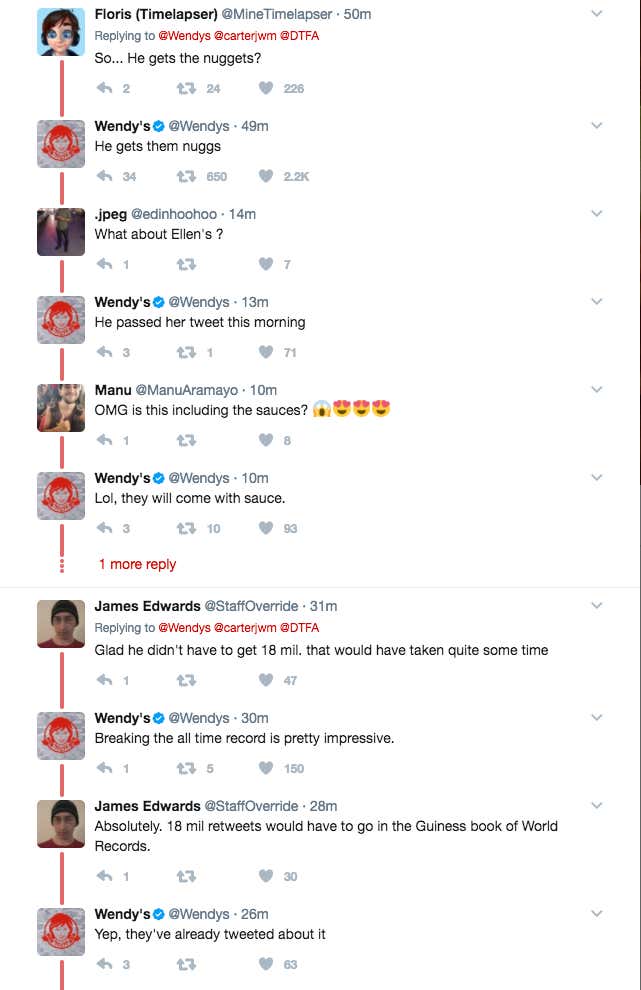 For those that don’t know the Wendy’s kid, we had a Point-Counterpoint argument on Barstool when the tweet first went viral.

Now usually I would hate somebody getting a prize for falling short of their goal. You didn’t finish the job and hearing the idiots on the internet screaming “Participation trophy” until their throats bleed will be annoying. But I love this story for a few reasons.

Fuck that Hollywood elitist bullshit and it all being an ad by the Samsung Galaxy. Yeah this nuggets stuff involved Wendy’s, but it started as a joke. That selfie shit was weak from the jump.

Oh yeah and fuck Meryl Streep too. Anytime she can get wiped from the history books, I chalk it up as a W.

2. Winning free food is the dream in life. No such thing as a free lunch you say? Well as long as Carter eats at least one meal solely containing nuggets between the hours of 12-2, that phrase can be wiped from the history books along with Ellen’s stupid ass selfie.

3. 18 million retweets would have taken fucking *Squints Palledorous voice* FOR.EV.ER. Could it have been done? Probably. Would it have been done before World War III breaks out and we are all nuclear dust? Probably Not. Twitter only has about 319 million users. And I would blindly say there are about 100 million dickless Twitter eggs out there. Leaving us with only a little over 200 million potential users to retweet Carter to glory. Add in how many people check their Twitter, speak English, etc. and it was going to be a battle. If you make the Guinness Book of World Records, you earned those nuggets (or actually the millions of people that retweeted earned you those nuggets) fair and square.

4. Carter looks SIGNIFICANTLY less goofy in the Wendy’s tweet than he did in his initial tweet. Can’t be giving some goofy nerd free nuggets. 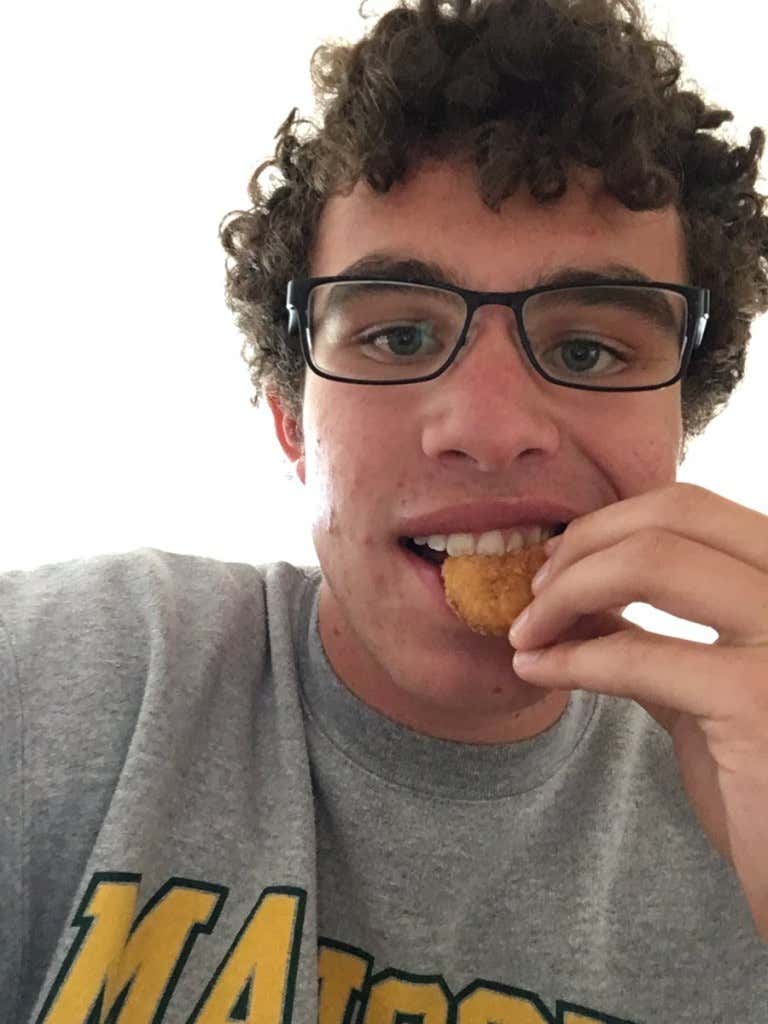 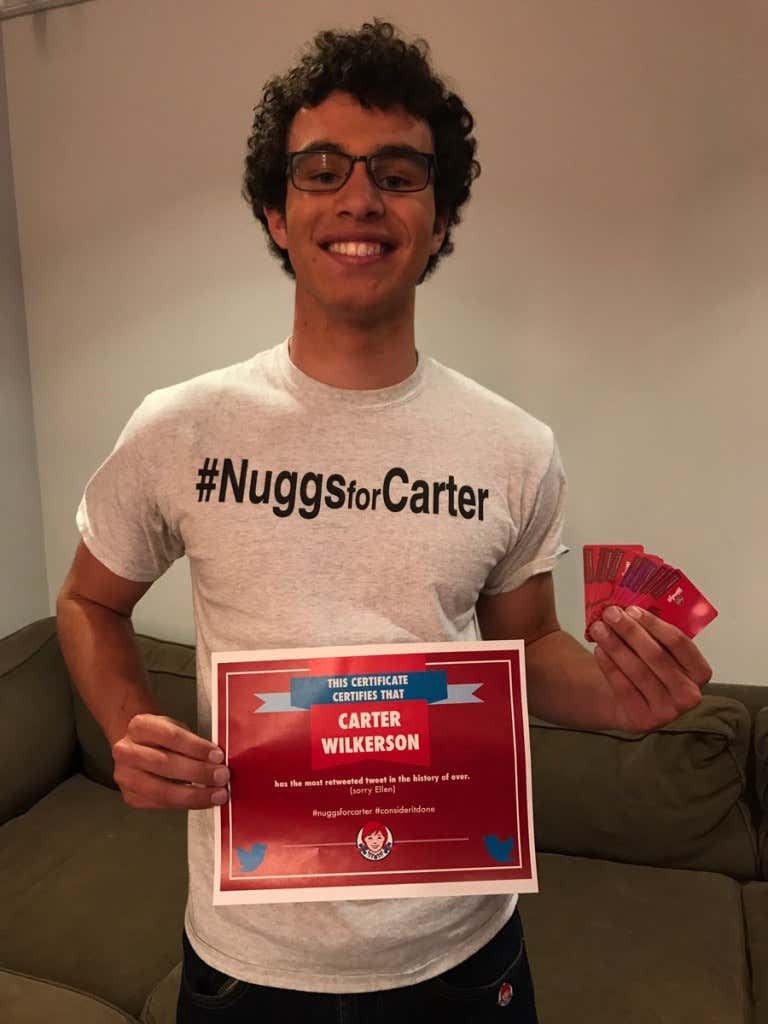 Time to make those gains, Carter!

5. Wendy has been my chick forever. She is a good part of the reason I am a member of #BigGuyTwitter instead of any other size Twitter. And not only that, but now she murders people for fun in 140 characters or less. If she says the most retweeted tweet ever is enough for free nuggets, then it’s cool with me. Especially if she is donating $100K to her foundation. Wendy loves da kids!

And if you have a problem with this, go hit up @Wendys on Twitter. She will put you in a proverbial meat grinder and make a nice, fresh, never frozen square patty out of your Twitter handle.