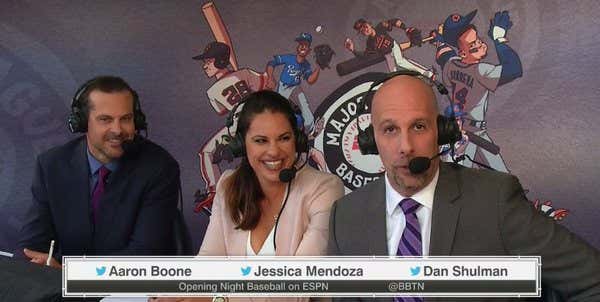 Watching the ESPN Sunday Night Game between the New York Yankees and Chicago Cubs, it has become apparent that Amnesty International may need to be called due to the torture it is to listen to these announcers and watch the game’s presentation. Dan Schulman, Aaron Boone and Jessica Mendoza just drone on and on and on about absolutely nothing. The K Zone is a constant distraction and speaking of distractions it seems like the camera is focused everywhere but the field. The ESPN Sunday Night crew has done the impossible it makes me wish to hear Joe Buck and Tim McCarver do a game. While it is true, that baseball is a leisurely game and even the best announcers talk about thing other than the action on the field, when they do it has a point and it is fun. The Sunday Night crew on ESPN just never stop talking about anything and everything else and it is never interesting. Making matters worse we have the camera in the booth every inning and we are missing plays. Outs are recorded and nobody notices, seriously are they here to talk or call in a game. Need to do both. 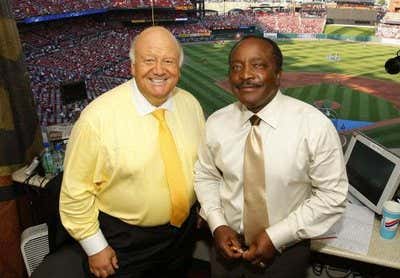 When ESPN first got base and for the first 20 years they had Jon Miller and Joe Morgan. Miller was at times too much shtick, and Morgan at times could get annoying but you had two people who were excited to call a baseball game. When Miller focused, and called the game he was a terrific play-by-play announcer, who has been awarded the Ford C. Frick award, and Morgan a Hall of Famer had great insights on playing the game especially turning the double play and hitting.

However, what you have now is a total mess, Schulman can’t carry a game, his play-by-play is mediocre at best. Aaron Boone is vanilla and Jessica Mendoza is just plain annoying. It’s bad enough when you team is playing on Sunday Night and you miss Gary Cohen, Ron Darling and Keith Hernandez, but when another team is playing the game is just unwatchable. If ESPN wants to know why their ratings are down they need to examine their choices in the booth.

One network that seems to have figured out how to make a is TBS. Once the NBA Playoffs end and in the postseason the terrific Ernie Johnson Jr is on play-by-play with Brian Anderson as a backup. Turner also employees a terrific group of analysts including Ron Darling, who may be one of the best in the game. Darling is not afraid to criticizing and very insightful on pitching and pitching strategy. They are joined by Hall of Famers Cal Ripken Jr. or Dennis Eckersley, both of whom give compelling and interesting analysis and insights into the game.

Fox of course still has Joe Buck, who is just terrible, but John Smoltz at least helps with good insights, though I could do without Tom Verducci who is a much better writer than game analyst.

This makes all long for the old days. When I was growing up nobody was better than the old NBC Game of the Week crews; Vin Scully who without doubt is the best play-by-play man in the history of baseball and Joe Garagiola were a perfect pairing. Both announcers are received the Ford C. Frick Award placing them in the announcers’ wing of the Hall of Fame in Cooperstown. They also had the pairing of Bob Costas who was rising into one of the big star announcers along with Tony Kubec, who won the Ford C. Frick Award. When either of these two pairs called a game, you felt the gravity of it being a national game.

I was too young for Curt Gowdy, but I love listening to the old games of him on NBC, and what I find interesting is for years Gowdy was paired with an announcer from one of the teams playing even in the World Series. Watch the 1969 World Series and you see its Gowdy and Lindsey Nelson. Here’s my idea. Find a good National Announcer and pair him with an announcer from both teams on national exclusive telecasts. This way you get the company man, and you get deep insights from both teams that will make watching these games feel like something and give you reason to want to watch and learn more about the teams that are playing.

Frank Fleming is the creator of sportsecyclopedia.com