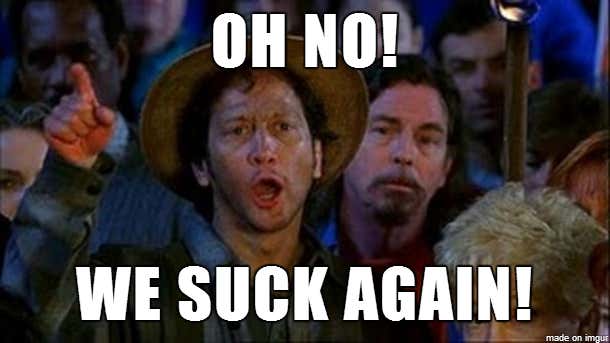 Yiiiiiiiiiiiiiiiiiiiiiiiiikes. That was an absolute beatdown and perhaps some of the worst basketball we’ve seen the Celtics play all year. Nothing like going from being tied to not scoring for half a quarter and allowing a 22-0 run and then doubling down by continuing to turn the ball over at an alarming rate. Every single thing we hoped the Celtics wouldn’t do to start this game they did. Every. Single. Thing. Credit the Wizards, they needed to come out and have a performance like this and they got it. This was basically a repeat of that first matchup in November. The Wizards punched first (literally), and the Celtics never punched back. We thought this was going to be a wild series, and we have one.

So it would appear the Celtics are not going undefeated for the rest of the playoffs. That’s too bad. The good news is, they rarely play this bad two games in a row, can still split, and return home for a close out Game 5. You win 6 straight playoff games you’re going to have a clunker along the way. Maybe getting brought back to Earth isn’t the worst thing for this team. We saw this same sort of thing happen during the year, they usually responded pretty well. Doesn’t even begin to excuse the performance we got tonight, but what can you say. The Celtics got run out of the gym by a team that simply wanted it more. Take the medicine and turn the page to Game 4.

Full blog tomorrow, something tells me it will be a little less fun. 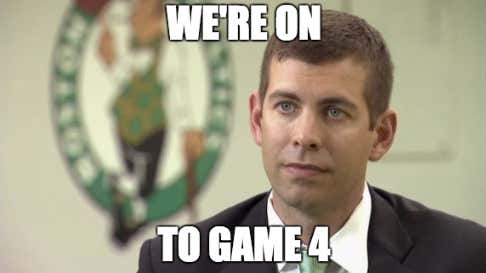