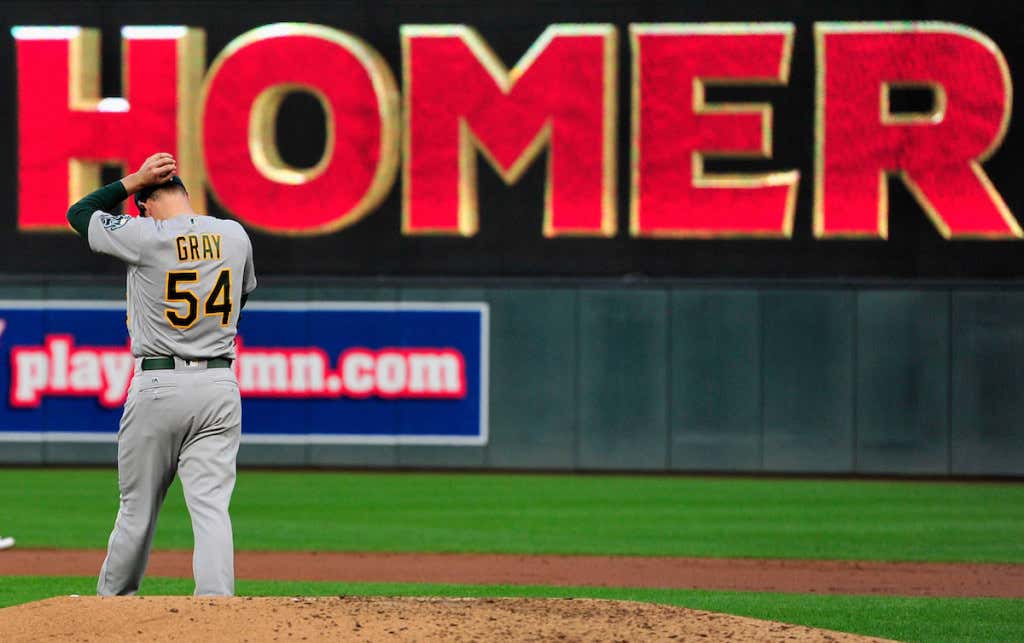 The Minnesota Twins have finished under .500 in five of their last six seasons, including a 103-loss season last year, but they’re off to a surprisingly decent start here in 2017. Coming into today, the Twins are in a three-way tie for second place in the AL Central with the Tigers and Indians, while the White Sox hold a half-game lead on all three teams. Basically, it’s a big clusterfuck atop the division right now, which I don’t think anyone actually expects to continue. At least, not to this extent.

If the White Sox are leading your division — you know, the team that had a mini fire sale over the offseason — then it’s probably too soon to be looking at who is where in the standings. That being said, the Twins deserve some credit for how well they’ve played to this point. Sure, they’re in a three-way tie for second place in the division, but they’re alone in second place for the best run differential in the AL Central.

One of the biggest reasons for why their run differential has been so great is because Ervin Santana has been so great. Santana’s lone All Star nod came a solid nine years ago, but here he is on May 3, 2017 with a perfect 5-0 record, while leading the MLB in ERA (0.66), WHIP (0.71), and hits per nine innings (3.5). Santana blanked the A’s over six innings of work, striking out seven and allowed just three hits. Over his six starts, he’s yet to allow more than one earned run in an outing, and his season high in hits allowed is four. That’s pretty damn impressive.

The six bombs the Twins hit last night in support of Santana were a team record, two of which came off the bat of Brian Dozier, and another by Miguel Sano, who leads the team in homers (8). On June 24 last year, Dozier had 8 home runs through his first 68 games. He went on to hit 34 home runs over his last 87 games, finishing the season with 42. Kind of weird to see a guy who hit 42 bombs last year leading off, but whatever works. Good to see Joe Mauer get on the board with his first homer of the year last night, too.

Quick note here on the A’s side of things — not the greatest season debut for Sonny Gray last night. After having his season shortened last year by a strained right forearm, a season in which he posted a 5.69 ERA in 22 starts, Gray started the 2017 season on the disabled list with a strained lat muscle, and made his debut last night, allowing three of those six home runs. Luckily for him, two of them were solo shots. It’d be a shame if we’re in store for another season like 2016 for Gray. Guy’s really fun to watch when he’s on.