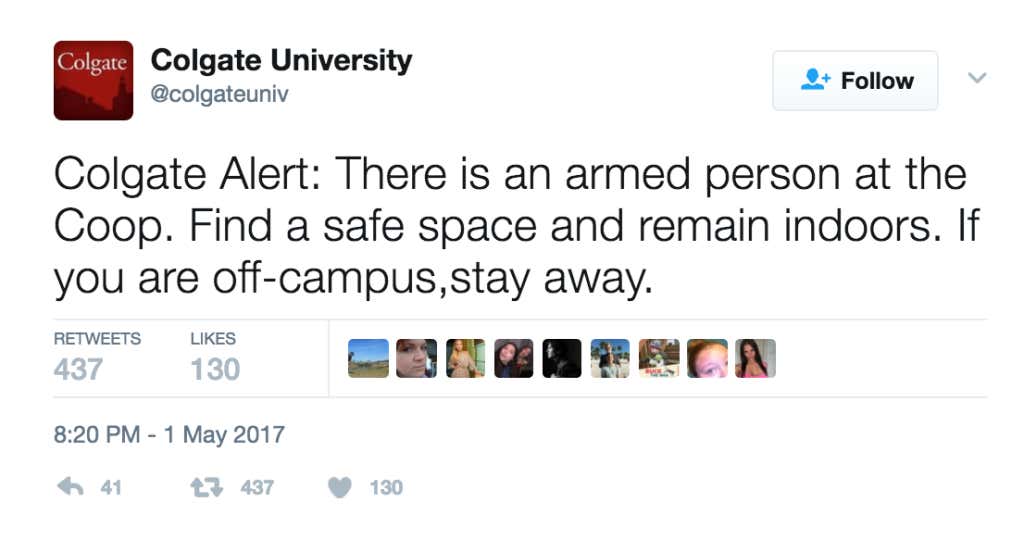 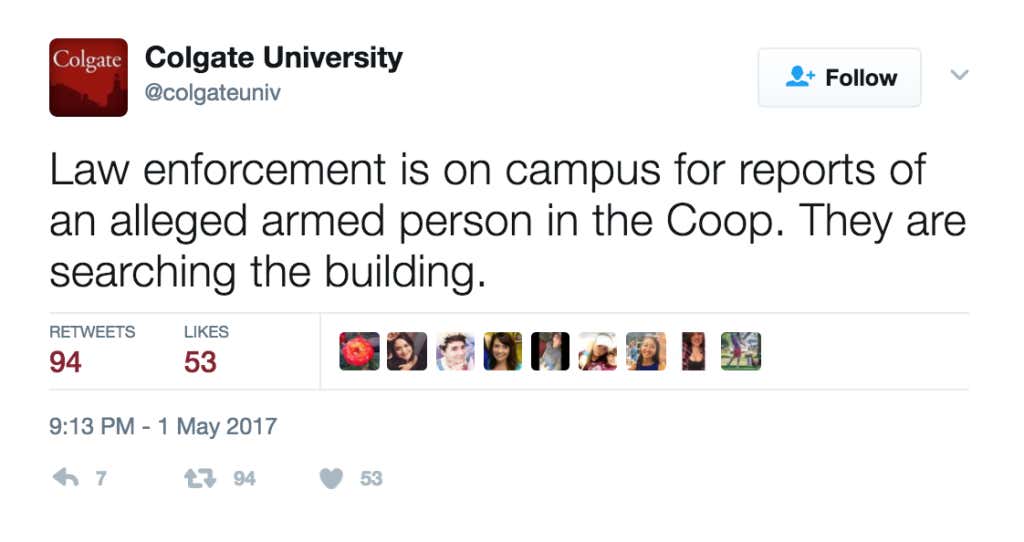 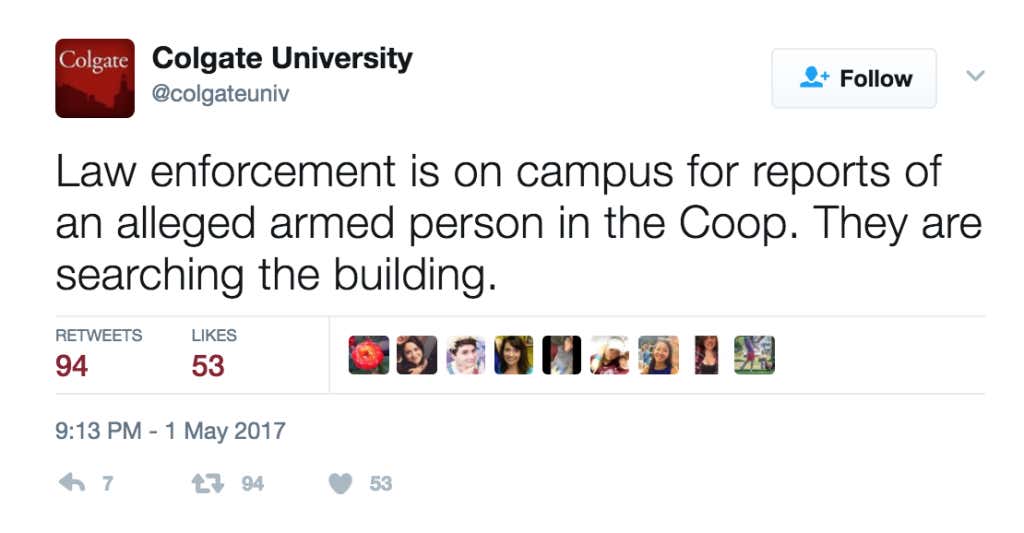 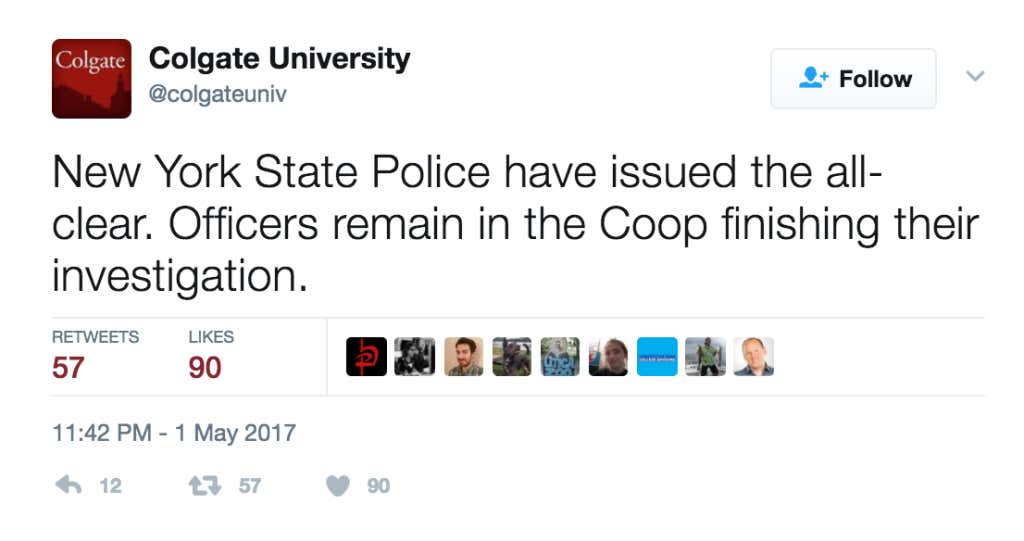 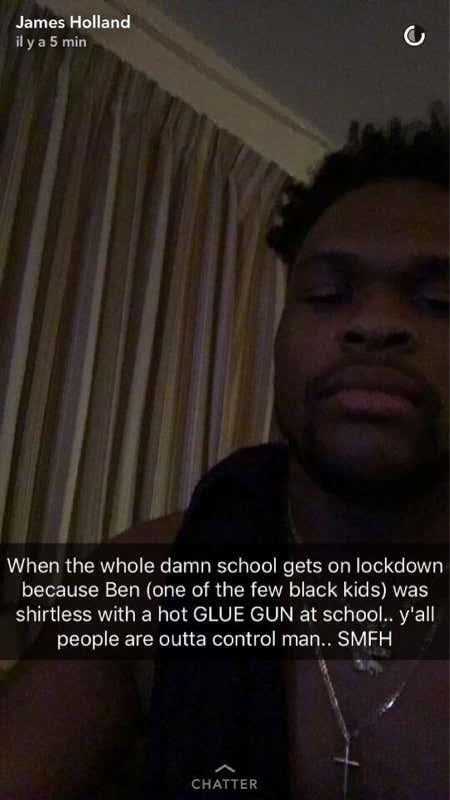 Witnesses reported that someone carrying what they believed to be a weapon entered the O’Connor Campus Center, known as the Coop, at approximately 8 p.m., according to a university press release. So campus safety started a lockdown, the release said.

“After thorough investigation, and with the assistance of the person in question, law enforcement identified the individual as a student who was using a glue gun for an art project, confirmed the misunderstanding, and released the campus from lockdown,” the release said.

A statement on the university’s website from Interim Dean Mark Thompson announced that students could gather at the chapel at 12:30 a.m. to be together after the “upsetting” evening. It also said that Colgate President Brian Casey has asked for a full report on events and details will be available as soon as possible on Tuesday.

An earlier post to Colgate’s website at 9:24 p.m. had confirmed that law enforcement was searching the Coop, which is located at the top of the hill on which Colgate is built. That post urged those on campus to shelter in place and those off campus to stay away.

A university tweet sometime before 8 p.m. had read, “Alert: There is an armed person at the Coop. Find a safe space and remain indoors. If you are off-campus, stay away.”

And here we go again. How many more times do we need to see Hot Glue Gun incidents end in tragedy before we take a stand? When are lawmakers going to stand up against the Hot Glue Gun lobby and say enough is enough? I don’t care how much money they have or how much political sway is in their back pockets, these are our children we’re talking about. There is no reason to own a Hot Glue Gun in this day and age. I support the glue gun amendment as much as anyone and realize glueing and gunning is part of our national heritage but it has gone too far. Back when the the Founding Fathers were heating adhesive substances over candle flames I doubt they intended for their words to be applied to modern day Hot Glue Guns. These things are pure technology, lethal art project machines.

Anyway I spent some time going through Google Images of “hot glue guns” looking for some that could possibly, even remotely be mistaken for an actual real gun. The results weren’t promising. 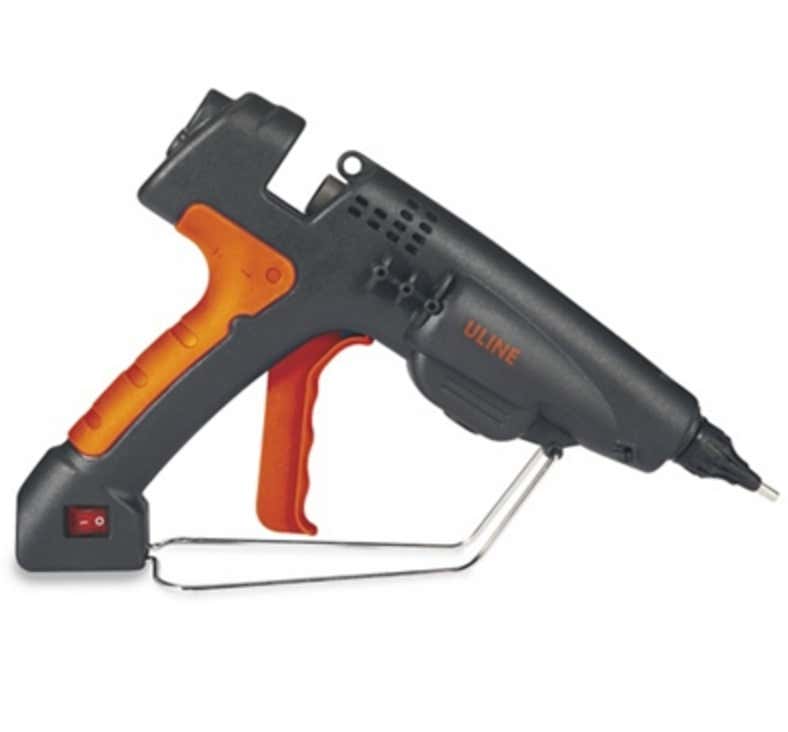 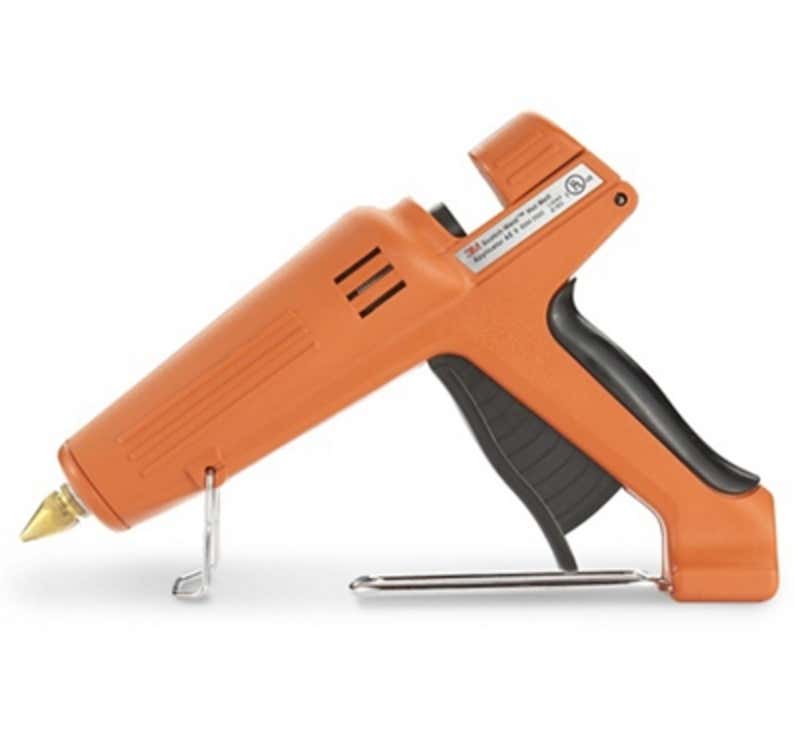 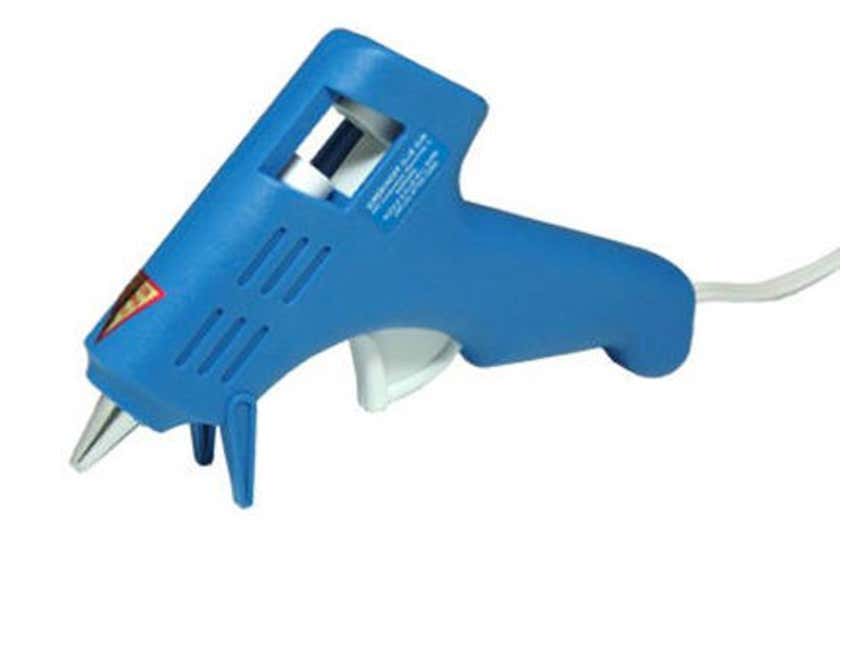 If I was a Colgate student who got locked in the damn library or holed up somewhere I didn’t want to be for hours because of some dumbass dipshit thinking a glue gun was a firearm I would not be very happy. And I’d be especially unhappy if I was the black dude accused of being an active shooter for building his fucking diorama for Art 201.