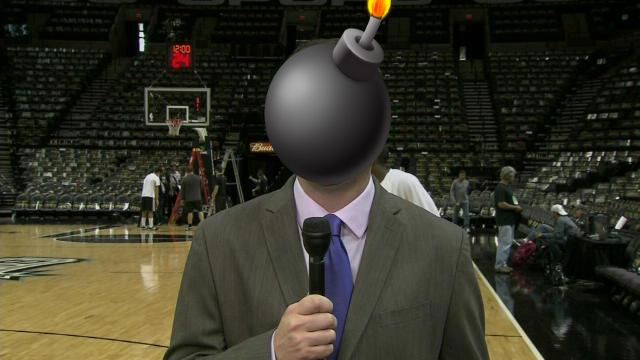 Recode- Last week, ESPN cut some of its reporters and on-air personnel. But the sports programmer is also hiring: It has finalized a deal to hire Adrian Wojnarowski, Yahoo’s star NBA reporter. Sources familiar with ESPN’s plan say Wojnarowski will begin working for ESPN in time to cover the June 22 NBA draft. I’m told the network also intends to bring aboard some of the staff of The Vertical, the NBA site Wojnarowski launched for Yahoo 2016. An ESPN rep declined to comment; I’ve asked Wojnarowski for comment but haven’t heard back.

Wojnarowski is the highest-profile reporter covering pro basketball and is a one-man scoop machine, best known for tracking player trades and signings; he is famed for dispensing his scoops in real time on Twitter. Bringing him aboard means ESPN is hiring its most prominent and fierce competitor. Wojnarowski’s hire is also happening at the same time that ESPN is letting some of its other basketball talent go. Last week, longtime ESPN NBA reporters Marc Stein and Chad Ford said they were part of the company’s mass layoffs.

Actually can it be a Woj Bomb if we all knew this was probably happening for weeks and Woj himself didn’t announce it? What the fuck is Recode? They have a ton of followers and are verified, but could this be fake news? Whatever, if everyone on Twitter believes it then it must be true!

Anyway, this is proof that while ESPN is still losing subscribers at a wild rate, they are still the big swinging dicks on the sports block. Yeah they had massive layoffs which included Marc Stein and Chad Ford. But Woj is the best there is right now. He’s the only guy I set my Twitter notifications for during the NBA offseason or trade deadline because you never know when a bomb is about to drop. Yeah it looks like ESPN was clearing space to pay Woj. But that’s just how business works. Whether it’s a team getting rid of players to bring in a star (like the Warriors) or a network getting rid of writers to bring in a star. No matter how much they’ve fallen in peoples’ eyes or how much Bristol sucks as a place to live, ESPN still has that Disney money behind them and a shitload of ways to get your content out. And yes, this is yet another L for Yahoo.

Now hopefully he stops spoiling every pick for his new employer. If ESPN opened the vault just to save their draft coverage, I wouldn’t even blame them. Dude was vicious.