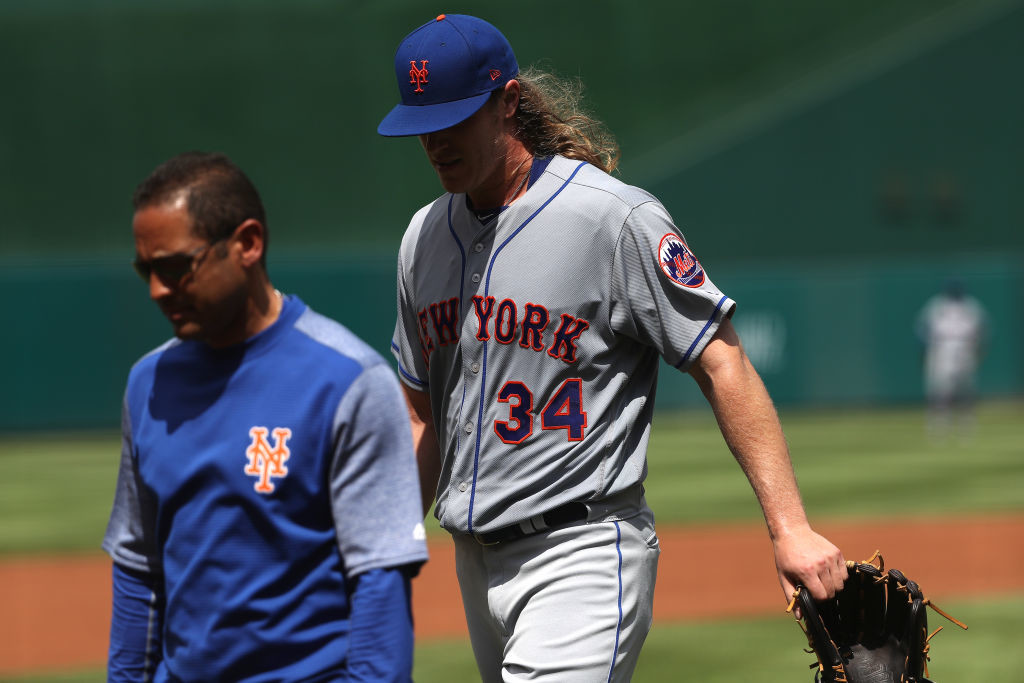 ESPN- New York Mets pitcher Noah Syndergaard left his start against the Washington Nationals in the bottom of the second inning Sunday, grabbing his right side after throwing a pitch to Bryce Harper. Syndergaard was scratched from a start Thursday with biceps and shoulder discomfort. He had been scheduled for an MRI on Friday but declined to have one after throwing a bullpen session.

“I think I know my body best,” Syndergaard told reporters. “I’m pretty in tune with my body, and that’s exactly why I refused to take the MRI.” On Saturday, Mets general manager said it was unusual for a player to refuse an MRI, but the team couldn’t force him to undergo the exam.

First of all that picture is the scariest picture I have ever seen in my life. Dr. Death taking Noah into his laboratory of pain is the stuff nightmares are made of. It’s almost like watching the Angel of Death kill Uncle Charles in Da Crossroads video. Guy catches more bodies than Chris and Snoop in The Wire.

Anyway, this entire Thor-MRI saga is the epitome of life as a Mets fan. Noah says he’s fine, the Mets say they want an MRI, Noah pitches despite some red flags and now he’s hurt. And you know what? I can’t blame Noah for refusing that MRI. Was it stupid and shortsighted? Of course. But think of how many times Ray Ramirez and the Mets training staff has fucked up the handling of an injury. And that’s just the stuff us fans know about. I’ve said it a billion times, but when the fans know the name of a trainer, it is likely for a very bad reason. When they boo the everliving shit out of him every Opening Day, it is DEFINITELY for a very very veryyyy bad reason. Even fans of other teams know the name of Dr. DL just because of how many times he has fucked up a diagnosis. Remember when K-Rod showed up to camp with pink eyes and they refused to say it was pink eye. Then after 48 hours the Mets came out and said it was pink eye. The New York Mets training staff WAS NOT ABLE TO DIAGNOSE PINK EYE!!! If Mets fans don’t trust the Mets medical staff, how do you think the players with their livelihoods feel about them? Just read Frankie Midnight’s breakdown of Ray Ramirez and think how you would feel if your financial wellbeing was in his hands. This was Yo the day before he pulled up lame heading to 2nd, resulting in him landing on the DL.

Now it sounds like it may be a lat issue for Thor. After all this, he is going to New York to get an MRI.

Yeah Noah was throwing fucking gas as he was getting tattooed by the Nats, which alleviated some of the fear about his shoulder. But there is also a chance he could have been overcompensating and threw his body out of wack. Regardless, he is still going in that tube except this time with a new injury and after getting smoked by the Mets division rival. Gotta sit back and hope for the best. And even if the best happens, you have your guard up for the Mets rushing back a guy who isn’t healthy yet. God I fucking HATE Ray Ramirez and whatever Isiah Thomas-esque spell he has on the Wilpons.

At this point, I don’t even want Ray Ramirez fired. I want his head on a spike next to the Wilpons. There is no way you should have a player deciding whether or not he gets an MRI. Especially one as young, talented, and important as Noah. You tell him he’s not taking the mound without taking the MRI. That simple. This all truly starts at the top. From the lack of building a legit offense around these incredible yet dirt cheap arms, to Ray keeping his job for years despite butchering players to every P.R. misstep by Jay Horwitz that the team laughs off because Jay is a nice guy. If I owned the Mets, I would fire Ray Ramirez yesterday, hire the Phoenix Suns medical staff, and watch miracles happen. Instead the Wilpons own the Mets and Ray Ramirez will continue to handle players with the soft touch of an executioner’s blade until there are no more super talented power arms to murder. Ray’s destruction of these Mets pitchers will be his masterpiece.

Then again, the R.A.Y. system is pretty catchy and “dead on balls accurate” (it’s an industry term). 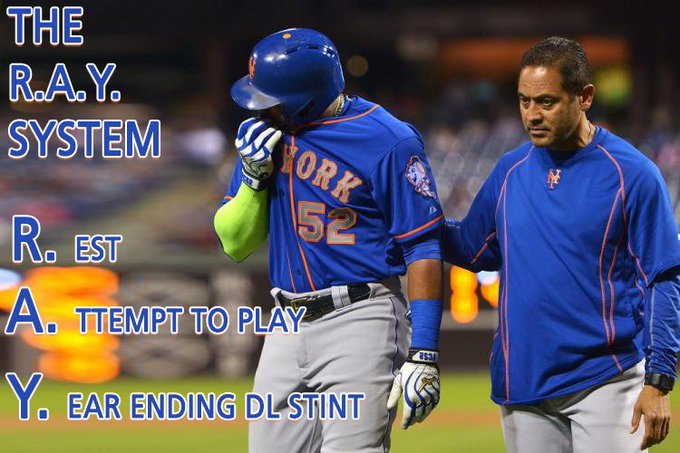 Also shout out to Sandy for finally admitting there may be a problem with the training staff. Oh yeah and the Mets need to drink water more.

For the record, I bet Matt Harvey’s piss looks like chocolate pudding when its not his turn in the rotation.

At least nature turned my frown upside down for a hot minute with some red hot ant sex.

If the Wilpons aren’t going to save us from Ray Ramirez, there is only one person that can. 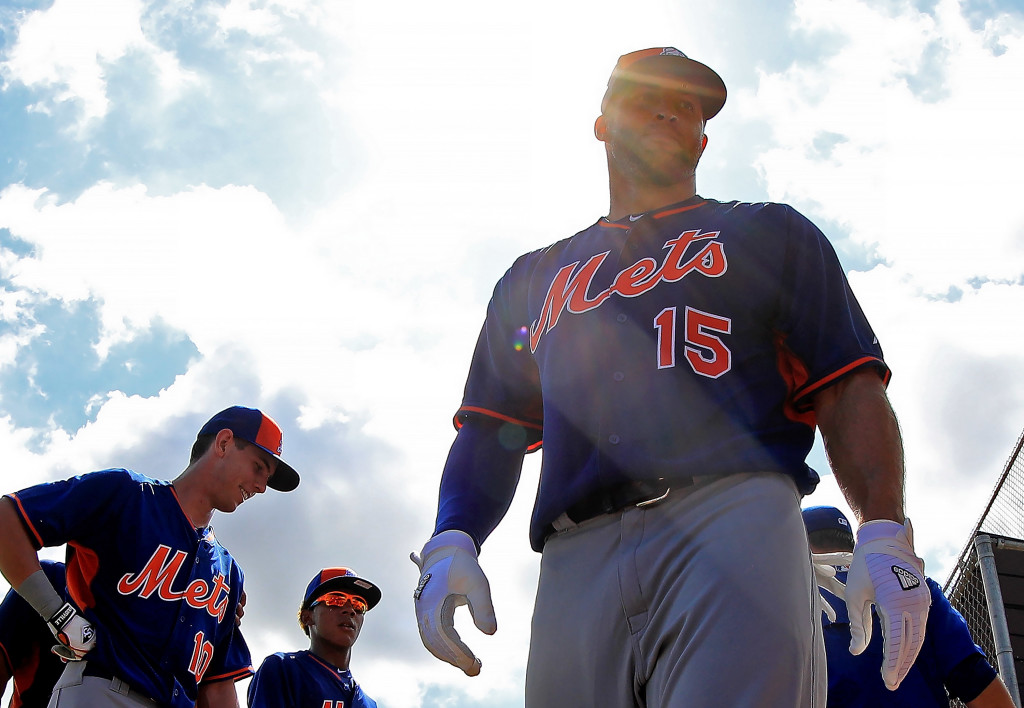 *Harps begin to play as angels fly by*