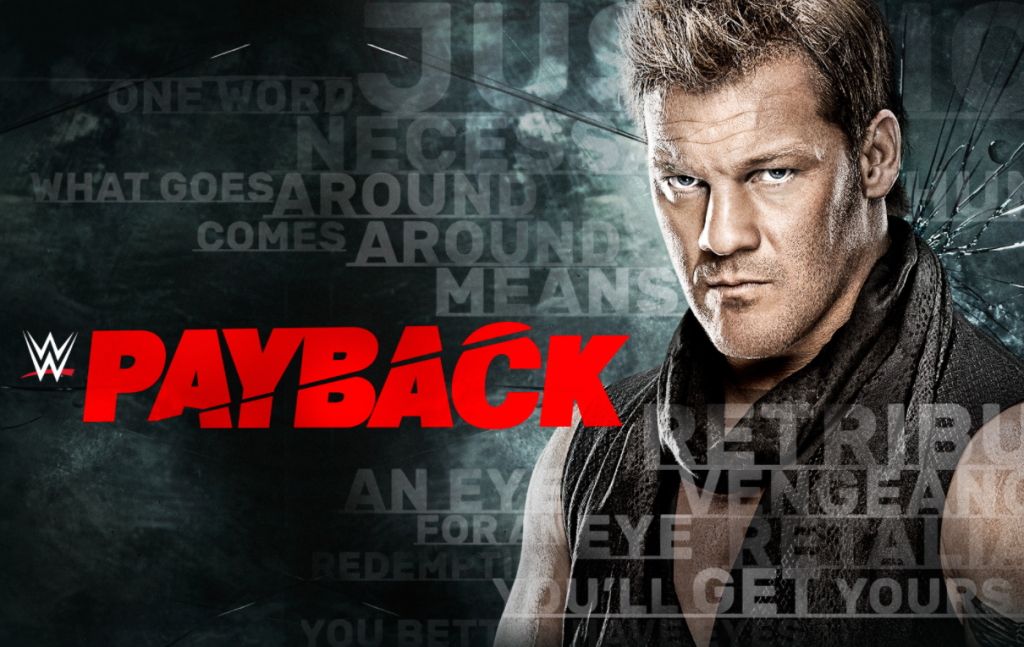 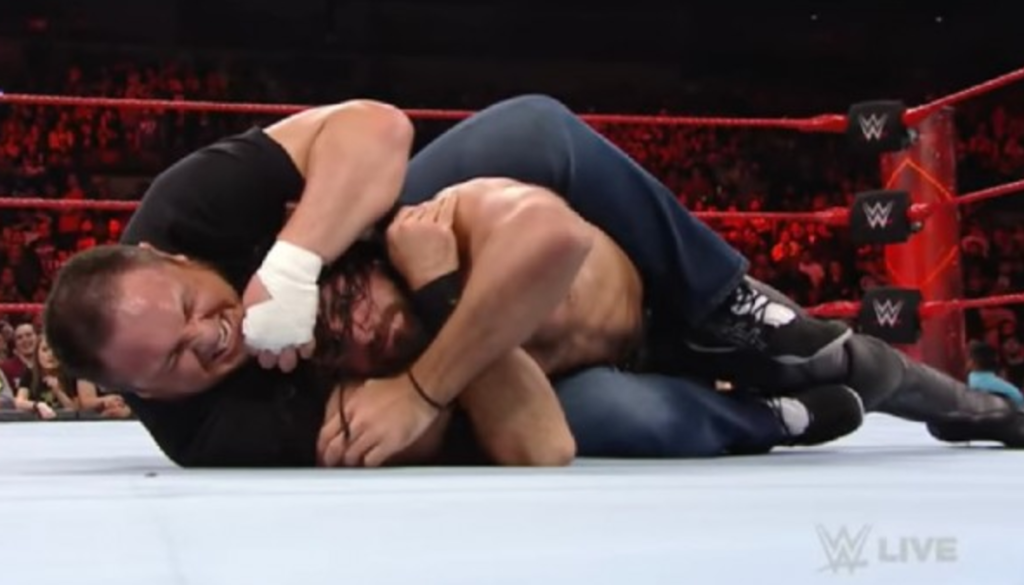 I’ve talked about this match pretty extensively in my RAW recaps every week and how I think it’s very unfortunate booking for both guys. I don’t think Seth is wildly overrated as a wrestler, and I think Samoa Joe has the potential to be very good like we’ve seen in the past, but hasn’t fully shown that recently. Placing those two talents in a match together where neither character should lose is troublesome, so I’m hoping this ends in shenanigans.

Winner: Someone by DQ or count out or something 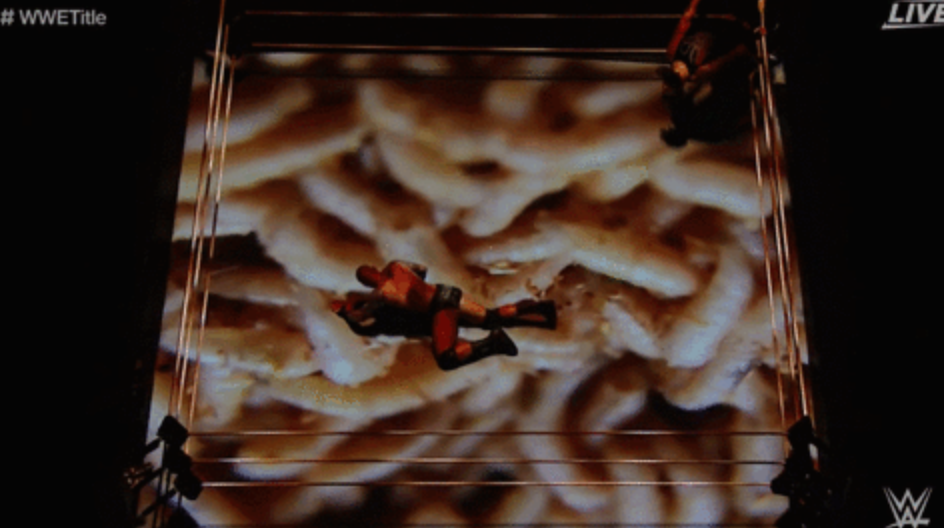 I’m definitely the most excited for this match. I think it has real big “so bad it’s good” potential, which is what I live for. WCW Nitro from 2000-2001 is some of my favorite wrestling television ever produced. Because of that, I need the House of Horrors match to go way over the top with bullshit. Maybe literal bull shit? More bugs, definitely, those were hilarious at WrestleMania. Rats, no doubt. Need rats all over the ring. What if it wasn’t even in the ring? Like they just show a pre recorded match they filmed at a Haunted House? That’s probably the best case scenario. I hope it was filmed during Freight Fest at Six Flags Great Adventure.

Bayley (c) vs Alexa Bliss for the RAW Women’s Championship 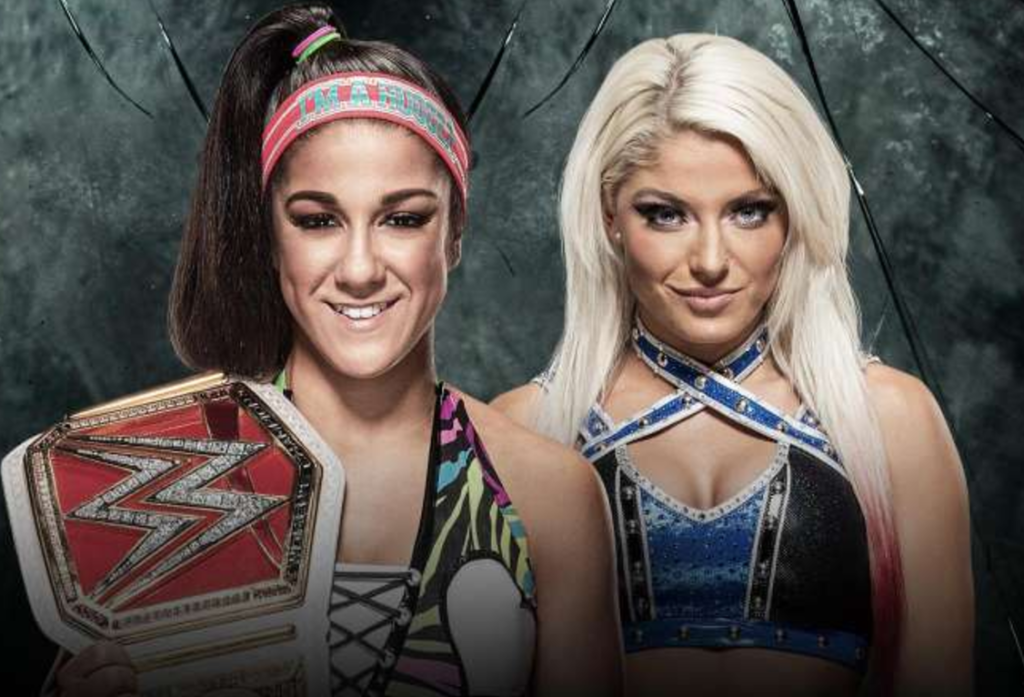 Maybe this will main event? It should if Alexa is going over in Bayley’s home town, becoming the first woman to hold both the RAW and SmackDown Women’s Titles. That’s the biggest “moment” Payback has to offer. I think Alexa’s a superstar already, but if anyone hasn’t accepted that, they’d have to after tonight.

IF these girls do main event, however, the WWE has done a really bad job at promoting it. Hell in a Cell, main evented by Charlotte vs Sasha Banks, that should have been promoted as one of the biggest history making events in WWE history. But instead, it wasn’t even promoted. We didn’t know until the day of the show that it’d main event.

This match has MOTN written all over it though, both women are fantastic in the ring regardless of what you may think about Bayley’s promo skills. Crowd should be bonkers for Bayley, allowing Bliss to really shine in her arrogant heel role.

Enzo and Cass vs The Club 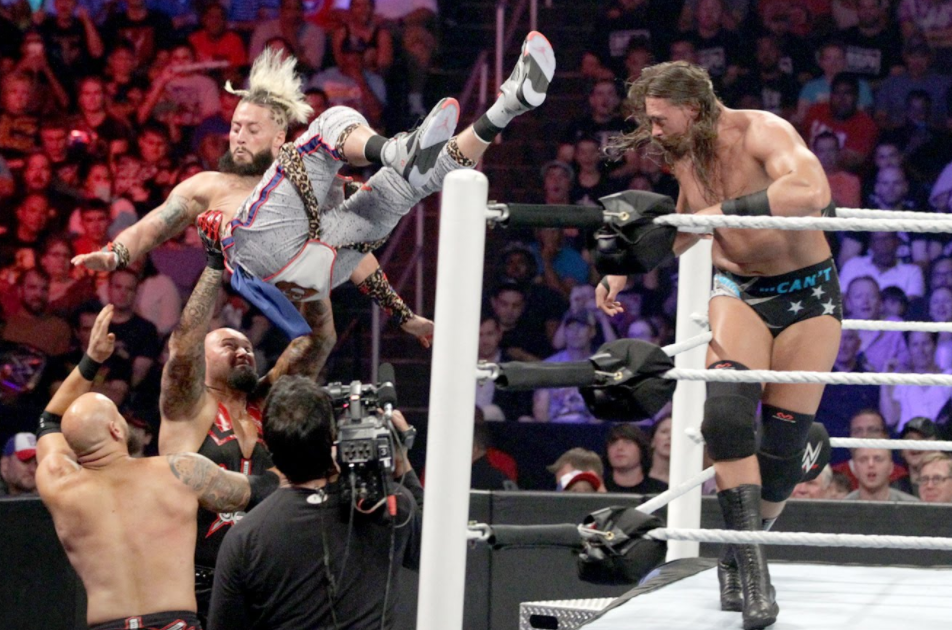 If history repeats itself, Enzo will take the heat from The Club for the first 75% of this match, attempting to tag Big Cass in. He’ll eventually make the hot tag, and for the next 20% of the match, Cass will go on his fucking awesome babyface fire run. In the final 5% (if that math was right, I dropped out of college so I don’t know), Cass will tag Enzo in and he’ll get hit with the Magic Killer. Here’s to hoping history doesn’t repeat itself, and Enzo and Cass mean business. I’d fucking LOVE it if they came out and dismantled The Club in under 10 minutes. It wouldn’t hurt The Club too much if it was sold as “Fuck, we really underestimated those guys and didn’t take them seriously.”

C’mon WWE! Give Enzo and Cass a win here! 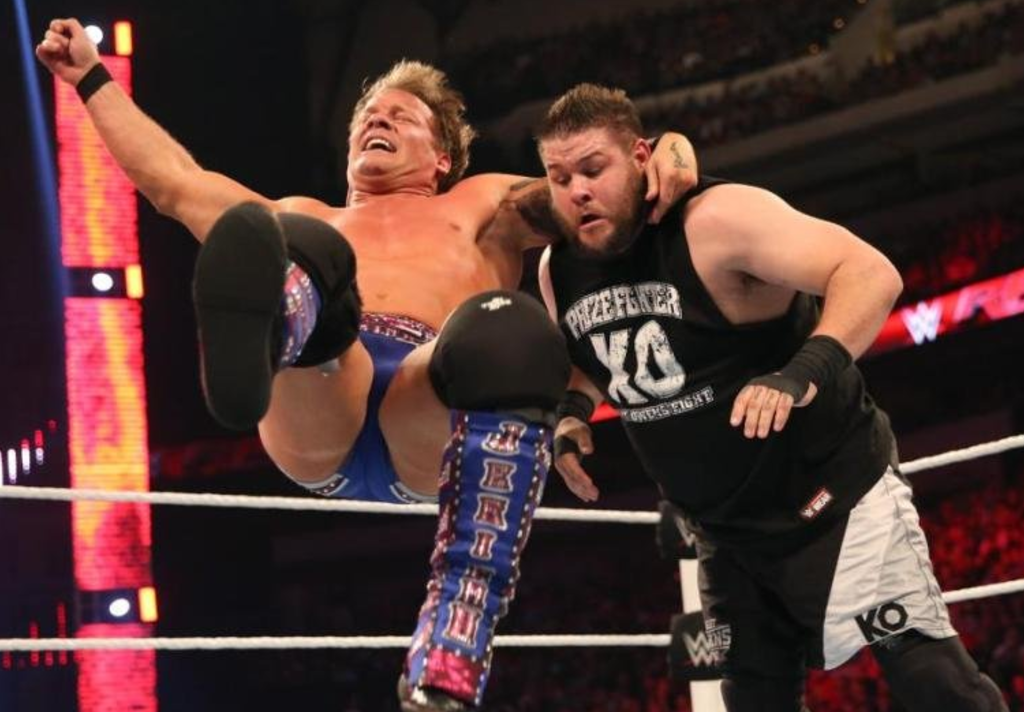 Only gripe with the United States Championship match is that there hasn’t been any build at all due to the competitors being on separate brands, but maybe that’s a good thing. I thought the WrestleMania feud was pretty much flawless and it’s cool that it was left as is. Now, the narrative is more about who’s going to face AJ Styles for the title on SmackDown. It’s pretty clear that KO is going over, but that doesn’t mean the match will be any less awesome. 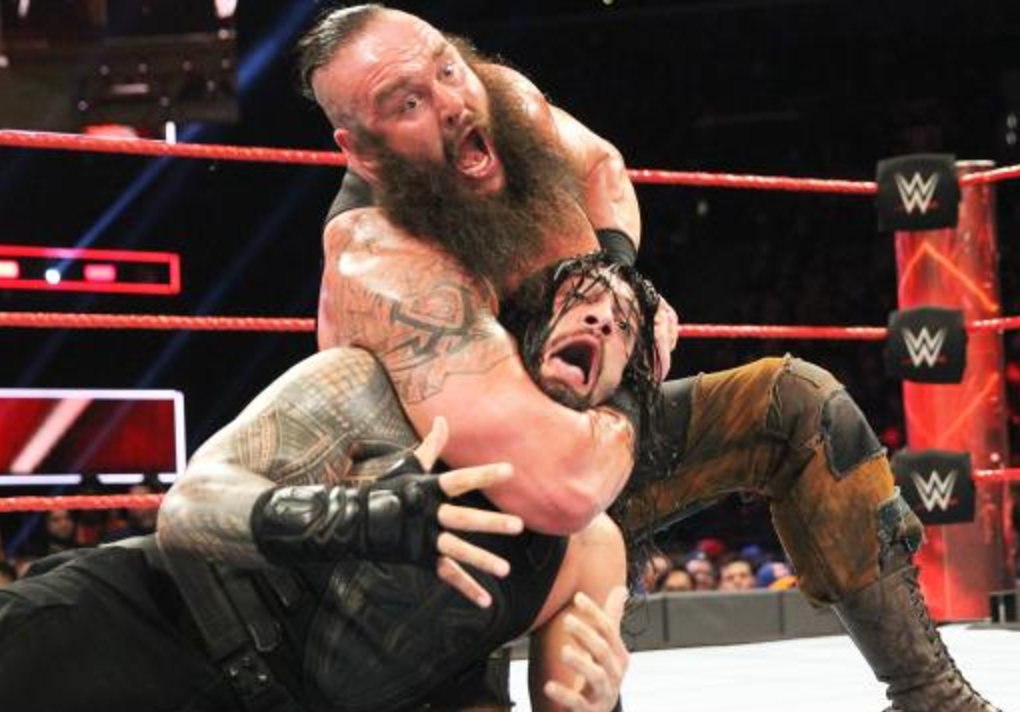 Another strong contender for the main event of this pay per view, and another match where neither man should lose. Roman Reigns just retired The Undertaker at WrestleMania. That right there tells me he shouldn’t lose a match clean for a really long time. Braun Strowman was built fantastically as a fucking monster, and then he lost to Roman Reigns clean before WrestleMania. He’s now in the rehabbing process, and putting a stop to that would be preposterous. Especially at a PPV that doesn’t matter like this one. Save a Braun loss for Summerslam or WrestleMania.

Neville (c) vs Austin Aries for the Cruiserweight Championship 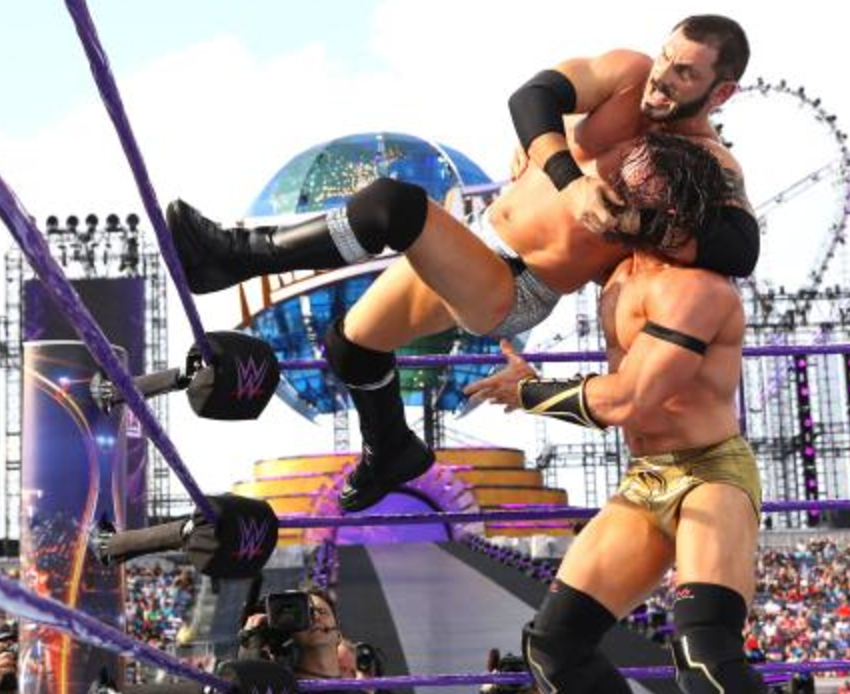 I don’t have much to say about the Cruiserweight match. I think it will be really good. I think people are gonna look back on Neville’s current run in a few years and call it one of the most underrated heel runs in a long time. 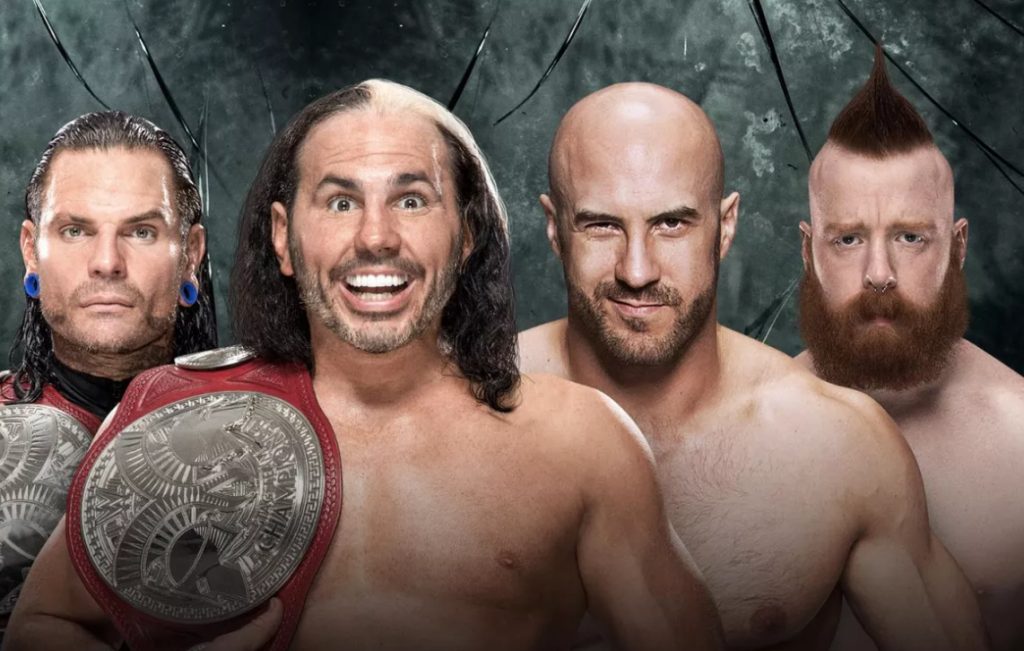 Something about this whole match is fishy to me. Could we finally be getting BROKEN Hardys? Honestly, I don’t think so. But I hope so! I can’t see the Hardy Boyz having a long title run, because I think there’s clearly big plans for each of them as singles wrestlers, so I’m gonna make my bold prediction of the night and say Cesaro and Sheamus are going to beat Matt and Jeff for the straps.

That about does it for Payback. Let’s hope it vastly exceeds my expectations and becomes the PPV of the year, huh? Why not? As always, follow me on Twitter for livetweets.