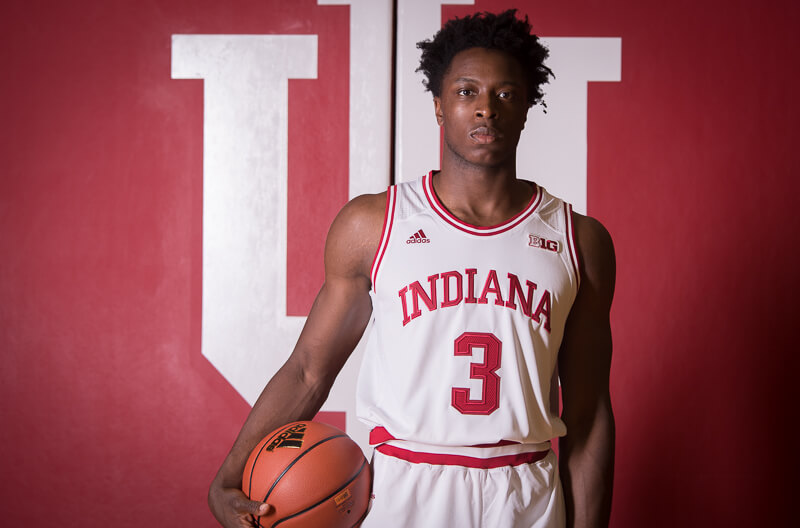 Listen, it’s Barstool SPORTS and based on what happened the last 24 hours it’s getting to the point where we are going to be the go-to source for everything sports related. So why not throw it to the fans here? It’s NFL Draft Day. That’s great and all but I’m not the NFL guy. Heck, I’m not the college football guy. But, seriously, please draft someone good, Giants. But, the NBA Draft just hit its first ‘milestone’ date the other day. It was the deadline to submit your name for the Draft, whether you sign with an agent or not is still a couple weeks away. But, there are 137 names declaring for the NBA Draft and these are answers about some of them.

I get a lot of Monte Morris questions because he’s one of those guys that fall into the category of great college player that won’t be a great NBA player. People tend to struggle with that concept, same with the average college player who breaks out in the NBA. It’s just the way their games are suited for each level. That said, I’m a Monte Morris stan. I thought he was the best point guard in the country last season and I want him to succeed. He’s the prototypical back up point guard that can come in, take care of the ball, get you some buckets but more importantly control that second unit. We see teams struggle with that now – looking at you Oklahoma City. He’s not going to be a first round pick, but he’ll be a top-40 guy. I think he goes right around that No. 40, pending what the Sixers do, at No. 39 he could go there and be a nice fit. He’s going to go to a nice situation if he falls in that 39-44 range when you consider the teams being the Sixers (could have immediate playing time), New Orleans (playing with two All-Stars), Hornets, Jazz and Rockets. But at soon to be 22 years old, with a lack of wingspan, going in that top-40 seems right for him. It’s a real heavy point guard draft and it’s crazy to think he’ll be about the sixth point guard to go.

I would bet that he comes back to West Virginia, but it wouldn’t shock me if he stays in the Draft. It’s something I discussed with Sam Vecenie on his podcast earlier this week as he could come back and raise his stock. He’ll be preseason All-Big 12 and a potential All-American, which would help him out. He grades out exceedingly well on defensive categories and is a decent enough ball handler to be in the NBA. The question is how do NBA teams value his playing style at West Virginia similar to how NFL teams look at run-and-gun quarterbacks. If you’re asking me for odds, I’d say it’s 80/20 he returns. He could be one of the guys who really benefits from learning what he needs to work on and be a late 1st rounder next year.

Ryan is asking this in terms of OG Anunoby, who suffered that gruesome ACL injury at Penn State earlier in the year. He will fall compared to where he would have been taken 100% healthy. His game is reliant on his athleticism and defense, something which is now a question due to the injury. Not to cop out, but it will 100% depend on what the team/NBA doctors say about his progress. He should be able to play next year and be healthy in time for training camp and the such, so in terms of teams that would take a risk on him, it’s whoever needs defensive help. You’re not drafting him for offense. A team like the Blazers at 15 could make a lot of sense for him or the Bucks at 17 since they love length with their wings.

I think Terrence Ferguson is somewhat flying under the radar when you talk about top prospects in this draft. The main reason obviously is the fact that he played in Australia and wasn’t dominant over there. Why would a team take him in the lottery? He’s incredibly young as he’s still 18 right now and is made to be a 3-and-D type player. He was top-10 in the NBL (Australian pro league) in spot up points, so he’s an excellent shooter. Throw in the fact he pulls off some incredible dunks (seriously google Terrence Ferguson dunk) and is just an insane athlete. He’s a guy that can step in and play right away as that 3-and-D type player. Honestly, I don’t know why he wouldn’t be a lottery pick besides team needs. There will be a string of bigs taken in a row towards the back end of the lottery with guys like Jarrett Allen, John Collins, Zach Collins, Ike Anigbogu and Justin Patton. But, I would take Ferguson over OG and Justin Jackson on the wing.

Yes, they absolutely can screw things up. It’s the Knicks and as a Knicks fan you just expect the worst. There is a chance that Fox or Monk could still fall to them at No. 7 if Lauri/Isaac/Dennis Smith jump where they are expected to go. I think Lauri is a great player, but would be a terrible fit on the Knicks, so picking him wouldn’t make the most sense. But, for them to really screw it up, they’d have to reach and take like a Jarrett Allen or Justin Jackson here at No. 7. Honestly, it’s tough for them to screw this pick up, but just hope Fox/Monk are alive there and if not, take Dennis Smith.

There’s not a whole lot of mid-majors in this Draft, but the one to keep an eye on is Cam Oliver. He’s a 6’8″ kind of stretch player from Nevada that shot over 38% from three this last year. He’s projected to go late, anywhere from 48-55, but could be one of those guys that breaks out, especially in Summer League. He’s an absolute freak athletically, who will give us a couple of good dunks throughout the year and we saw him vs Deonte Burton in the first round. He’s a strong rim-runner that will get up and down the court and can protect the rim as he averaged over 3 blocks a game per-40 minutes. He’s going to test off the charts athletically, but if he can come in motivated and do well in the conditioning portion, expect him to be one of the names to jump up draft boars fairly high over the next month.