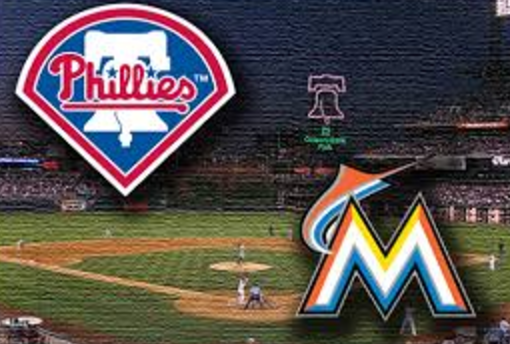 The weather blows tonight, so hopefully, this game is played. Velasquez looked fantastic his last start against the Mets, that was until the 6th inning when he kind of unraveled. We have grown accustomed to starts like that from Vinny. If he can dial down the fastball a tick and mix in more offspeed like he did on Wednesday, perhaps tone down the walks a bit, then he is on the right track to becoming a pitcher. Velasquez had the Marlins number last year holding them to a .210 BA over 3 games.

Chen is coming off a start in Seattle where he was pulled after 7 no-hit innings. Kind of bullshit for Mattingly to do that, but a pitcher exceeding 100 pitcher is looked at as worse than the plague in today’s game.

Chen has been decent against the Phillies in his 4 career starts with a 3.70 ERA. However, of the current roster who has faced Chen, they are hitting .378 off him in 82 at bats.

Pivetta will be making his major league debut on Wednesday in place of an injured Aaron Nola. Pivetta has been nothing short of fantastic so far this season in AAA Lehigh Valley. The name might jump out at you and your assumption is correct. This is the guy Ruben Amaro fleeced from the Nationals for Jonathan Papelbon, who later went on to assault Bryce Harper in that 2015 season.

Scouting report on Pivetta is 93-97 on the fastball with a hard biting curve. He’ll mix in a change and slider, but they are seen to be below average pitches. Now the International League is a really pitcher dominant league, compared to the Pacific League which is known for it’s hitting. So do not be surprised for Pivetta to take his time adjusting to a Major League lineup.

Voloquez has never been known for his command having once walked 105 in 2012 while with the Padres. This season hasn’t been much different being that he has walked 8 in his last 7.2 IP. The Phillies lineup who have seen the 5th most pitches per plate appearance in the MLB, need to make it their gameplan to let Voloquez come to them. He does have solid career numbers against them with a 2.17 ERA in 6 GS.

Hellickson, your major league leader in wins and WHIP, has been brilliant in his 4 starts this season. In 2016, the Marlins could not figure him out. In 6 starts, he had a 2.01 ERA with a 0.84 WHIP. One of those starts was a complete game shutout. This will be Helly’s 3rd start at CBP this year and has a career 2.98 ERA and a 0.94 WHIP over 111 IP. This brings up a very interesting dilemma. If Hellickson continues to perform the way he does over the next month or so, what’s the plan with him?

I’ll continue to dive into this argument throughout my blogs, but I love Hellickson. I hope they resign him right now. But, Scott Boras does not work that way. He will float his client to every team and try to maximize his value on the open market this offseason. Klentak had trouble moving him at the deadline last year and his contract will provide some obstacles for both sides again this deadline season. If then by some miracle the Phillies are in the playoff picture, and by that I mean 4-6gb of the 2nd wild card by the end of June, well it will get very interesting around here.

In 2 starts last season, Conley allowed 1 ER in 12.2 IP vs. the Phillies. Their bats have struggled vs. lefties this season, while Conley has been very effective vs. righties holding them to a .191 BA so far. He is off to a decent year this season but has only exceeded 6 IP 3 times in his career. Expect more of the same for this start and expect to see a lot of a Marlins bullpen this series which has been the 3rd most used bullpen in the MLB. They have been effective with a 3.47 ERA.

The Marlins are on the tail end of a 9 game road trip. Coming back from a trip out west, I wouldn’t exactly say the bats have been hot either with a .712 OPS in those games. However, they did hit 11 home runs, with Giancarlo Stanton accounting for 4 of them. Stanton is 9 for his last 17, but is a career 1-21 vs. Velasquez and Hellickson.

Phillies are hitting .279 with 18 XBH since they introduced Aaron Altherr in the 2-hole on Wednesday night. The Hernandez, Altherr, Herrera top of the order possesses all 5 tools. They will continue to be very pesky, so it’s up to Franco, Saunders and Joseph to pick up the slack.