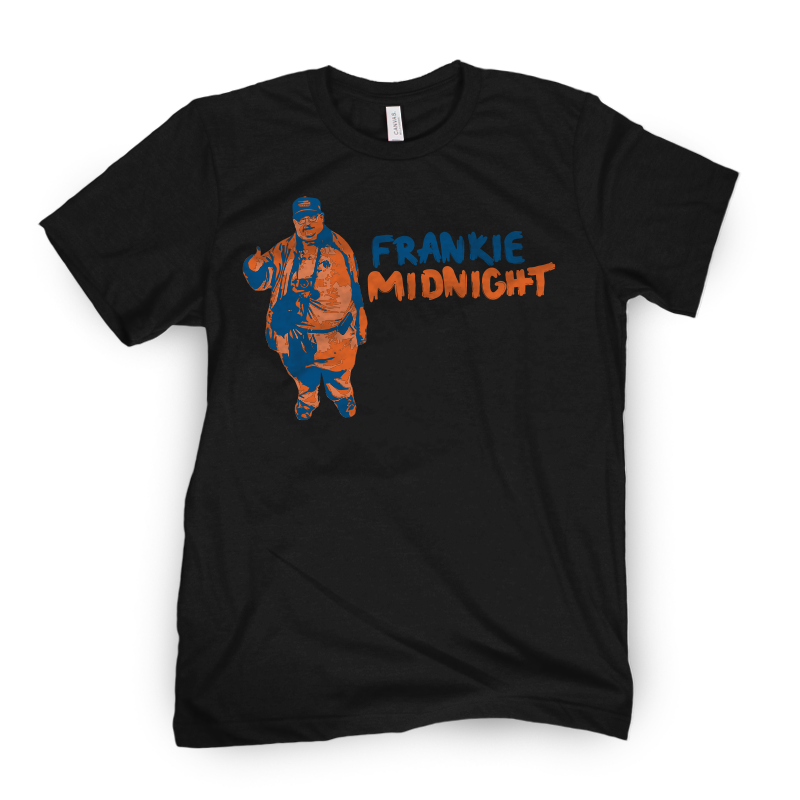 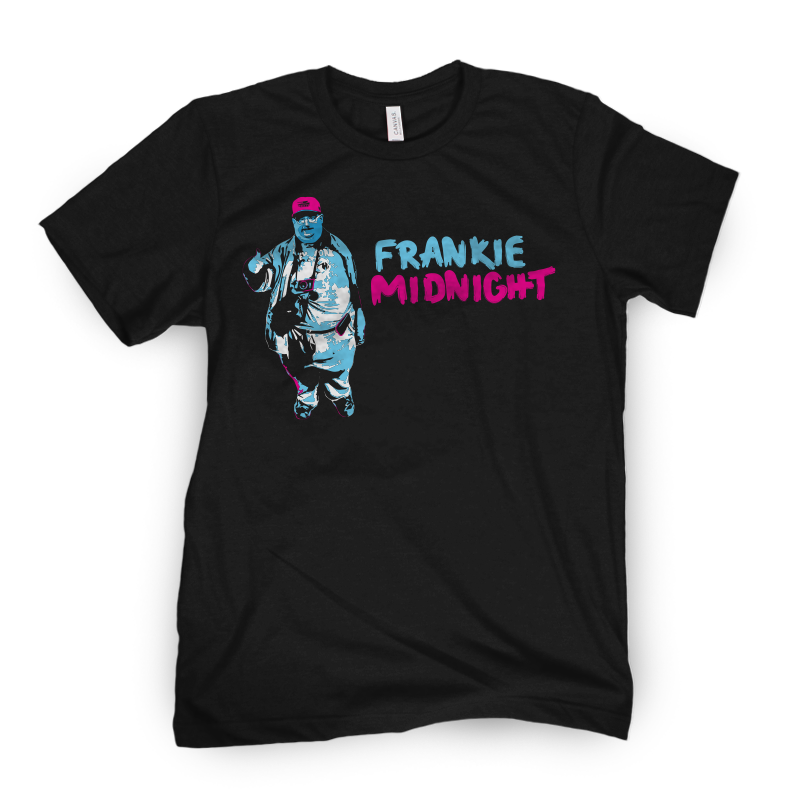 Immortalizing one of the greatest internet titans of all time. Its Frank Fleming AKA Frank The Tank AKA Frankie Midnight. In orange and blue for the Mets fans, in fluorescent colors because the man is a goddam electric laboratory. He sleeps in shifts. He operates at night. When the clock strikes 12 he turns into an internet sensation. He’s been in the game longer than some of Pres’ fans have even been alive. He’s Frankie Midnight. BUY BUY BUY.