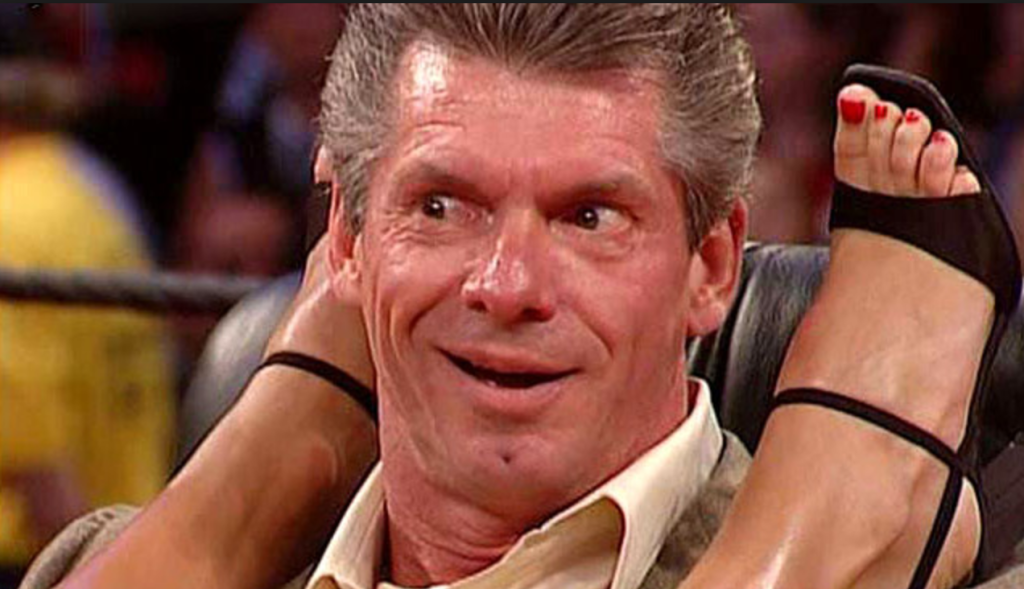 Hollywood Reporter- TriStar Pictures is getting into the ring for a biopic about WWE chairman and CEO Vince McMahon.

The studio is in negotiations for the highly-sought-after Pandemonium, which has Glenn Ficarra and John Requa, who direct and executive produce the hit television drama This Is Us, in talks to direct. Craig A. Williams wrote the script, and Andrew Lazar, who produced American Sniper, is producing the project along with Michael Luisi, president of WWE Studios, and Adam Goldworm of Aperture Entertainment. Charlie Gogolak of Zaftig Films will executive produce.

It’s so hard to get excited about this right now, because professional wrestling doesn’t have a great track record when it comes to movies in production actually seeing the light, but god fucking dammit I’m excited about this right now. I’ve given Vince McMahon more money than I could ever imagine. I’ve been to over FIFTY live WWE shows, three WrestleManias, two SummerSlams, I’ve owned every DVD, VHS, action figure, and t shirt ever produced. I’ve watched thousands of hours of wrestling in my life. WELL into the thousands. But with all of that being said…I don’t think we’ve even scratched the surface on Vince McMahon’s life. I could probably write a book on everything that’s public knowledge, and a sequel on everything I’ve heard through the grapevine over the years, but if this movie could tell even ONE story that’s never been told, it’ll outgross Avatar. Everyone involved in the movie seems to be pretty legit, too. I know people love This Is Us, and those guys also directed Crazy Stupid Love, which is one of those watch every time it’s on movies.

How about movie executives and studios not going anywhere NEAR this movie till they knew Vince couldn’t literally murder them, by the way?

Pandemonium first hit the Hollywood mat last summer but studios hesitated. While the script scored high points, WWE and McMahon had not blessed it and companies didn’t want to antagonize a powerful entity. When Lazar secured McMahon’s life rights, the package in recent weeks made the rounds again and studios were ready to rumble. Multiple parties were interested but sources say that TriStar went all out in their pitch (even decorating their offices with WWE regalia). Hannah Minghella and Nicole Brown will oversee for TriStar.

Straight up fear of the Chairman.