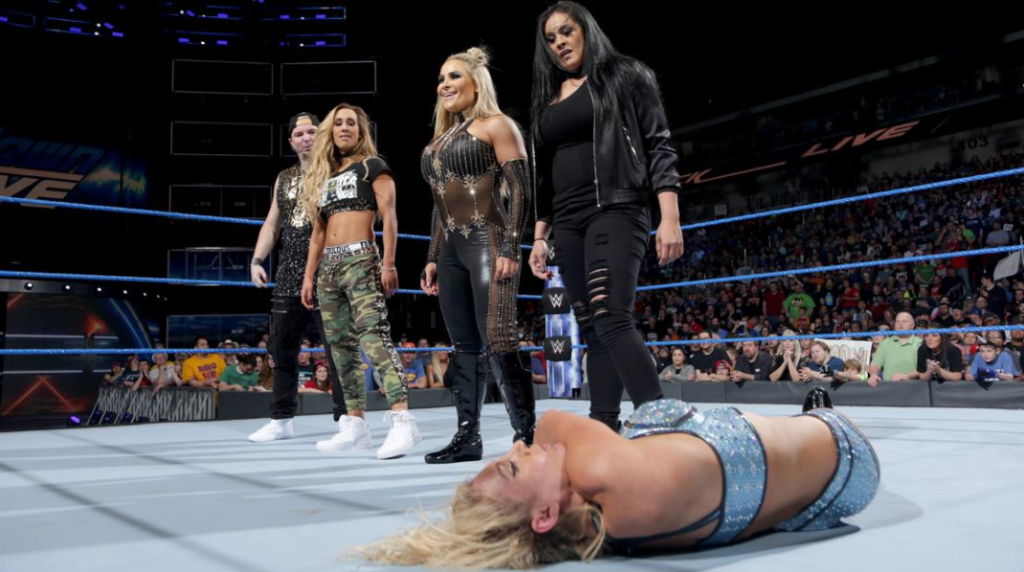 Welcome to the weekly RAW/SD roundup. Apologies for not having two separate ones for RAW and SmackDown, but I’ve had kind of a wild two travel days. I’m writing this from the Cleveland Airport right now, where there is one flight delayed for the day. Just one. It’s mine. I have a businessman to my left and what is possibly a homeless guy to my right. He smells like weed. The homeless guy does too. This is all a wreck. I’m gonna blame Office Manager Brett. Fuckin’ Brett. God damn it. Get it together man. Can’t be booking me on delayed flights.

I really enjoyed this opening segment. I still don’t like Dean Ambrose being such a comedic character because while he succeeds more often than not, he should be the closest thing our generation has to Stone Cold Steve Austin: an anti-authority tweener who shows up to kick ass and take names. BUT, if they want comedy, Ambrose knows comedy. This set up the night’s main event, Chris Jericho and Dean Ambrose vs The Miz and a “co-star”.

Kalisto and Braun Strowman put on a hell of a dumpster match. I did want to see Braun throw Kalisto a thousand yards into a dumpster, which we obviously didn’t get, but both guys looked great and the finish was creative. One of my favorite table match finishes ever was during Cody Rhodes vs Big Show, and this was very similar. The dumpster throw off the stage was cool in concept, but it literally fell like six inches. After Braun murdered Roman two weeks ago, that was kinda lame. 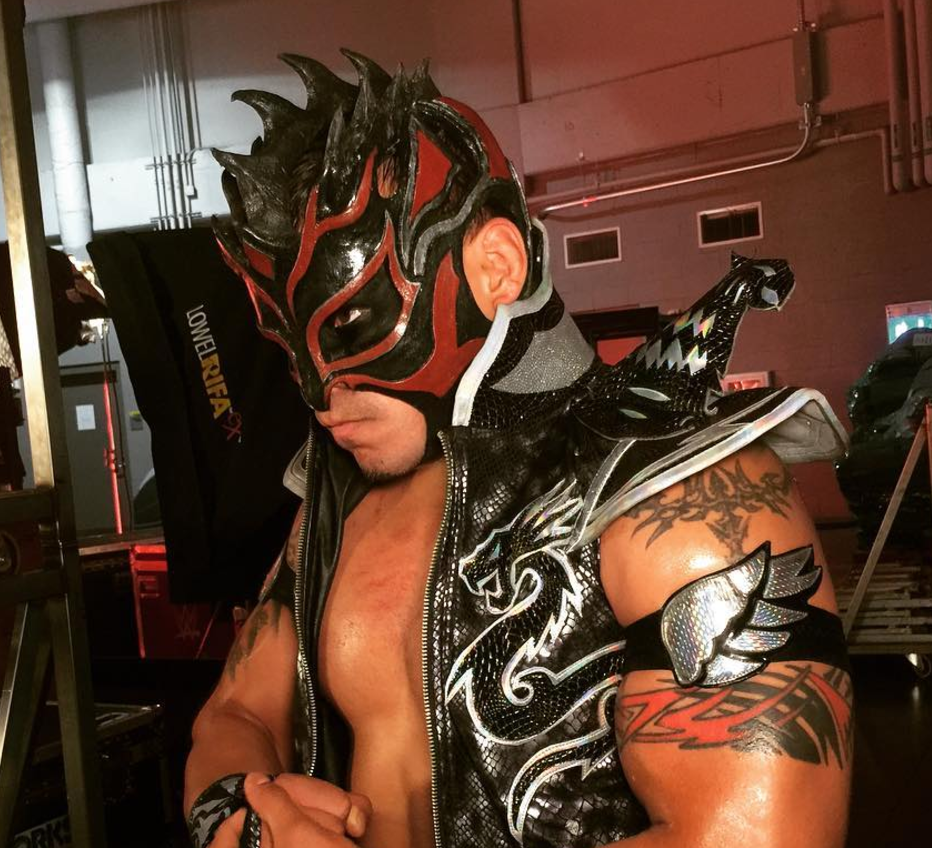 I hate to do this, but I have to address Kurt Angle’s performances since becoming general manager. What’s wrong with him? He constantly has that “Get Out” thousand yard stare on his face and talks like part of his brain has been removed.

This six man was pretty good, other than the finish. That famous Kenny Omega “Rainmaker Knee” is now Rollins’ finisher I assume, but nobody realized that, and it looked like shit, so nobody reacted. Well, one person reacted, actually…

If you don’t know who Omega is, it’s because he primarily wrestles in Japan. He’s possibly the best wrestler in the world, and you may recognize his work in it’s appearances as Seth Rollins’ moveset. Seriously, the guy steals everything from him.

One thing from the six man I have to touch on is Big Cass’ big boot over the top rope to anyone on the apron. It may just be the best move in wrestling right now. It looks and sounds PERFECT every time, and gets a huge reaction from the crowd. Hell, I pop on my couch!

Bayley and Sasha Banks had the misfortune of having to cut a promo opposite Alexa Bliss, who’s in the top 5% of the company as far as mic work goes. She is absolutely fantastic, and fuck it, she may just main event WrestleMania one day. She’s probably main eventing the pay per view on Sunday, and if we’re working towards that direction in the future, Alexa Bliss vs Charlotte could be the match to make, with a heel Charlotte and a badass face Bliss. I’d be down.

Another match from these two that was reeeeeeaaaaaally snug! I think I’d be more into the dynamic if Sasha was fully a heel, and they were just two heels that hated each other’s guts, but I can’t buy her as a face right now.

So that was a really solid two hours of wrestling! There was some other stuff I didn’t include for the sake of length, but the first 2/3 of RAW were honestly very enjoyable. It then fell off a cliff.

What. Was. That. We got like fifteen minutes of the *BABYFACES* beating the shit out of the defenseless *HEEL*, then Bray Wyatt appeared for no reason, to no reaction, hit a few finishers, and RAW was over. Horrible. What the fuck?! Why was Bray so excited to be The Miz’s partner that he inserted himself into the match, but not excited enough to show up for the first 90% of it? Jesus. Onto SmackDown…

There’s not much to say about this that I didn’t say last week, because it was pretty much the same match, but it was good, and I still like both of these guys! Okay!

Here’s kind of a fun fact, because of the loop SmackDown used to be on, the Beat the Clock Challenge night would always end up in Jersey. So I’ve been to like 5 Beat the Clock Challenge nights. Seen dozens of one minute matches that ended in rollups. It’s kinda fun for the first few, but they definitely get old quick. This one was nice, because it lasted like 5 minutes, and apparently the Colons are just the Usos now. Same entrance and everything. They thugs, yo.

I’m so so so ready for the Randy Orton title reign to end. I’m trying to stay really positive here because I realize I’ve said a lot of negative things in this blog, but Orton’s reign and everything associated with it sucks. I’m over it. Let’s do the house of whores match, Jinder match, and drop it to someone, anyone, right after.

Speak of the devil. Fucking Jinder Mahal. Stole the title. No words.

This was great! SO great! I absolutely love Breezango getting a chance, and I think they’re gonna crush it against the Usos at the pay per view. Tyler Breeze has the total package, and really proved himself for years in NXT as an amazing in ring worker. Fandango of course is great, so these guys could basically be the New New Age Outlaws.

Charlotte and Naomi are so good in their current roles I’m not sure I ever want them to change. That’ll be easier for Charlotte as a heel, but if she keeps getting better and better, the crowd will eventually respect that and cheer her. It’s tough to get booed if you’re constantly the best worker in the division. For Naomi, all she has to do is keep it fresh, because she’s very likable as it is. Obviously the big thing coming out of SmackDown is this new stable of second generation wrestlers: Tamina Snuka (Jimmy Snuka), Natalya (Jim Neidhart), and Carmella (some jobber from the 80s).

I got some scary flashbacks to the faction warfare that started the WWE’s “Diva’s Revolution”, and with not that many women on the roster, I don’t love this idea. If they prove me wrong, so be it, but they’ll be working to do so given the past.

Two pretty solid shows, other than that final hour of RAW like I mentioned. Next week we’ll be back to the two blog format. Thanks guys.